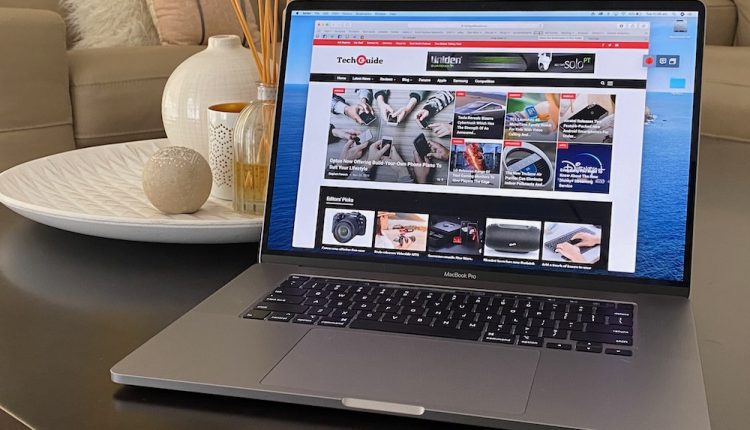 The 16-inch MacBook Pro is Apple's greatest laptop achievement. It is a powerhouse that will more than meet the needs and expectations of creative professionals with an all-round performance that would be hard to match.

The new Apple 16-inch MacBook Pro is a huge jump for an already powerful laptop. Not only do you get an extra inch of screen space but a tremendous boost in power and performance.

And this doesn’t just sit beside the 15-inch in the MacBook Pro range – it replaces it.

The additional inch of screen real estate means a lot for users who would be attracted to this product like photographers, graphic designers, film editors, music producers and other creatives who want to stay productive on the move.

It is basically the same footprint that’s just slightly thicker and slightly heavier yet still adds so much more performance and features.

To fit in the 16-inch screen, Apple has really taken the Retina display even closer to the edges with slimmer borders so you’re getting more screen in the same space.

One new feature for pro video editors is being able to adjust the display’s refresh rate to match the frame rate of their content.

But perhaps one of the biggest changes is to the keyboard. 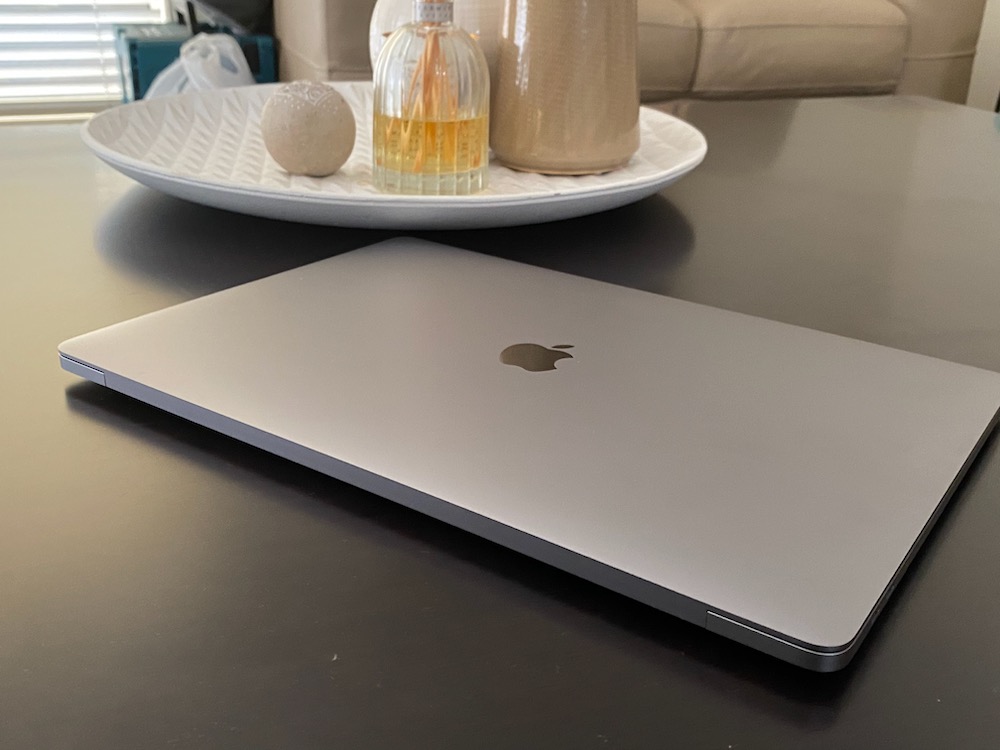 What we find magic about this is the fact that Apple has gone back to a refined scissor mechanism which to us was a little softer and more responsive when typing.

It also offers stability and accuracy – important things when you are typing.

The other change to the keyboard is an inverted T arrangement for the arrow keys which makes it easier to do everything from navigate spreadsheets to playing games.

The Touch ID button is also separate and also acts as the on/off button.

Apple’s 16-inch MacBook Pro has really got where it counts with 6-core and 8- core ninth generation Intel Core Processors turbo boost up to 5.0GHz. 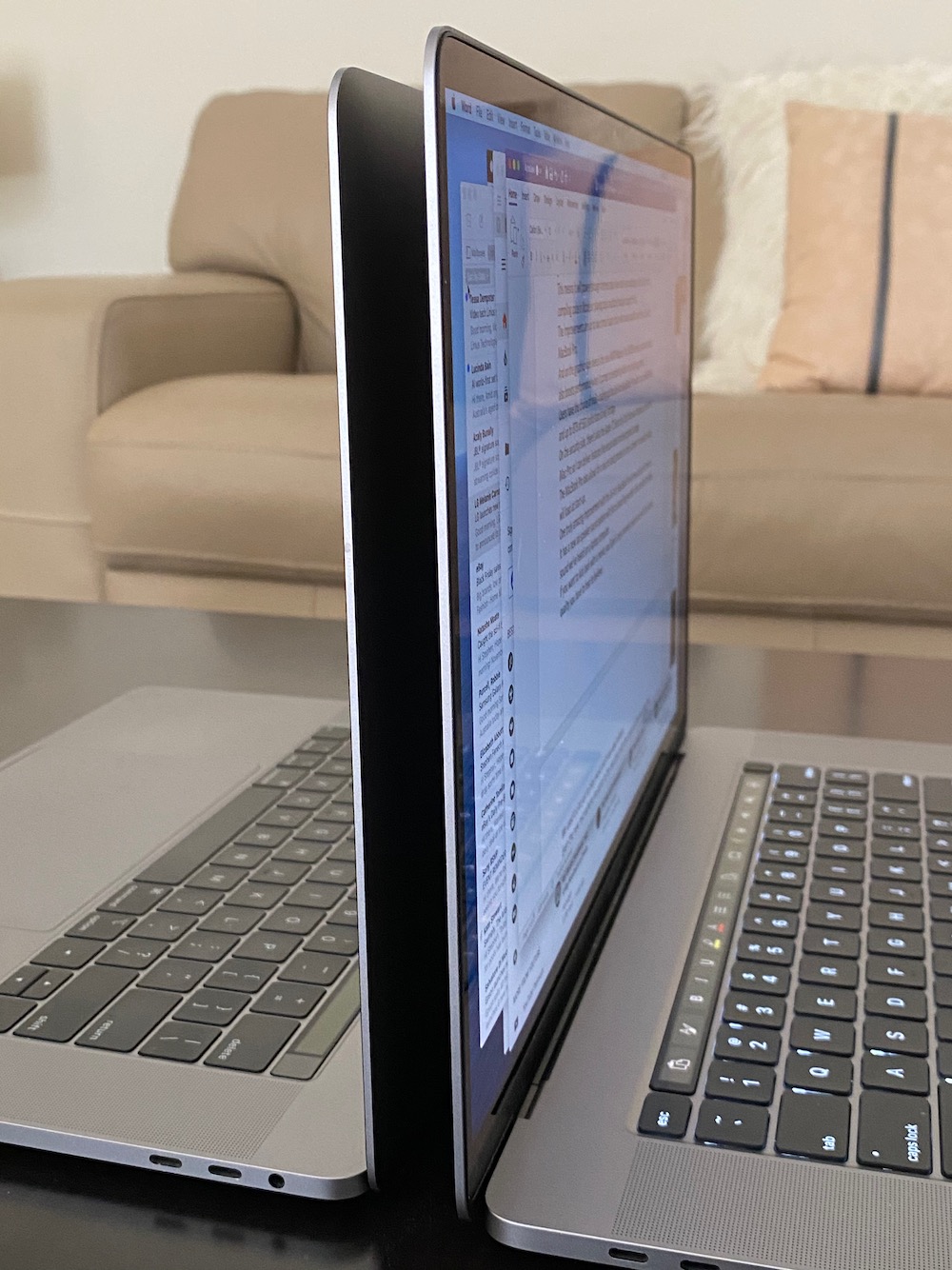 This means it will power through intense tasks like multi-cam editing in Final Cut Pro X, compiling code in Xcode or playing back multiple tracks in Logic Pro X.

The improvements are up to two times faster than what was possible with the 15-inch MacBook Pro.

And on the graphics side there is the new AMD Radeon Pro 5000M series graphics which also boosts performance when it comes to rendering video and playing games.

Users have the choice of really loading up the 16-inch MacBook Pro with up to 64GB RAM and up to 8TB of SSD (solid state drive) storage.

On the security side, there’s also the Apple T2 Security Chip that was introduced with the iMac Pro so I can deliver features like secure boot and encrypted storage.

The MacBook Pro also allows for a secure boot process so only software trusted by Apple will load at start-up.

One truly amazing improvement with the 16-inch MacBook Pro is the audio performance.

It has a new six speaker sound system with force cancelling woofers that provides the best sound we’ve heard on a laptop computer.

If you want to kick back with a movie, you’ll get a truly cinematic experience with the sound quality you have to hear to believe. 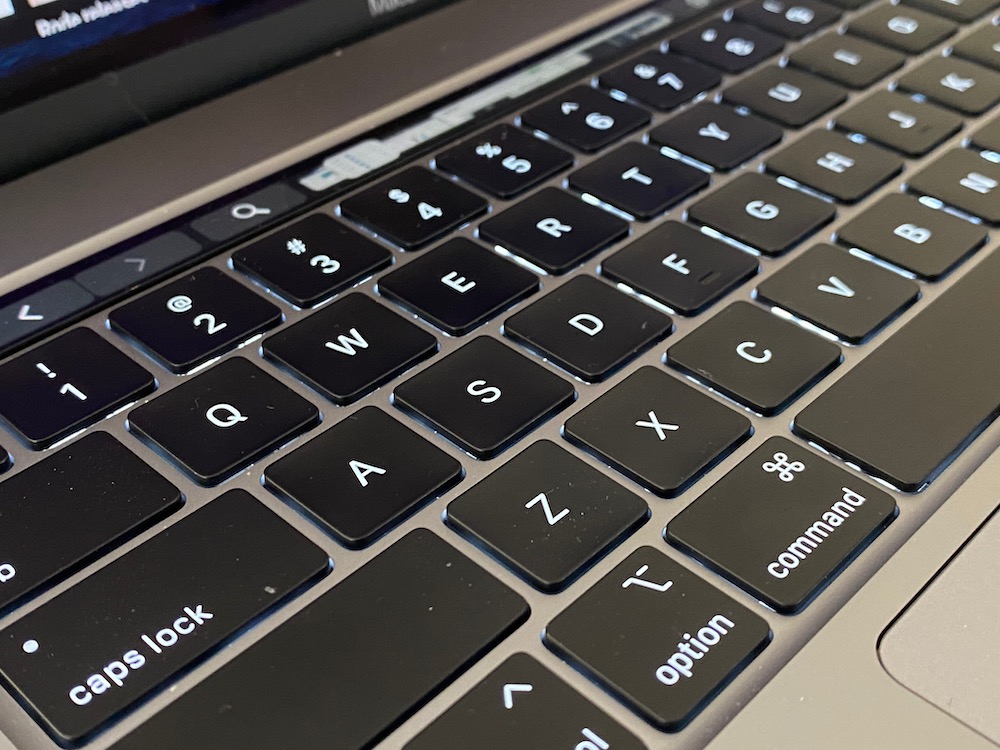 We used it a lot just to play music and it sounded brilliant.

Even the new microphone has gone to the next level with the studio quality mic array that has a signal-to-noise ratio on the level of professional grade stand-alone digital microphone.

The quality of recordings made with the 16-inch MacBook Pro is remarkable.

Imagine how good you are going to sound talking to your friends and family on FaceTime. They will definitely be hearing you loud and very, very clear.

Apple has also included a 100-watt hour battery – the largest possible for a laptop which delivers up to 11 hours of battery life. 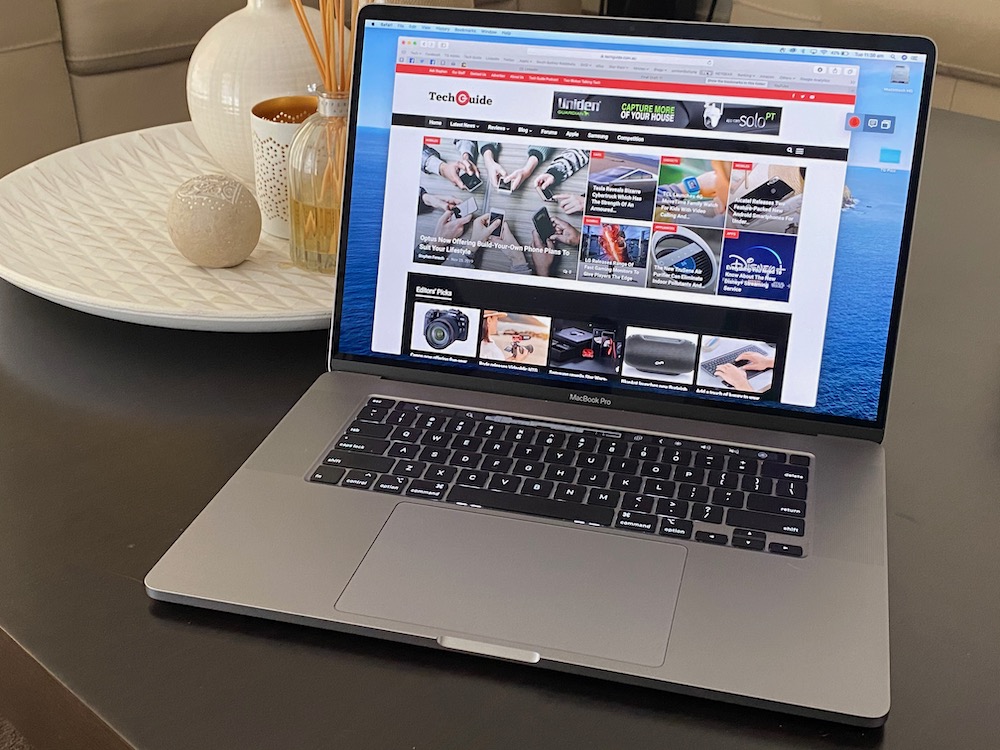 That’s an extra 16-watt hours than the 15-inch MacBook Pro.

And it also comes with a new 96W power adapter which is the same size as the 87W adapter that came with the 15-inch MacBook Pro.

There are still the same four USB-C/Lightning ports which allow users to charge, share data and connect external monitors. 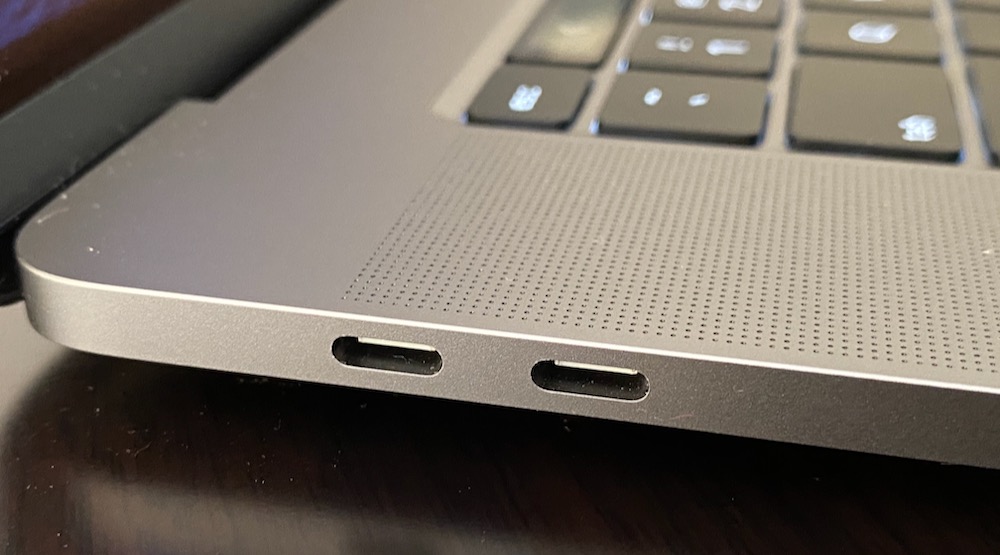 We would have loved to have seen a microSD card reader just to make it a little easier to get your content onto the device rather than having to resort to a dongle or hub.

The 16-inch MacBook Pro is Apple’s greatest laptop achievement. It is a powerhouse that will more than meet the needs and expectations of creative professionals with an all-round performance that would be hard to match.