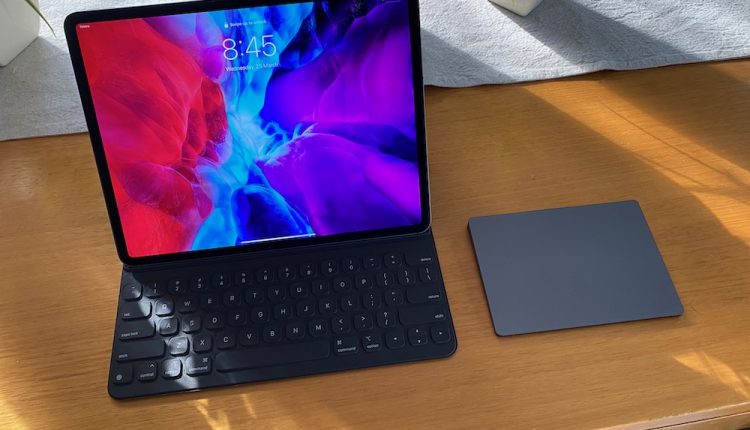 There’s no denying the power of the iPad Pro and the versatility just went to the next level with the improved camera and performance along with mouse and trackpad support. It’s as close as you’ll get to a laptop replacement while still having the best tablet money can buy.

The latest and most powerful iPad Pro has edged even closer to behaving like a fully-fledged laptop thanks to significantly improved performance and new support to pair a mouse or trackpad.

Apple has also unveiled a new Magic Keyboard with backlit keys and a trackpad – but this review won’t include it as it’s not due till May.

The new onboard A12Z Bionic chip isn’t a massive improvement on last year’s iPad Pro but an improvement nonetheless on an already powerful product.

The kind of power the iPad Pro puts in your hands would put most laptops to shame.

You’ll be surprised just how powerful and responsive the iPad Pro really is and the 8-core graphics processor just adds to the quality and smoothness of the device. 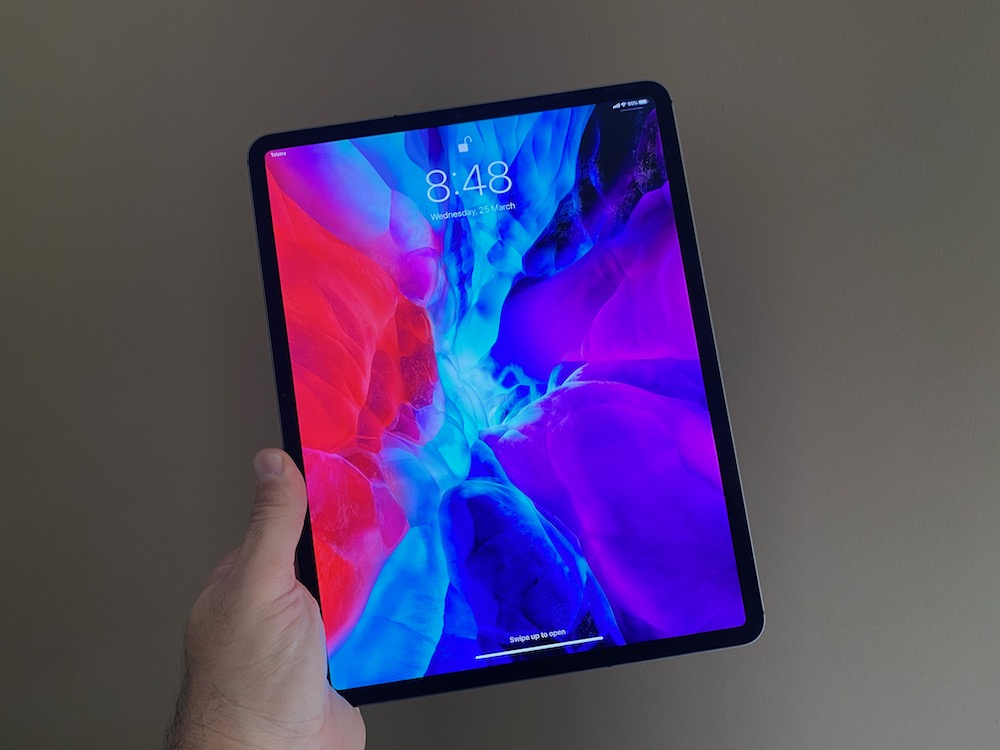 And there is still a USB-C port which opens up a lot of flexibility so you can connect external hard drives and thumb drives and drag off the content to view it.

We found you can’t play content on the iPad from an external hard drive. The file needs to be saved on the device to do it.

We suspect this is a move by Apple so customers can’t just by the lowest memory capacity iPad Pro and just expand the memory with an external drive or SSD. 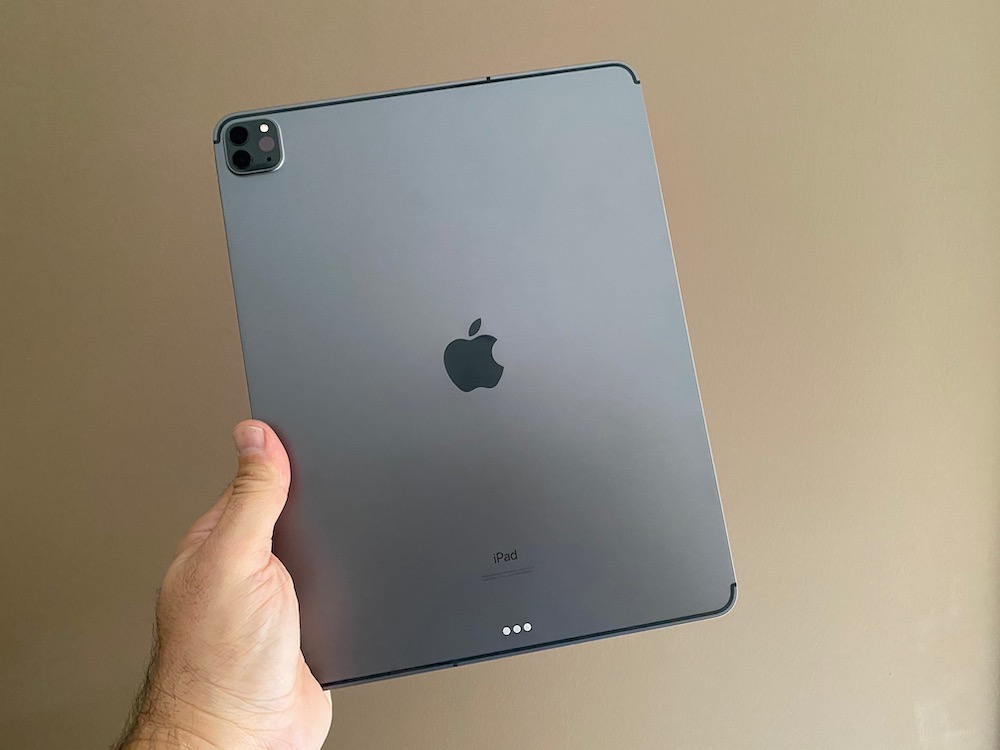 But that USB-C port can also be used to connect an external monitor or a camera and even a musical instrument.

The iPad Pro now includes a dual camera system with a 12-megapixel wide angle camera and a 10-megapixel ultra-wide camera that can shoot amazing photographs and also 4K video.

And having a larger screen makes it even easier to frame up your photos or videos.

Another exciting addition to the camera module is LiDAR (light detection and ranging) which can measure the distance to nearby objects.

It helps with your photos but the main benefit will be seen with the growing number of AR apps that are being released.

LiDAR (which also makes the Measure app even more accurate) helps map the room to see the objects and the spaces between them. 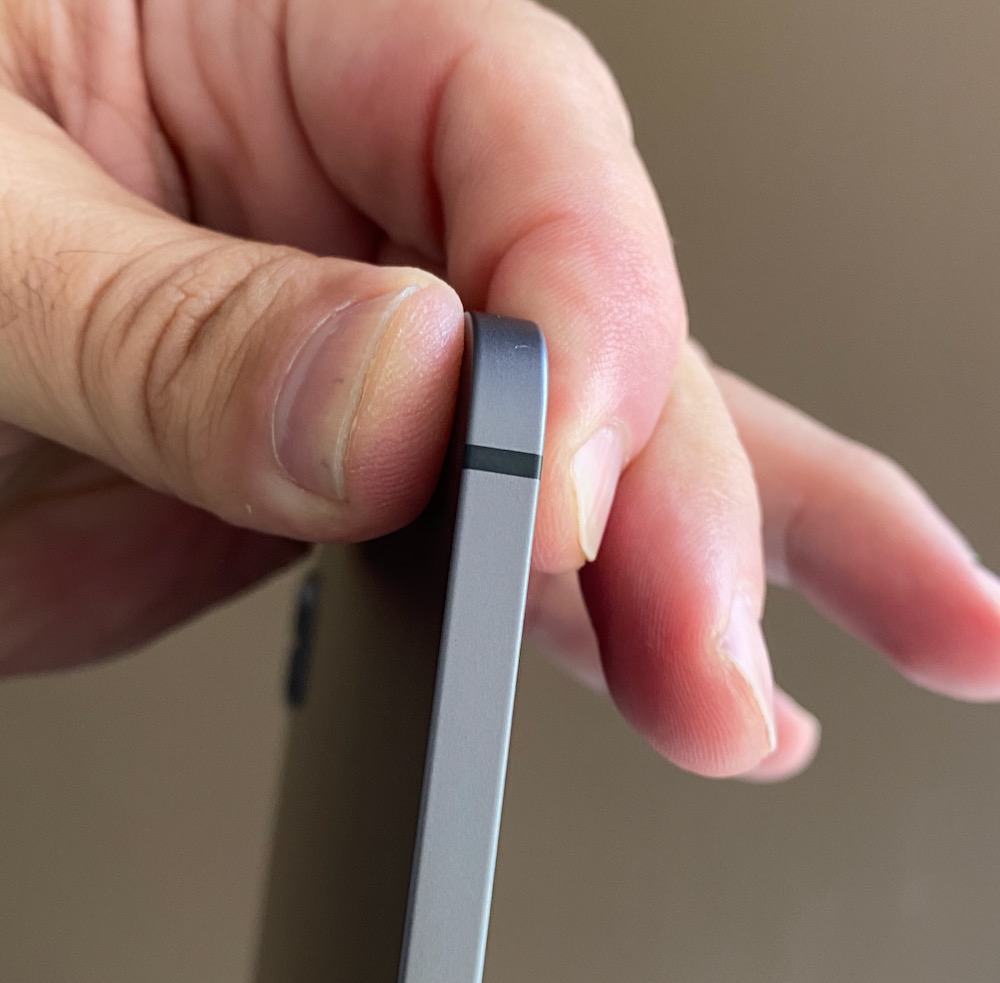 The increased accuracy will make the latest AR games even more compelling and also come in handy with apps that can allow users to virtually place furniture and appliances in their rooms.

Of course the Apple Pencil works seamlessly with the iPad Pro and can be attached magnetically on the top edge of the tablet.

If you’re a more tactile user who likes to paint and draw, the Apple Pencil on the iPad Pro delivers.

The Apple Pencil can also be used to navigate the system and apps as well so it’s worth investing in one if you’re buying an iPad Pro. 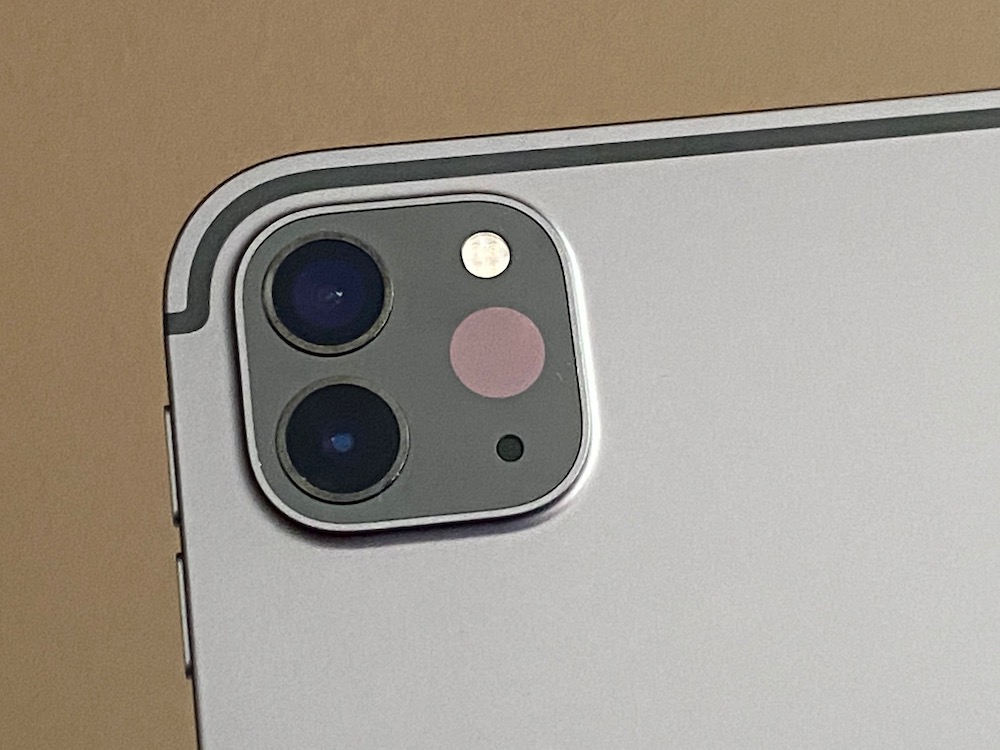 One of the most exciting things about the new iPad Pro is support for a trackpad or a mouse which can now be paired to the device via Bluetooth.

For this review we paired both a Magic Trackpad and a Bluetooth mouse.

What you’ll now see on the screen is a circular cursor that creates an even easier and more familiar way to find your way around the iPad Pro and get things done.

This helps with scrolling webpages, documents and your photos and more. You’ll see the options available to the mouse when you hover the cursor over various icons. 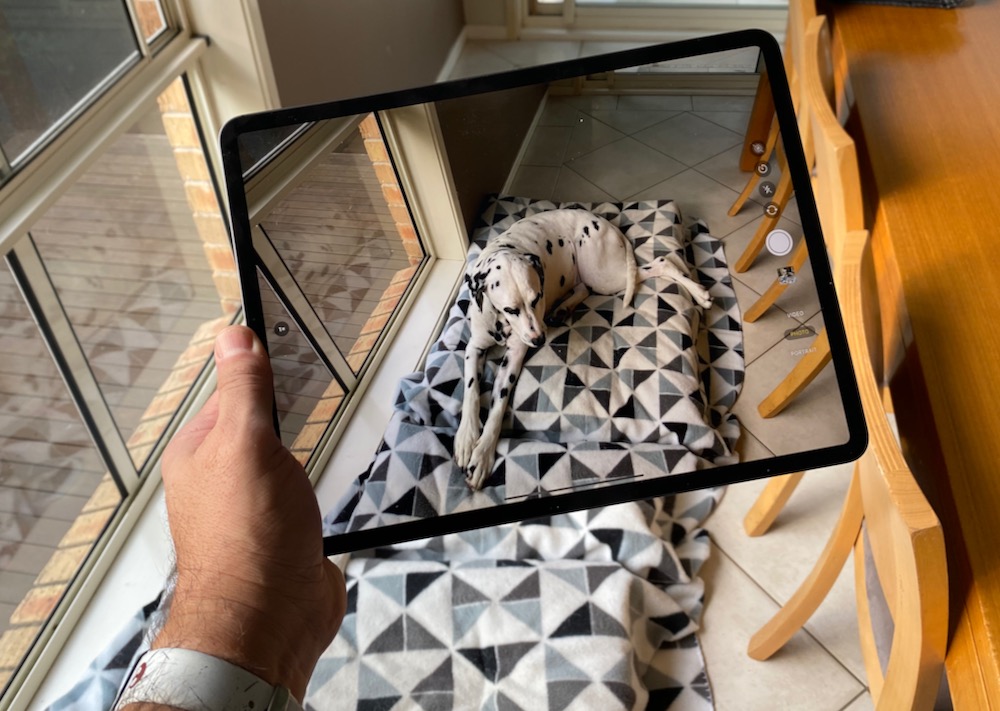 For customers who were on the fence with the iPad Pro as a laptop replacement, this will tip them over the edge.

The MacBook Air and MacBook Pro will never ever have a touchscreen so this is as close as you’ll get to an Apple touchscreen laptop.

But while the trackpad and mouse support is significant, you don’t quite get the same experience as you would on a laptop.

There are trackpad gestures but no keyboard shortcuts and some of the select and highlight functionality with text also takes some work.

But you can always reach out and touch the screen if all else fails.

The new Magic Keyboard which has a full size backlit keyboard and a trackpad.

It has a USB-C port on the hinge of the keyboard for pass through power so you can keep the iPad Pro’s USB-C port free to connect a monitor or camera. 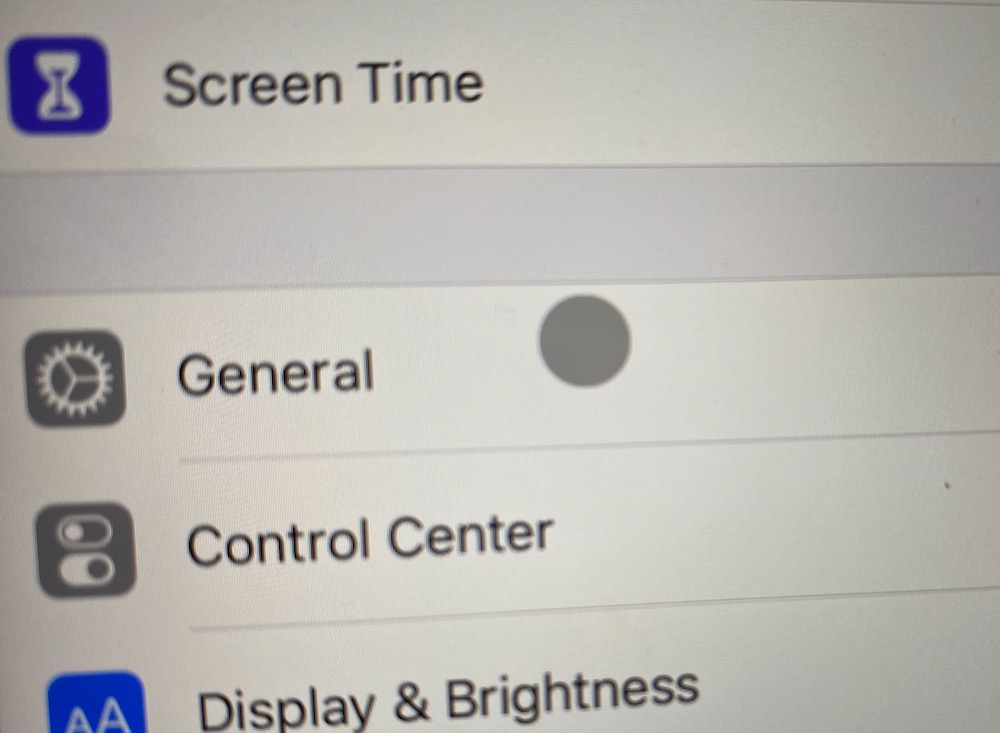 The tablet attaches magnetically to the keyboard is suspended above the keys with the screen able to be adjusted at any angle.

At the price of the 12.9-inch Magic Keyboard – it makes it more expensive than Apple’s entry level iPad. 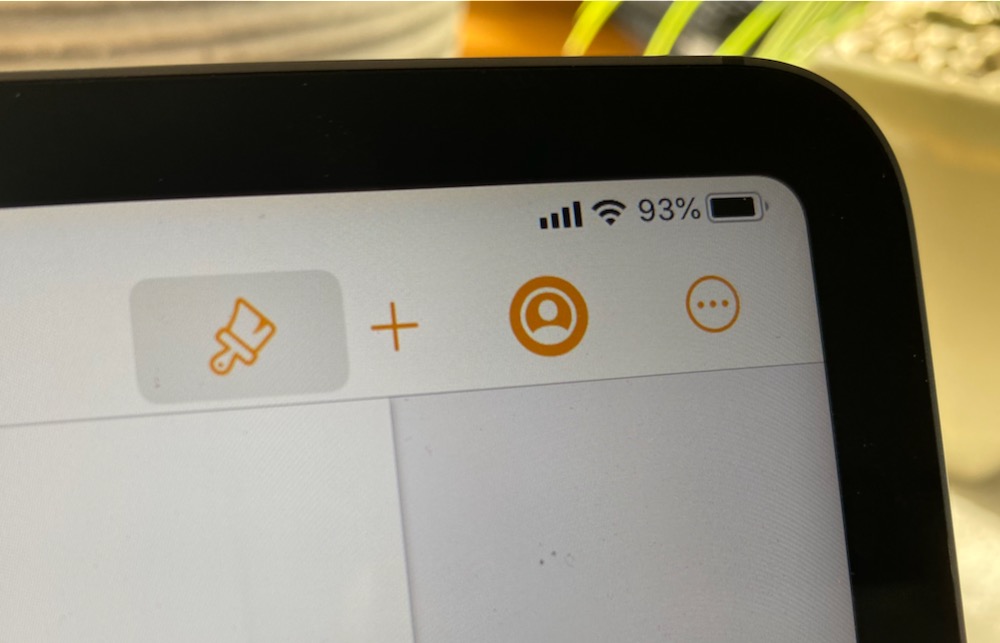 We have no doubt the Magic Keyboard will transform the iPad Pro into a much better device but it’s not a cheap investment.

A 12.9-inch iPad Pro with 1TB memory and Magic Keyboard will cost you more than $3,000 – that’s more expensive than the 13-inch MacBook Pro – but the MacBook Pro doesn’t have a touchscreen.

So you can see the choices customers have if they are looking for a laptop-like device from Apple. 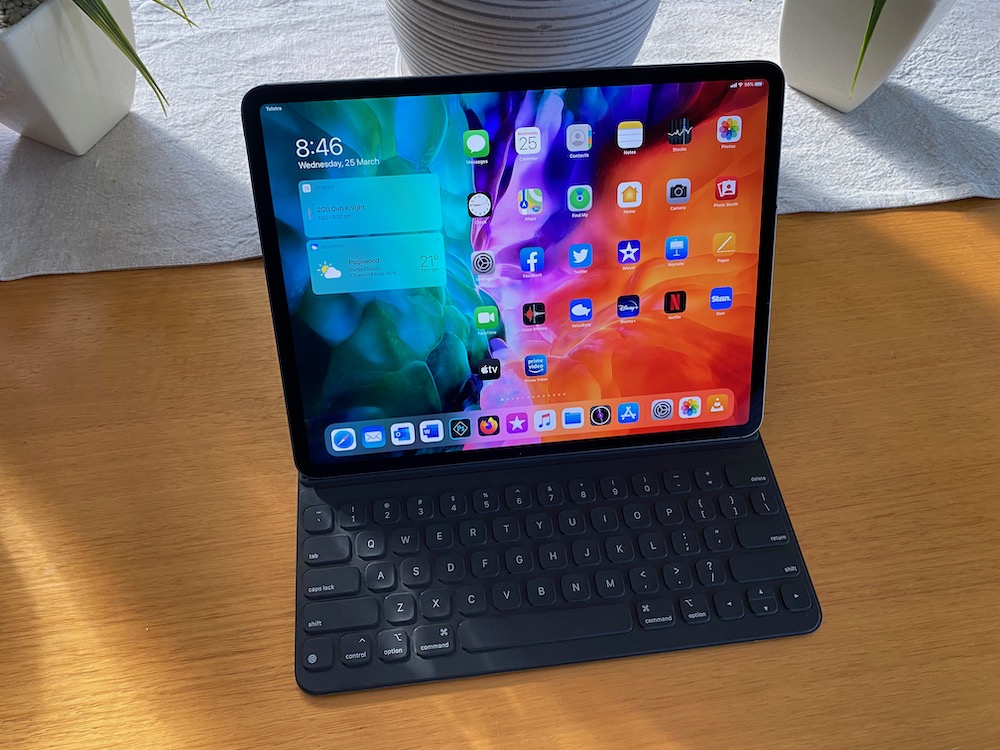 There’s no denying the power of the iPad Pro and the versatility just went to the next level with the improved camera and performance along with mouse and trackpad support. It’s as close as you’ll get to a laptop replacement while still having the best tablet money can buy.

The device that can care for elderly Australians during coronavirus isolation