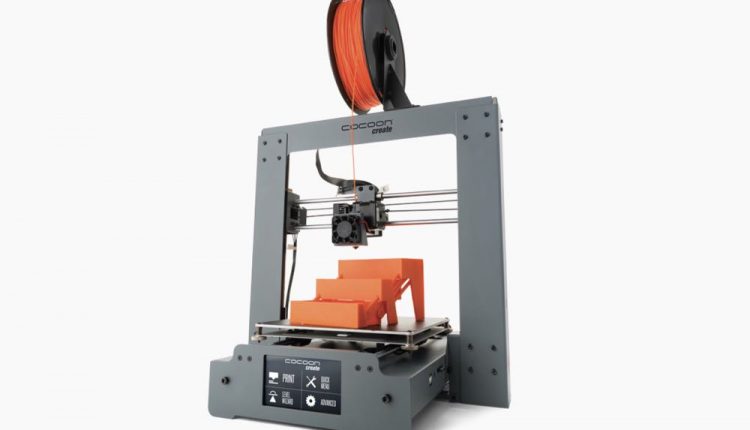 Many people interested in purchasing a 3D printer have been put off by the high prices but now there’s an affordable product available from Aldi priced at under $500 that can open up a whole new world of creation.

The Cocoon Create 3D Printer Touch is priced at $499 (we’ve seen it’s been reduced even further to $449) and Tech Guide put it through its paces.

We’ve never used a 3D printer before and we imagine the more expensive models can print larger objects.

When 3D printers were brand-new, like any new technology, they were quite expensive.

But now, years later, there are a lot more affordable as we can see from the Cocoon Create 3D Printer Touch.

What’s the use of having a 3D printer, a lot of people ask.

For a start, it’s a lot of fun making objects.

You can create all kinds of things including desk organisers, decorative objects and even jewellery. 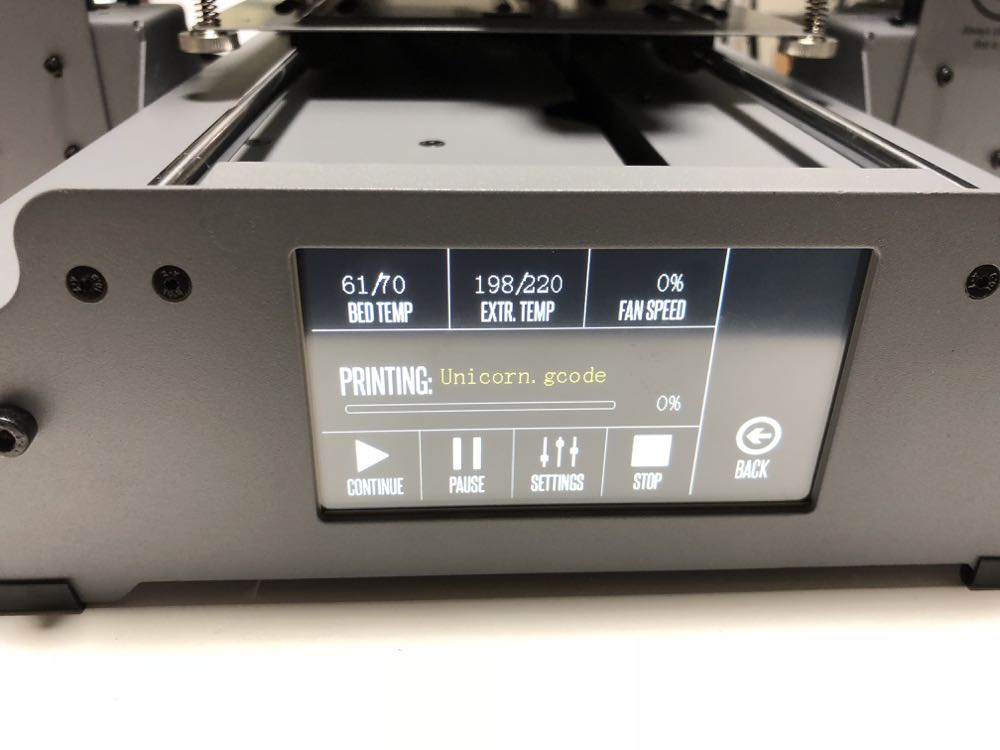 It won’t be long before instead of buying parts for our household products and appliances, will be able to print them out ourselves.

The Cocoon Create 3D Printer Touch is priced like a beginner’s machine but can a beginner use it? We decided to find out.

But before we get into our review you have to understand how 3D printing works.

A 3D printer produces three-dimensional objects unlike your regular printer that can put writing or pictures on a piece of paper. 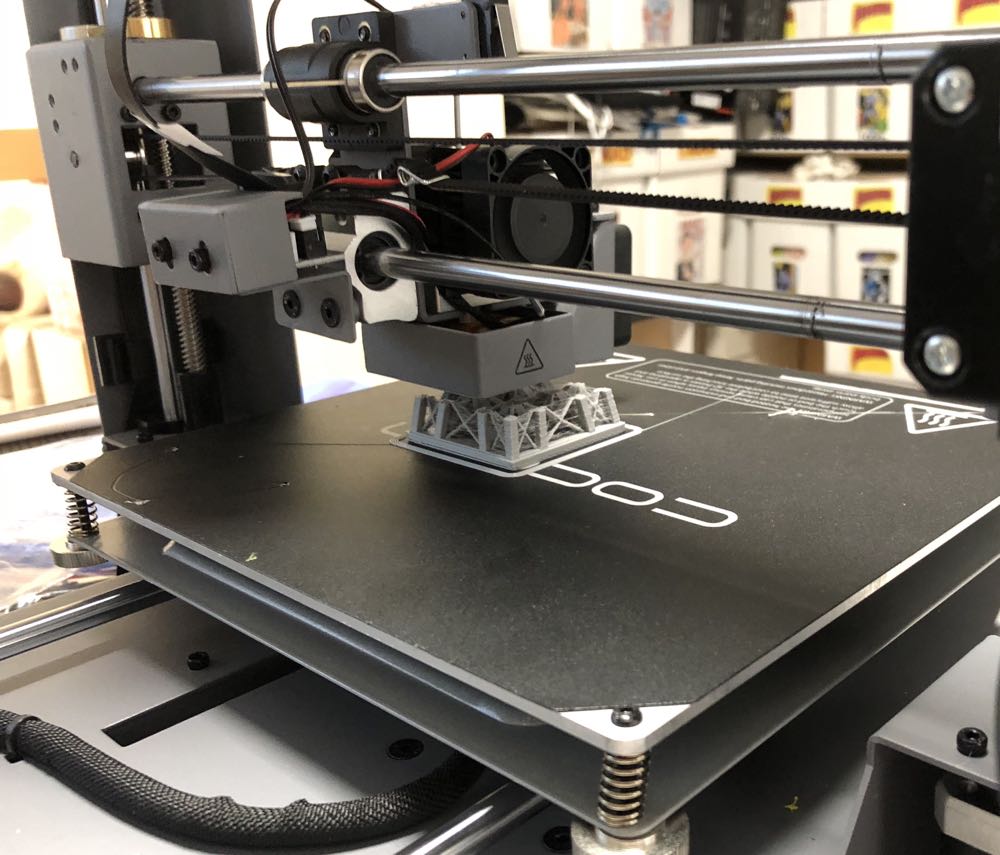 To do this it requires plastic filament which is fed into an extruder.

Like a regular printer, a 3D printer also requires a file.

In this case that file is a three-dimensional construction of an object which the printer can follow and create layer by layer.

Each layer is about a millimetre high with some objects taking several hours to produce.

The 3D printer creates these layers by heating up the plastic filaments and depositing that melted material to lay them in a certain order until the object is complete.

Have a guess what we’re printing with the Cocoon Create 3D Printer Touch from @aldiaustralia. Find out in our review at techguide.com.au #3dprinter #filament #aldi #tech #review

OK, now you know the basics of 3D printing, let’s turn our attention to the Cocoon Create 3D Printer Touch.

The device comes in a pretty large box and after you unpack all the pieces, you need to put it together.

The 3D printer needs a bit of room and has about the same footprint as a multifunction printer.

The difference here is it also needs a fair bit of height, so you can fit the filament roll and give it space to produce objects. 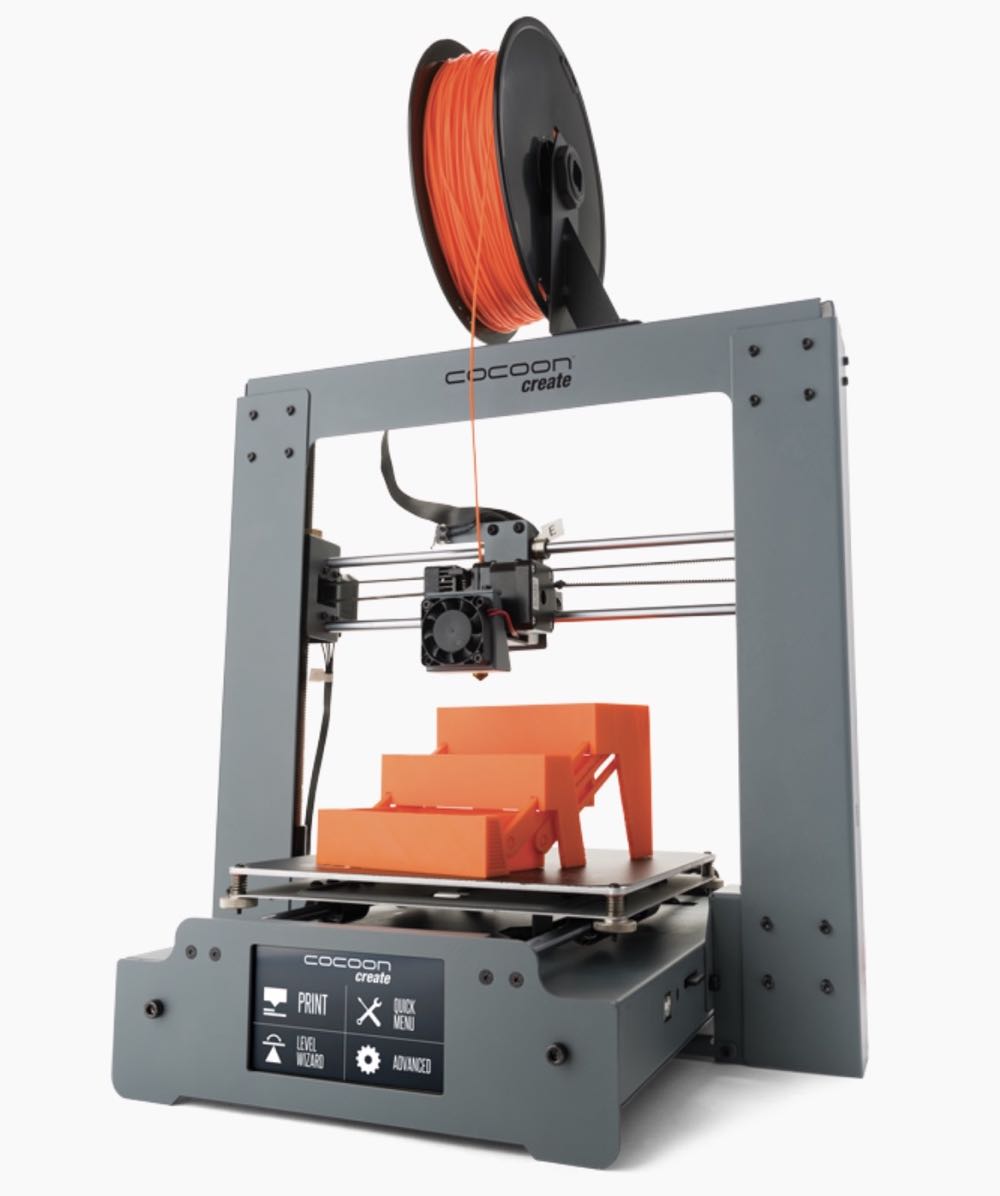 To get started we had to place the printer’s base through the tower frame and screw it all together.

Part of the base is the print bed where the object is printed layer by layer. On the front is a touchscreen to control the device.

The tower frame includes the extruder and the belt drive.

And plugging all the parts together was really simple thanks to the clear labelling – A plugs into A etc.

It wasn’t long before we were all set up, all plugged in and ready to go.

Included with the printer are some filament samples in various colours so you can print out a few small objects.

For serious printing, you will need to purchase larger filament rolls which cost about $40 each and are available in various colours.

But there was enough filament to get started printing small objects. 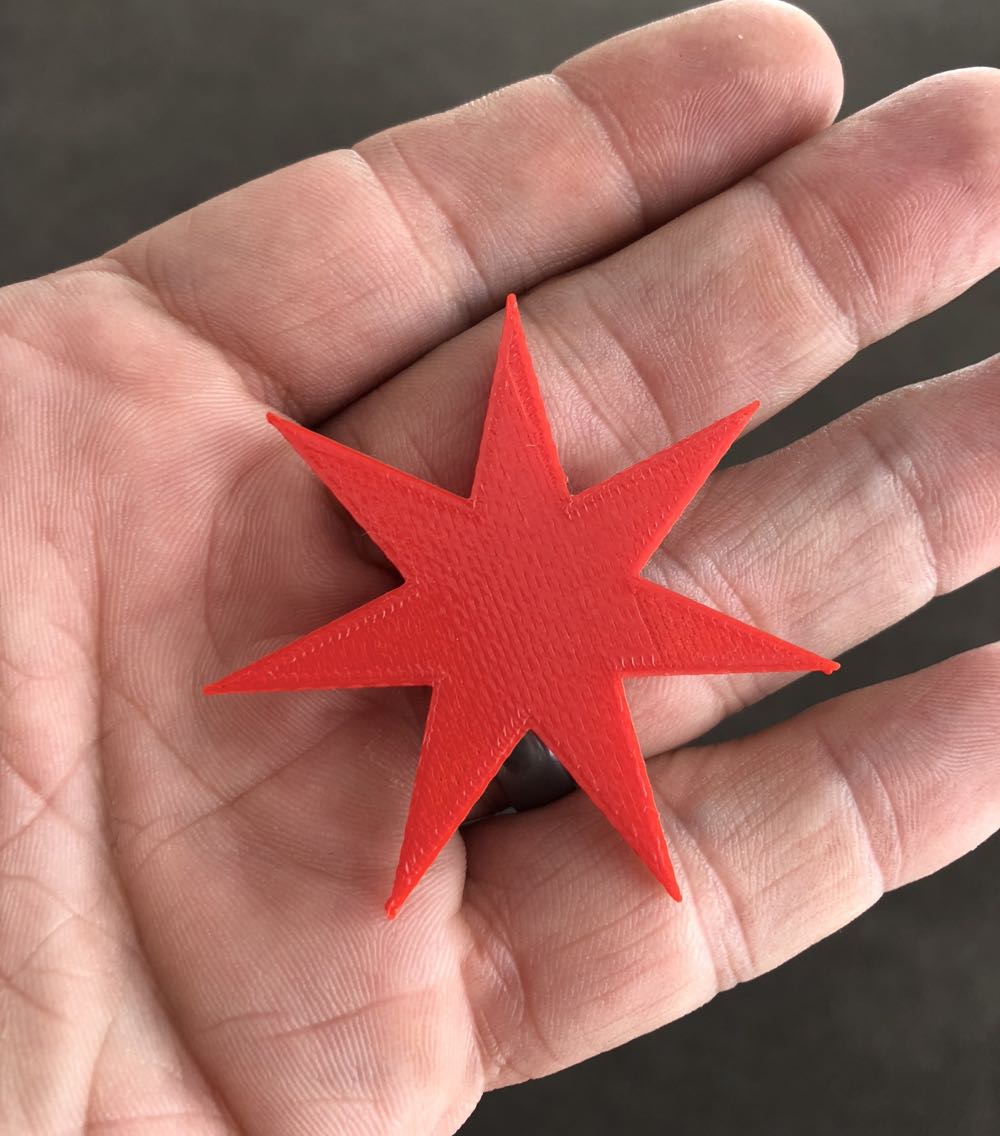 Setting up Cocoon Create 3D Printer Touch serves two purposes. It gets the printer ready for your first print but also teaches you the basics of 3D printing.

First thing we had to do, was make sure the print bed was level. Each corner of the bed has an adjustment screw as the extruder moves to each corner.

A small card that comes with the printer is used to test the gap between the extruder and the print bed.

To increase or reduce the gap between the bed and the extruder, you adjust the screw to raise or lower the bed.

After levelling the bed, the next step is to feed in the filament. 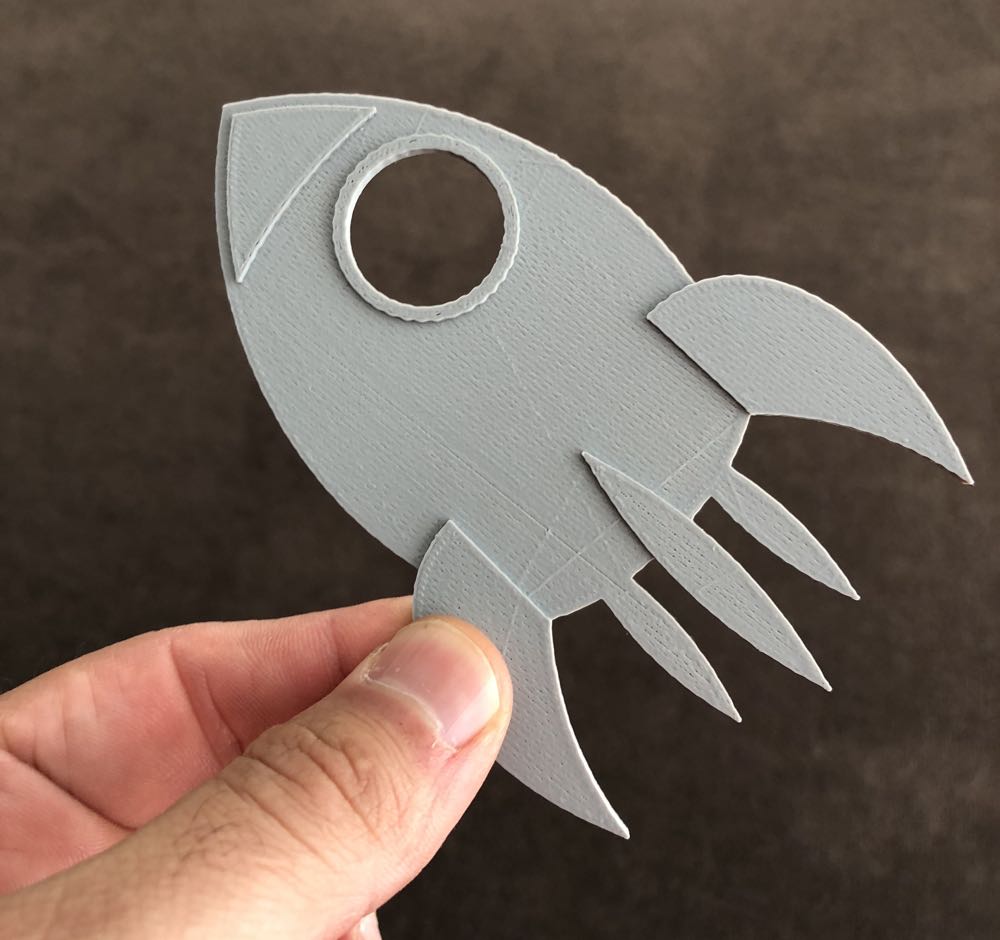 A small lever allows access to pass the filament down into this gap. It was here where the instructions weren’t too clear.

We had to look up a video on YouTube to give us a better direction on how to set it up.

Another thing we learned was that a 3D printer needs to operate at high temperatures.

The printer bed is heated to a certain level – usually about 70 degrees – while the extruder, so It can draw down the filament and melted to mould into the object, can be as hot as 240 degrees. 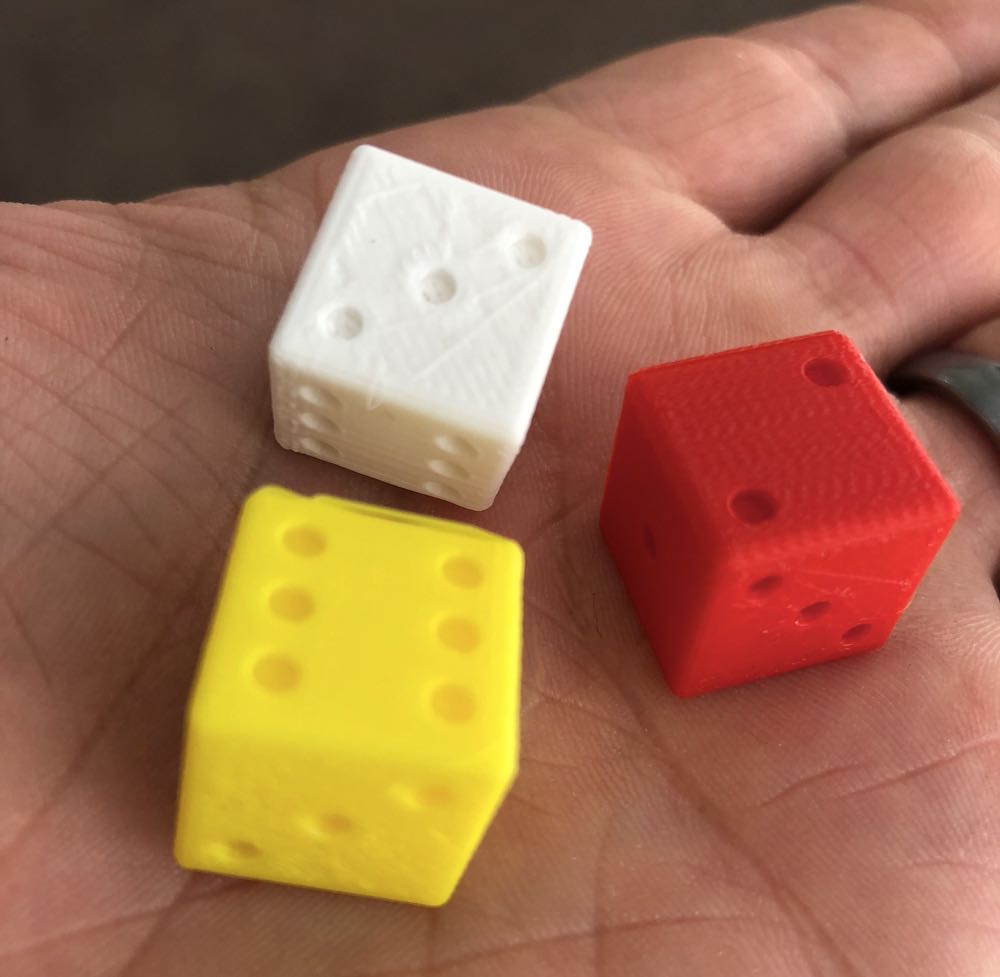 So a tip for young players, keep your hand away from the bed and the extruder while the printer is working.

There are some examples on the included SD card which slots into the side of the machine.

There is a cable to connect it directly to your computer, but that isn’t necessary. You can print directly from the SD card if you prefer.

Also included on the SD card is the Cura software which is a free open source slicer, available for Windows and Mac computers which allows users to convert 3D files into the gcode format.

The touchscreen makes it easy to navigate the menus with the main tasks being adding filament and choosing the object you want to print. 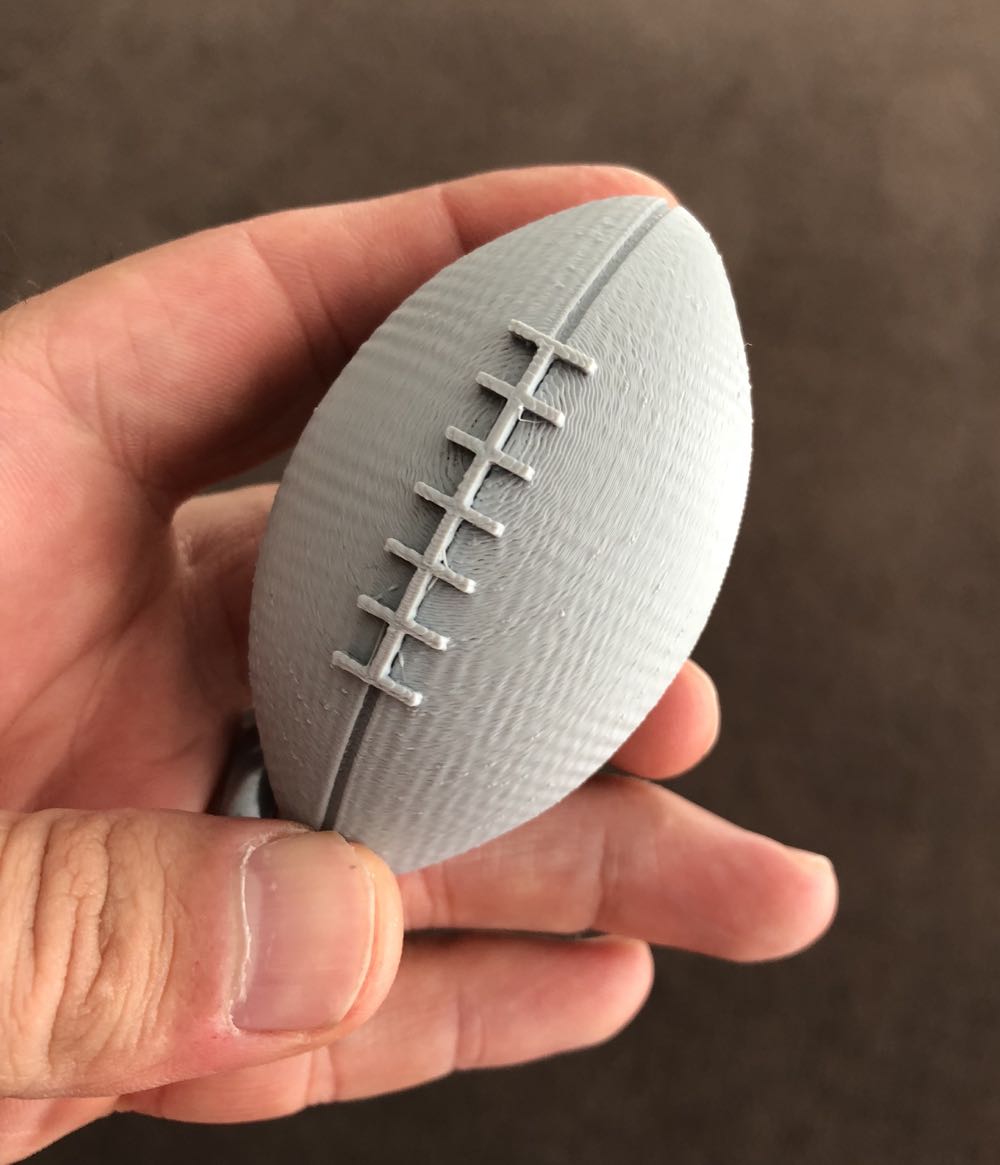 The printer is bed level and the filament has been fed into the extruder and is starting to feed out of the bottom.

This is when you know you’re ready to go.

First up we chose something simple to print – a seven-pointed star. This only took about 20 minutes and we were surprised with the quality.

And the fact that we created something from nothing – three-dimensional object we could hold our hands – was fascinating.

We got braver and more confident and started printing other objects including a unicorn, a dice, more stars, a moon and an NFL ball.

We were really impressed with the level of detail the printer can produce right down to the finest points and sharpest corners.

The smoothness and consistency of the surfaces was also surprisingly high quality.

But this process also had some hiccups. There were times when the object we were printing wouldn’t stick to the print bed and we had to stop everything and start again. 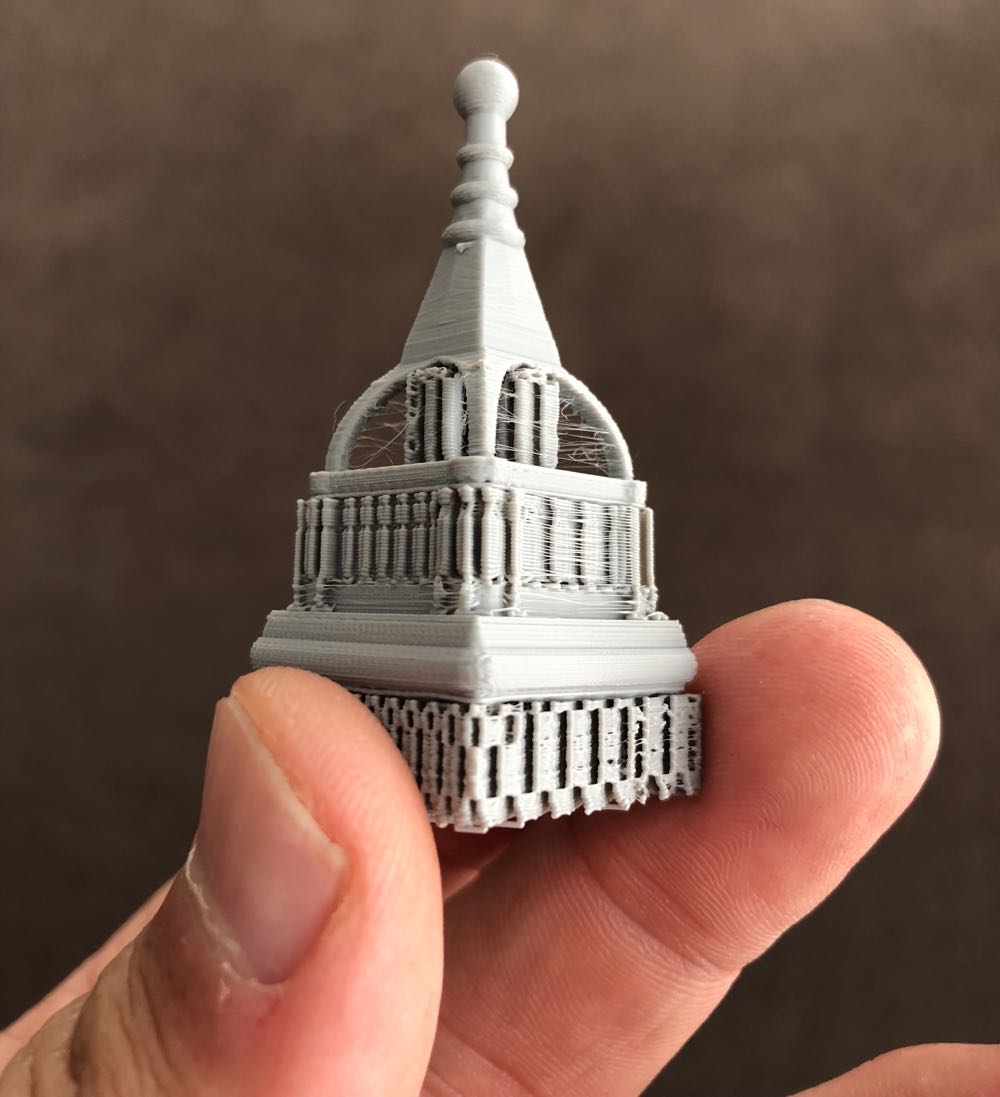 There were also other issues we had where we needed to call technical support to help us through.

The issue we had was while we were trying to change the filament and it just wasn’t going through.

We were advised to take apart the extruder cooling fan and assembly – there were only two screws involved – and we found a piece of filament had broken off inside the extruder which explains why the new filament wasn’t passing through.

We removed the excess filament with a pair of tweezers and put everything back together again and we were good to go.

We added a full roll of filament so we can print out some larger objects.

One was a rocket that had to be printed in three separate pieces before fitting neatly together.

As we are writing this review, we are halfway through printing a small replica of the Eiffel Tower. 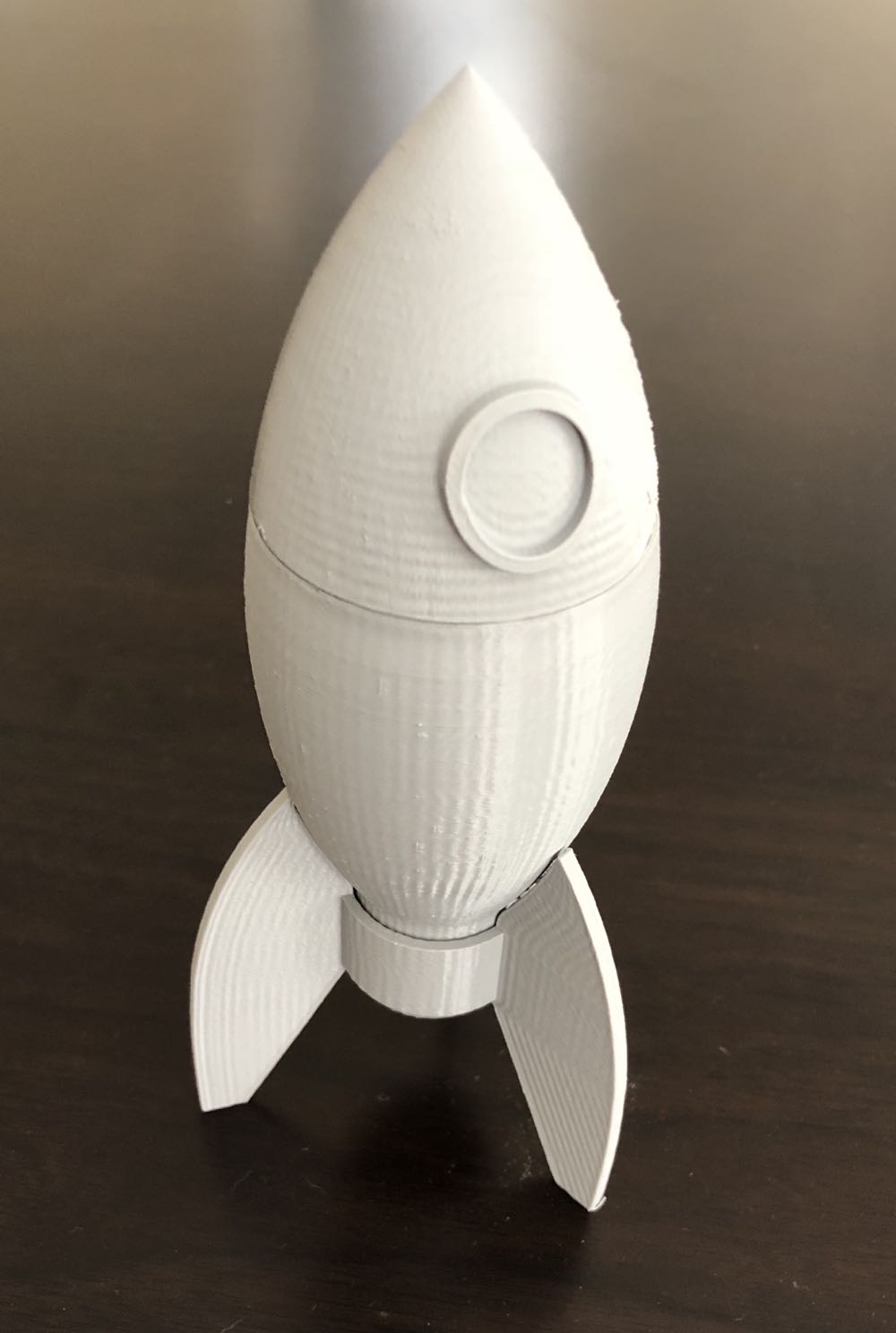 Users have to understand, some prints can take quite a long time, were talking up to ten hours in some cases.

But it is fascinating to watch as the object is being built and how, layer by layer, we eventually see the finished product. 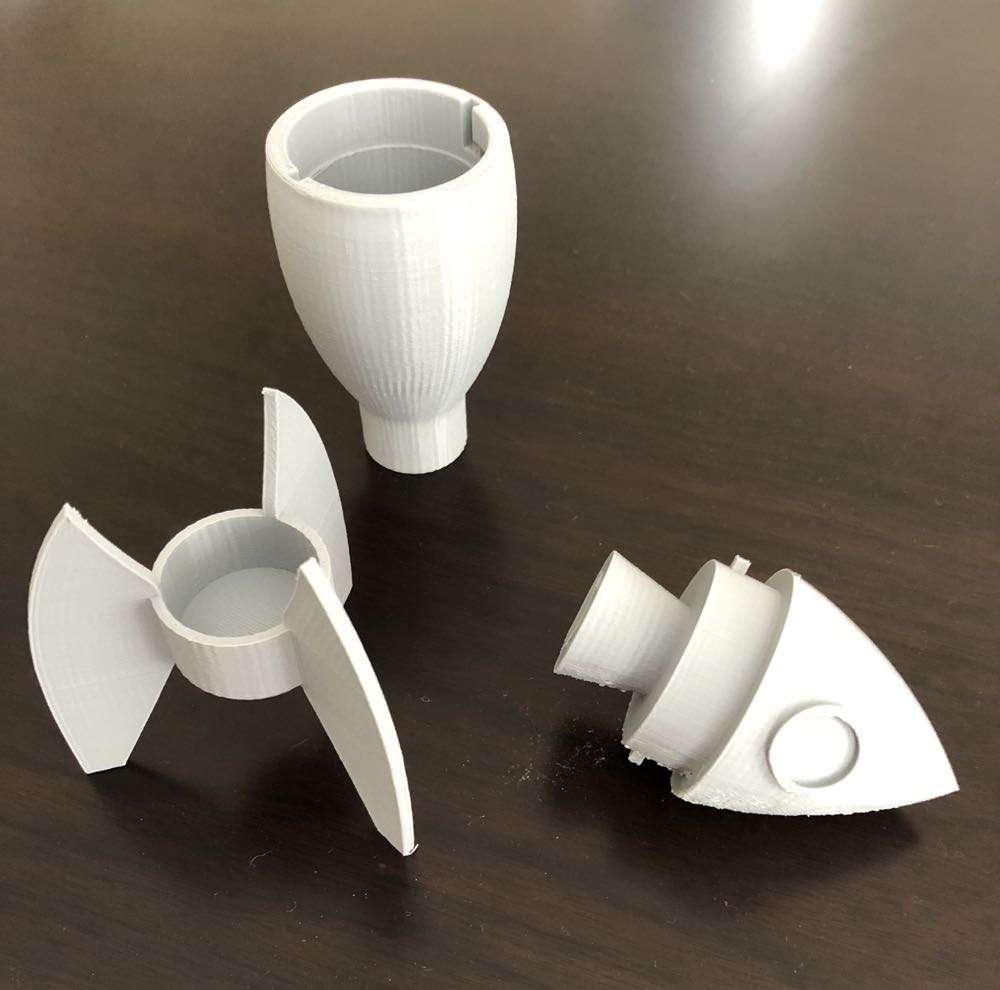 The Cocoon Create 3D Printer Touch certainly punches above its weight in terms of ease of use and the quality it can produce for the price.

The documentation and setup instructions could have been a bit more detailed and without the assumption the user knows anything about 3D printing to begin with.

This is important as a first time 3D printer buyer would naturally choose a product like this to get started rather than spending thousands of dollars on a more advanced unit.

As beginners ourselves we were a great example of that, and now we’re hooked.

The Cocoon Create 3D Printer Touch is an affordable device that can produce surprisingly good results. It is a fine introduction to the amazing world of 3D printing.

CONS: Takes up a bit of room, some parts of set-up needed more detailed explanation.

VERDICT: The Cocoon Create 3D Printer Touch is an affordable device that can produce surprisingly good results. It is a fine introduction to the amazing world of 3D printing.