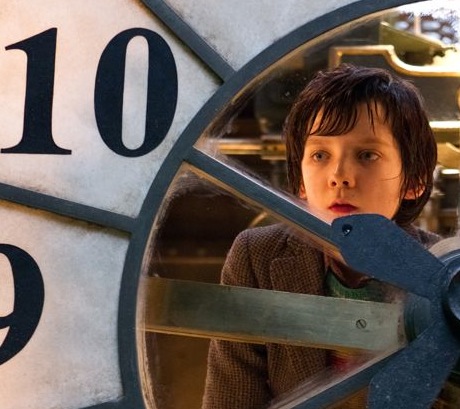 Martin Scorsese’s first foray into 3D with Hugo proved a huge success after being well received at the box office and also rewarded with five Oscars.

The charming film tells the story of Hugo, a young orphan boy who lives in a Paris train station trying to work out the mystery of his late father’s invention.

But on his adventures Hugo comes across an old man who has a surprising connection with him which unlocks the mysteries of the man’s colourful past.

Digital effects supervisor Alex Henning was one of the film’s lucky Academy Award winners and he spoke exclusively with Tech Guide about his excellent work on the film, working with Martin Scorsese, his thoughts on 3D and movie downloads. And where he keeps his Academy Award.

Henning was one of four artists who took the stage to accept the Academy Award for Best Achievement in Visual Effects along with Robert Legato, Joss Williams and Ben Grossman.

Tech Guide: How did you enjoy the Academy Awards?

Alex Henning: It was kind of a blur actually. A little bit of an adrenalin blackout from the point where they got to our category until the end of the night.

TG: Where are you keeping your Oscar?

AH: He just lives in a random shelf in my house – he’s not in a glass case or with a special spotlight or anything like that. It’s just next to some pictures of my kids.

TG: What was it like working with Martin Scorsese?

AH We previously did some work on his Rolling Stones documentary – Shine A Light – we did a few shots for that including he end shot of the film they do a big impossible shot that starts inside the theatre and ends up showing all of New York which was obviously a visual effects shot. But we didn’t get to meet Marty. But working with him on Hugo was a privilege. Anytime you get to work with anybody who is so good at what they do, it really forces you as an artist to lift your game.

TG: Hugo is not an obvious visual effects dependant film like Transformers or The Avengers so how did you approach it?

AH: What we did with Hugo wasn’t the point of the film. Hugo is a human actor and not a CG creation – the visual effects weren’t the starring role. With us our approach is to try and be a natural extension of everything that’s been done as part of the physical shoot and blend in with Dante Ferretti’s production design and Bob Richardson’s camera work and lighting to extend those things and help tell Marty’s story.

TG: The subject of the film is all about discovery and also the love of film – they’re obviously subjects close to your heart.

AH: It was great to do something about George Melies – not just a pioneer of filmmaking but the original visual effects artist. He was a guy who invented a lot of camera tricks and techniques that we still use today.

AH: That is the end game especially in a film like Hugo where visual effects are supposed to fill in some gaps. What was really fun with Hugo was that we had both types of effects – effects which were very obvious and meant to be like the stop motion after they fixed the wind-up mouse or the kind of hand-painted look they gave Jude Law. There are times when we do shake you out of it and say “hey, here are some visual effects” but we’re doing kind of a throwback technique which Miele might have employed. For us it was all about creating the train station and the Paris surrounds and the parts they couldn’t shoot. The set was such a big location but it covered so little of it. Even when you’re inside it there is no ceiling, the walls are open ended – the four walls are surrounded by green screen.

TG: And what about the fact it was in 3D? How many layers of difficulty did that add to your job.

AH: Quite a few – and on all ends of the bargain. It adds challenges creatively because you want to find ways to push the 3D without it becoming too much of a gimmick. It makes every part of visual effects more challenging – camera tracking, match moving all the way through to compositing. Unlike other films, I would have to finalise a shot for the director once and then go ahead and create the corresponding image for the other eye. We never really presented Marty in mono – it was all in the stereoscopic image.

TG: What are your thoughts on 3D? Is this something that’s going to be a fad or is it here to stay?

AH: As the techniques for doing post conversions for 3D become more advanced I think there will be options for viewers to go see films in 3D and to see decent 3D conversion of a film. If you look at some of the early conversions compared to some of the ones coming out now, it’s obviously a technology that’s improved quite a bit. If you film in 3D, where you have two cameras like we had for Hugo, I think that will be more the choice of a director who really wants to do it rather there being studio pressure to do it. It’s hard enough to do and its expensive enough you’ll see that become a more specific choice of a director who has the vision to actually tell a story using that technique.

TG: Did you find Martin Scorsese was using 3D as another filmmaking tool?

AH: I’ve seen interviews where he says he won’t do any films that are not in 3D now but that could have been a little tongue in cheek. We’ll see when his next film comes out if he does it in 3D or not.

TG You and your company Pixomondo are working on the new Amazing Spider-Man? Is that right?

AH: Yes, the film’s going to be great – there’s going to be some amazing moments in it. I look forward to seeing it the same as everybody else.

TG: In the Pixomondo studios are you using PCs or Macs?

AH: It’s a little of both. At Pixomondo we have Windows workstations but we use Mac for a bunch of applications. Your average artist workstation is a Windows PC.

TG: And what about viewing movies at home – is the future Blu-ray or is it a download?

AH: As a consumer I was very excited when Blu-ray was coming out – the same way I was excited about Laserdisc and DVD. I’m always excited about a way to see a crisper more resolute image in the comfort of my own home. As a consumer I’ve felt like I bought so many DVDs and very little Blu-ray. They wasted a bit if time waging the HD DVD v Blu-ray battle and they probably missed an opportunity for what has become a real market because by the time they worked it out,

I’m the kid who grew up with record albums and I really liked album covers and we’d get really excited on Tuesdays when the new records were coming out. I liked to hold it in my hand go through the liner notes – I like that whole experience so for me there’s still something to like about holding the Blu-ray in my hand.

TG What have you and Pixomondo got in the pipeline?

AH We did a lot of work on Snow White and the Huntsman and also have done a bunch of work and are currently still finishing up on the second season of Game of Thrones – Pixomondo did all the visual effects.