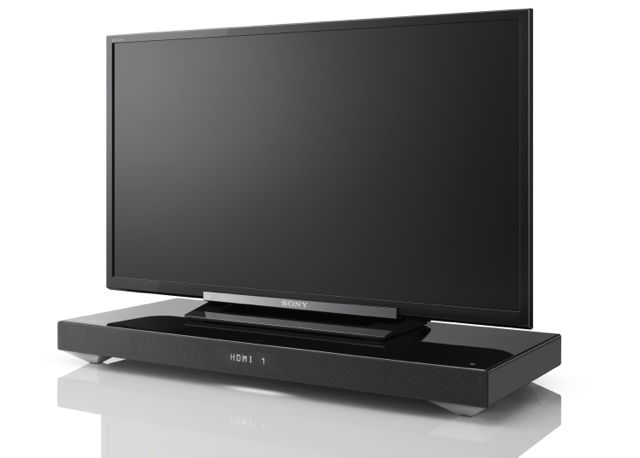 Sony has introduced its first ever TV Base Speaker and two new soundbars to enhance your television’s audio and enhance your viewing experience.

The new products include the TV Base Speaker HT-XT1 and soundbars HT-CT770 and the HT-CT370.

Another feature is the Voice button which can isolate the program’s dialogue and boost the level until it’s crystal clear.

Also on board is NFC (near field communication) and Bluetooth connectivity to easily connect your mobile devices and stream your favourite music.

The Sony audio products can be controlled with your smartphone or tablet using the free SongPal app via Bluetooth to adjust the ClearAudio+ output and the subwoofer.

The HT-XT1 is designed to fit discreetly under your TV’s stand and will suit the viewer who wants a space-saving yet quality solution.

And it’s extremely easy to set up. Just connect one HDMI cable from the unit to your TV and then plug it in to the power point.

The HT-XT1 is made from strengthened material so the 170W of combined speaker power doesn’t cause any vibrations or interrupt your viewing.

Each soundbar is just 5cm high so they are not going to impede your view of the screen and have 2 x 20mm tweeter units and 160mm subwoofer.

Bass is handled by the separate subwoofer so all the thumps, crashes and explosions will really be heard.

The CT370’s smaller subwoofer has dual layout options so it can be either laid on its side and hidden under your sofa or upright on the floor or on a bookshelf.

Kobo comes to the rescue for Sony Reader customers