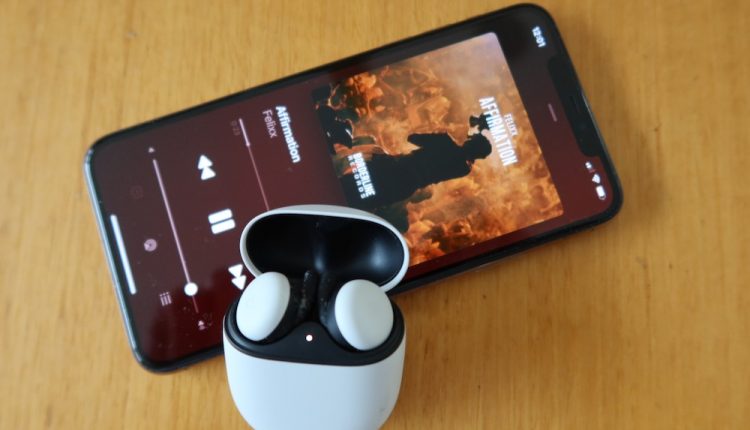 The Google Pixel Buds are a huge improvement over the previous model and provide impressive audio quality in a compact form factor as well as a few extra features that will surprise and delight Android users.

The latest Google Pixel Buds are a huge improvement over its larger predecessor but even though they are much smaller, the earbuds still pack a lot of punch and offer impressive sound wherever you go.

Priced at $279, the Google Pixel Buds were designed to be comfortable, to sound good and to offer convenience on the move. And it succeeds at all three.

Design-wise, the first thing you’ll notice about the Pixel Buds is how much smaller they are.

The earbuds themselves have quite a low profile and hardly protrude from your ear.

They also provide a snug fit once they are twisted in place and the small winglet also adds more traction to keep them in place even while you’re running, walking or in the gym.

Google’s Pixel Buds also have an IPX4 rating so they are water and sweat resistant.

The Pixel Buds case is also pretty small and easily pocketable. They are only slightly larger than the Apple AirPods Pro case. 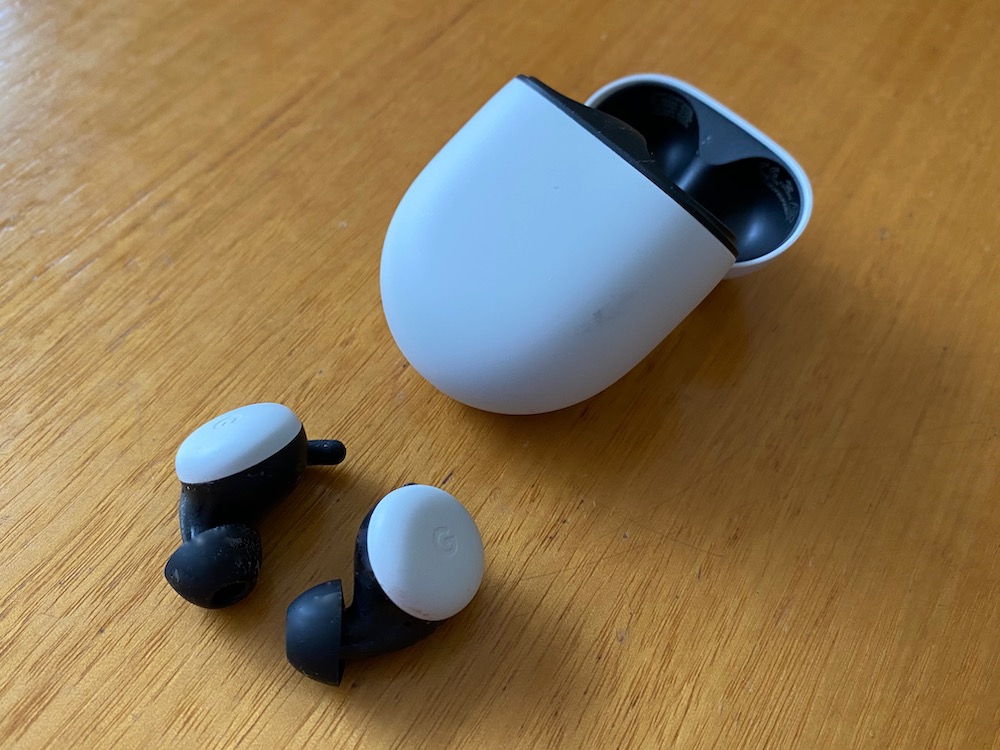 The Google Pixel Buds will  easily pair to Android phones and iPhones but if you happen to be rocking a Google Pixel smartphone you’ll have a system level app while other Android phones can find the standalone Pixel app so you can see things like the battery level.

The Pixel Buds do not offer active noise cancellation so there are no mics listening to ambient noise and cancelling it out.

Instead you get a slight passive noise cancellation thanks to the seal created by the silicon ear tips.

This is handy if you’re walking or running beside a busy road so you can still hear traffic and everything around you. 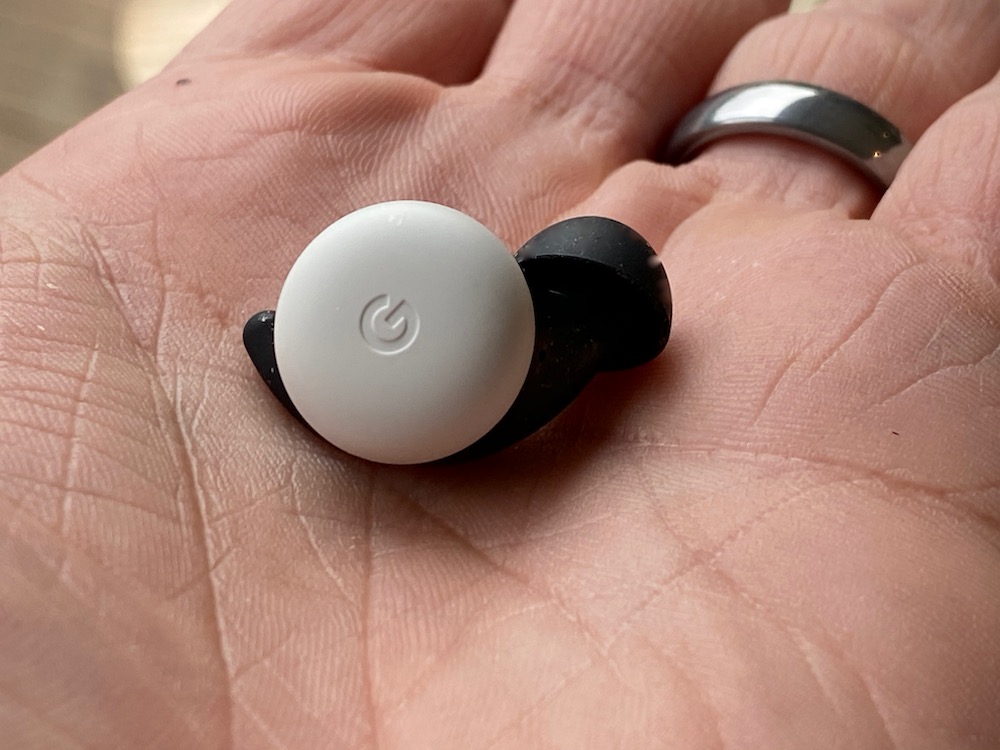 From a Pixel device, users can also activate Adaptive Sound which can optimize the volume of your music depending on your surroundings.

This worked well indoors where it didn’t have to do much and, to be honest we couldn’t hear much of a difference whether we were beside a busy road or in a shopping centre.

If you’re pairing Google Pixel Buds to an iPhone they connect like any other Bluetooth earphones but there is no way of changing the sound in way.

In fact, you can’t do that from an Android device either so there’s no real audio advantage no matter which smartphone you’re pairing.

The Adaptive Sound was a little hit or miss and we didn’t hear much of a difference whether we were listening with an Android device or an iPhone. 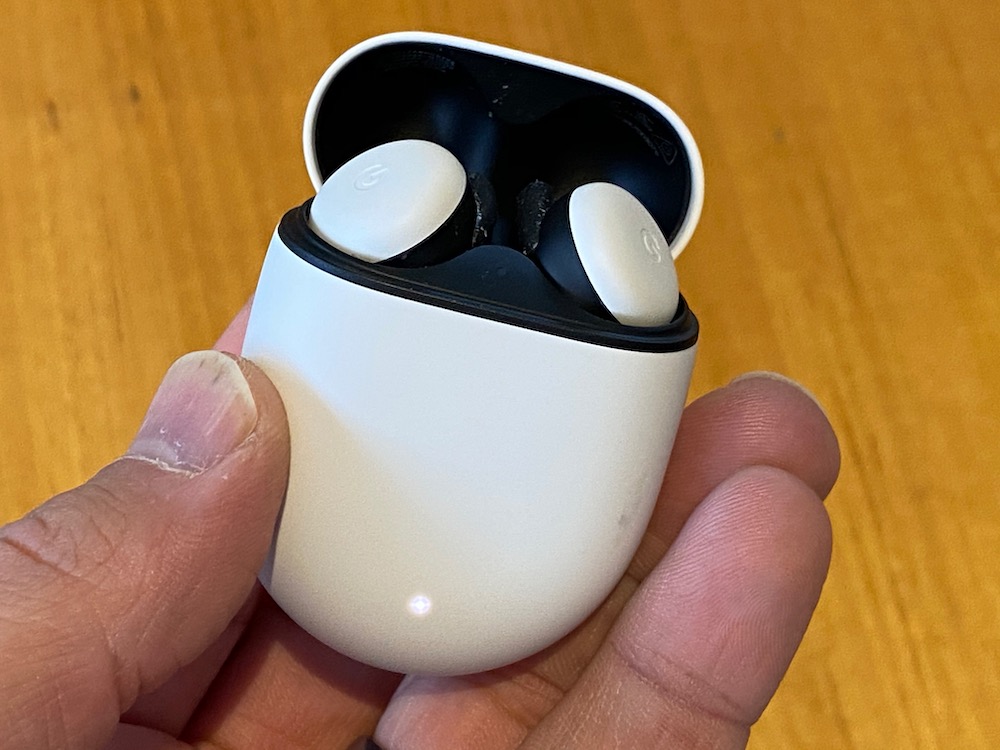 There was one difference between using the Google Pixel Buds with an Android device was that the music pauses when you take out your earbud. We found this wasn’t the case when paired with an iPhone.

Another strong feature is the touch control provided through the earbuds.

Both have capacitive touch so it’s just a tap to pause and play your music or answer a call, double to tap to skip a song or reject a call and a triple tap to rewind.

You can even control the volume with a swipe as well. And the controls are the same on the left and right buds.

Now that’s all great, but how do they sound?

The answer is excellent!

From such a small earbud, you are getting a big and rich sound. There are custom 12mm dynamic speaker drivers powering the Google Pixel Buds and there are spatial vents so you don’t get that plugged ear feeling.

You’ll hear an impressive level of clarity and you’ll appreciate the quality no matter what sort of music you like to listen to.

But what really impressed us were the bass levels which really punched higher than their weight class. 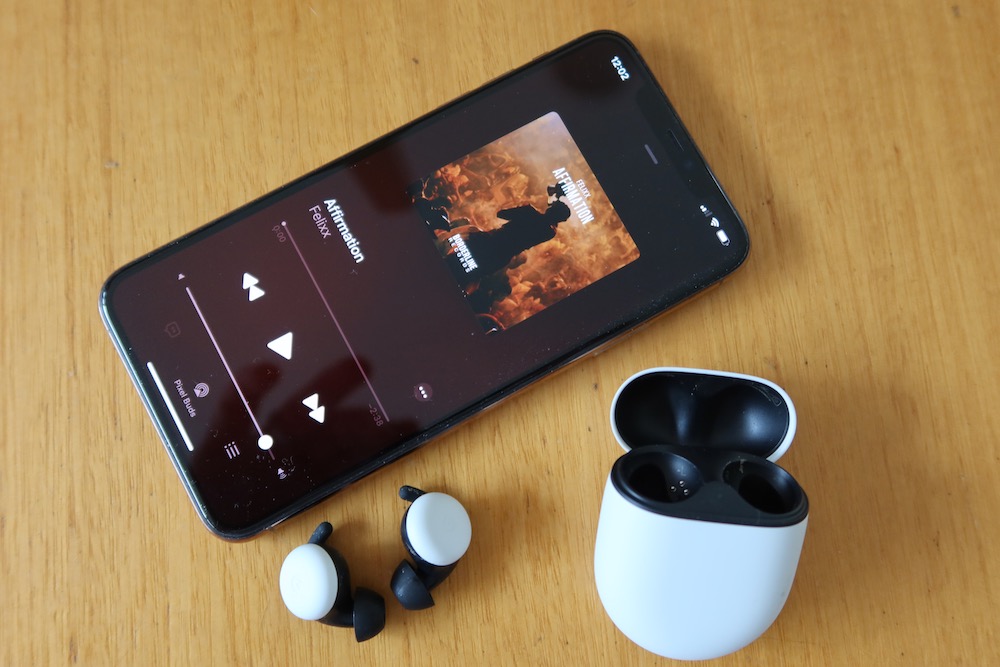 We listened to songs like Fire for You by Cannons and the excellent Felixx tracks Affirmation and Parley and were blown away with the bass response from these little earbuds.

But it was still acceptable to make and receive your calls handsfree.

Naturally Google Assistant is just a voice command away or you can press and hold either earbud to activate it.

Users can also utilise the Google Translate app through the Google Pixel Buds which helps you work out how to say certain phrases in a specific language.

You can press and hold the earbud and say “Hey Google, help me speak Japanese” and what you say is then translated through the phone’s speakers.

And when the person responds, tap the right microphone in the Google Translate app and the response will be translated and fed back to you through the Pixel Buds.

On the battery side, users will get up to five hours of playback on a full charge – a little shorter than competitor wire-free earphones – but the charging case can give you up to 24 hours of use.

A 10-minute charge of the Pixel Buds in the case can provide up to two hours of playback – useful if you’re about to go to the gym or for a run and didn’t charge the earbuds. 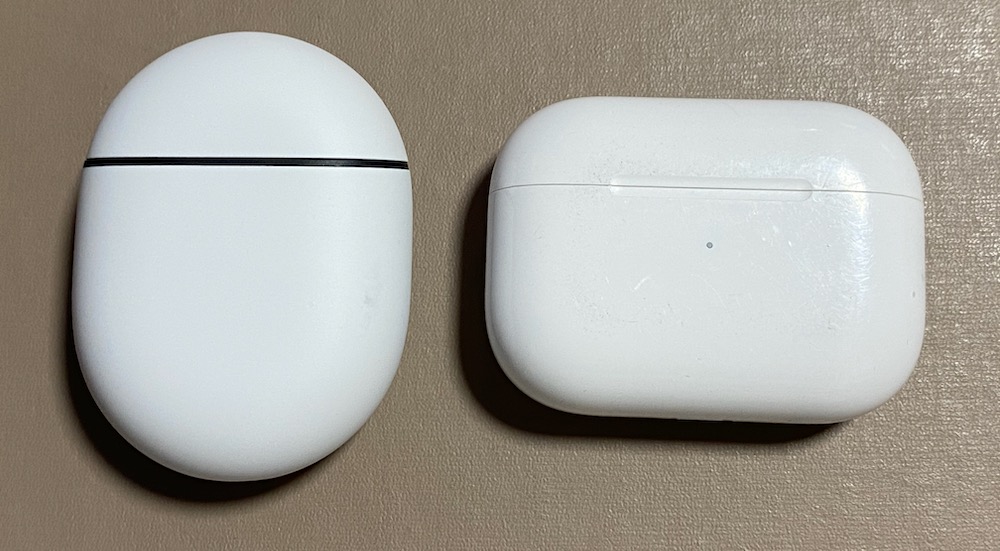 The case can also be wirelessly charged on any Qi-certified charging mat.

The Google Pixel Buds are above average earphones that offer great audio quality with a few extras features reserved for Android smartphone users.

They still work fine with the iPhone but Apple customers might be better served by the AirPods which offers added features in the same way Google looks after Android users.

In terms of audio quality, the Google Pixel Buds hold their own against the AirPods and with probably slightly better bass but if you’re after noise cancellation you’d need to pay a little extra for the Apple AirPods Pro, the Sony WF-1000XM3 or the Sennheiser Momentum True Wireless 2 earphones.

The Google Pixel Buds are a huge improvement over the previous model and provide impressive audio quality in a compact form factor as well as a few extra features that will surprise and delight Android users.