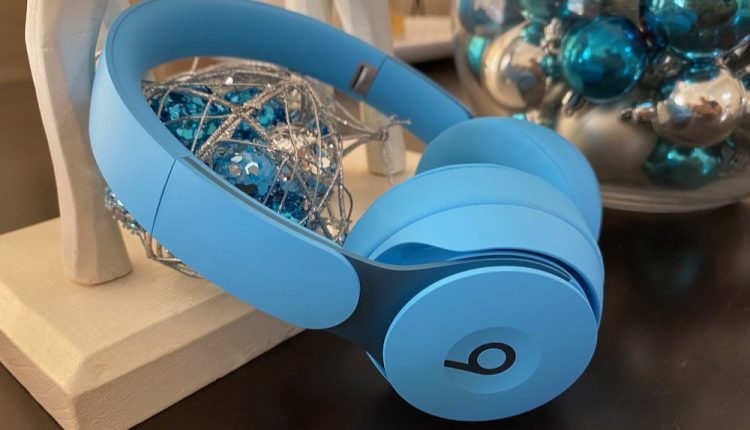 The Beats Solo Pro headphones are a huge improvement with an excellent design and superior sound quality that will make it appeal to an even wider range of customers.

The new Beats Solo Pro noise cancelling headphones have been designed to appeal to a wider range customers and not just the die-hard fans of the brand who wanted serious street cred.

The unmistakable Beats logo is still right there on each ear cup but these headphones offer a new level of sophistication that will make it attractive to men and women young and old.

We’re pretty sure Apple’s ownership of Beats has been the catalyst that brought the already massive brand to an all-new level.

The Beats Solo Pro headphones are a great example of how far the brand has come since Apple acquired the company.

Design-wise the Beats Solo Pro have really taken a step up with even more attention to detail.

The anodised aluminium arms slide beautifully out of the headband to offer a comfortable fit while the small but powerful earcups blend offer added flexibility to sit on your ears perfectly. 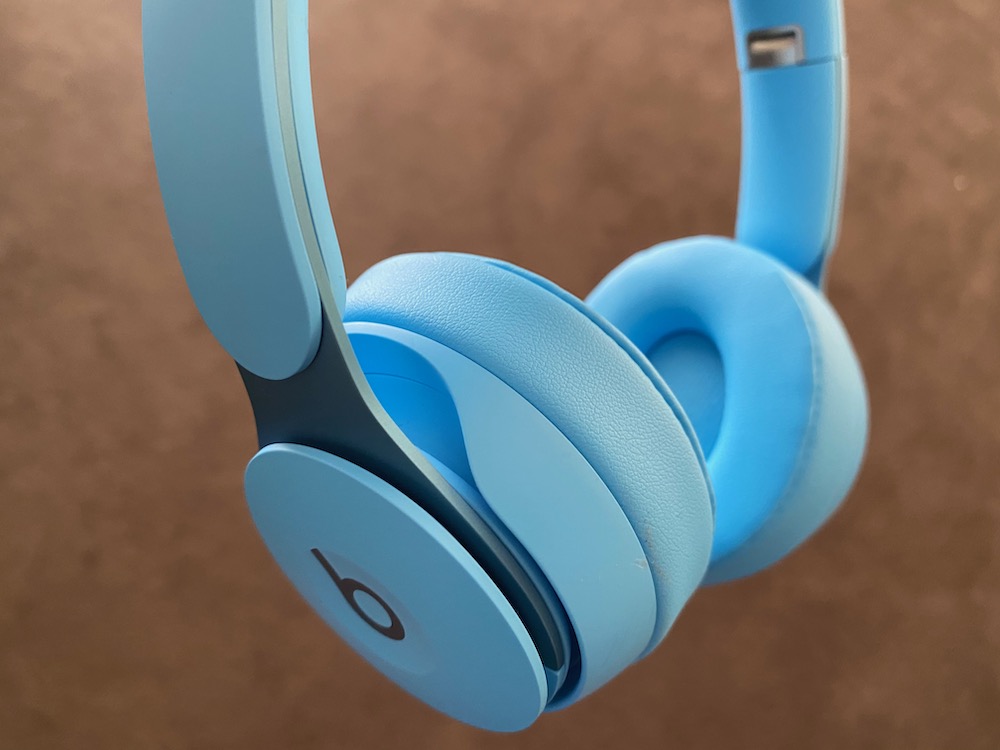 The headphones, available in six different colours, have a nice colour consistency rather than contrasting tones.

As far as comfort goes, the Beats Solo Pro felt a little tight – but I’ve got a pretty big head but that’s no surprise.

But they weren’t tight enough to be uncomfortable. We’re sure over time the headband will stretch out a little bit to accommodate our large noggin. 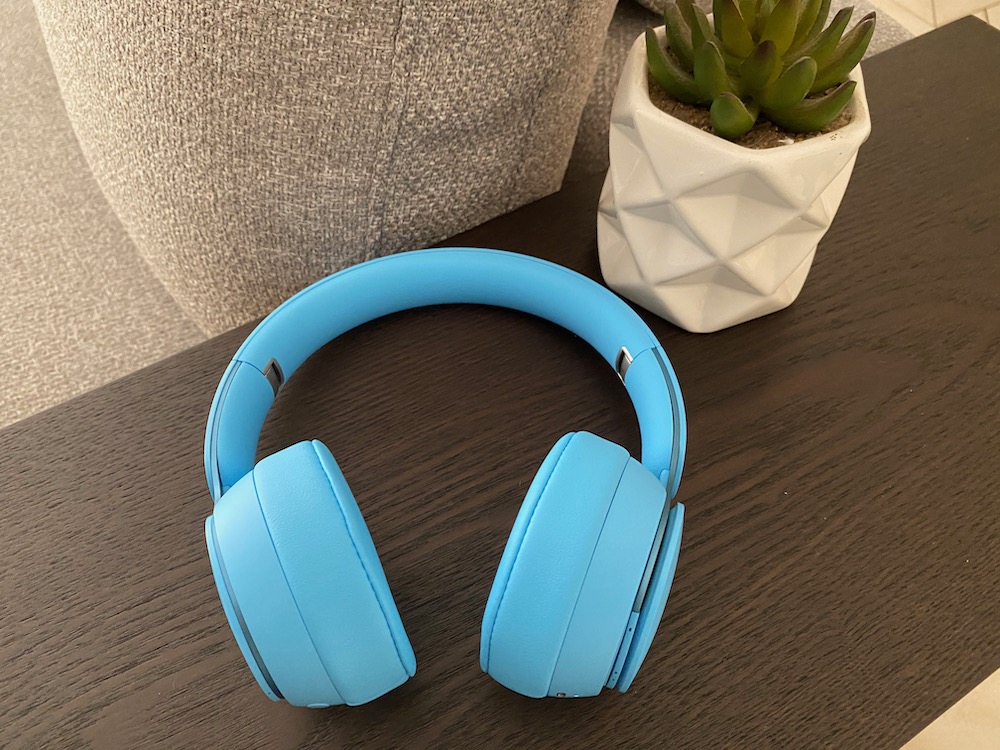 As far as controls go, there are hardly any on the Beats Solo Pro.

For a start, there is no power button. The headphones activate when they are unfolded and turn off when you pack them away.

A press of the panel on the right ear cup lets you pause, play and control music playback and answer any calls.

Volume is controlled by pressing the top (to increase volume) or bottom (to decrease) of the same panel. 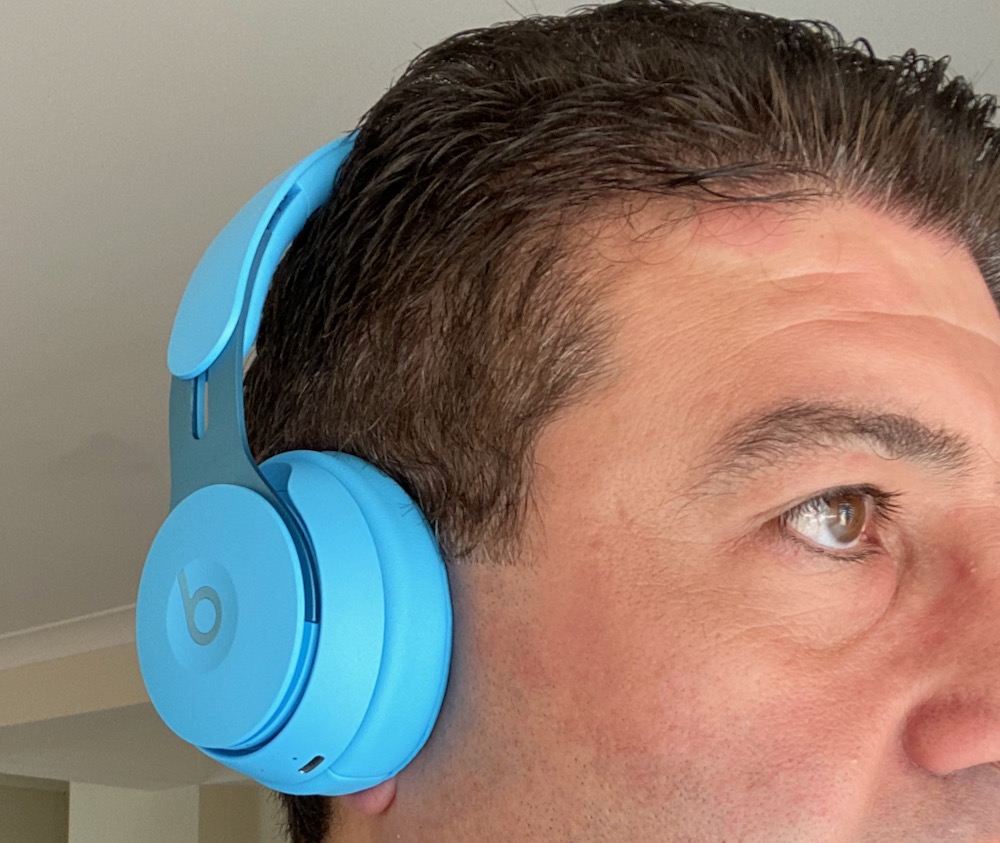 A long press will also summon Siri if you’re using an iPhone.

On the left earcup is one button that allows the user to turn Pure ANC (active noise cancellation) on and off.

It is also this button which can activate Transparency so you can hear the outside world through the headphone’s microphones without having to take them off your head.

It’s almost as easy with an Android phone – all you need to do is download the Beats app and it’s an identical experience. 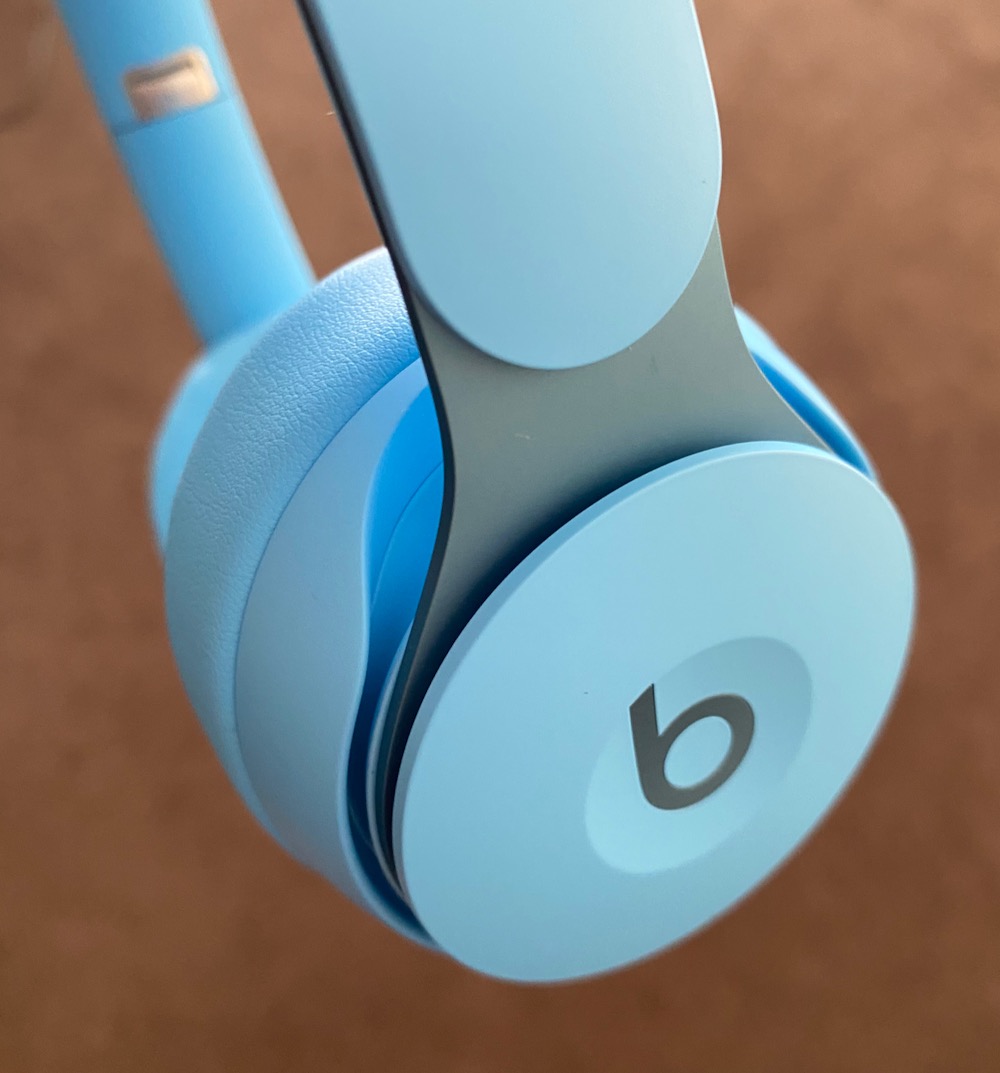 The Android app actually offers more features like being able to control ANC and activate transparency.

Now that’s all fine but how do they sound?

The Beats Solo Pro headphones have an authoritative sound that is little more refined than earlier models. 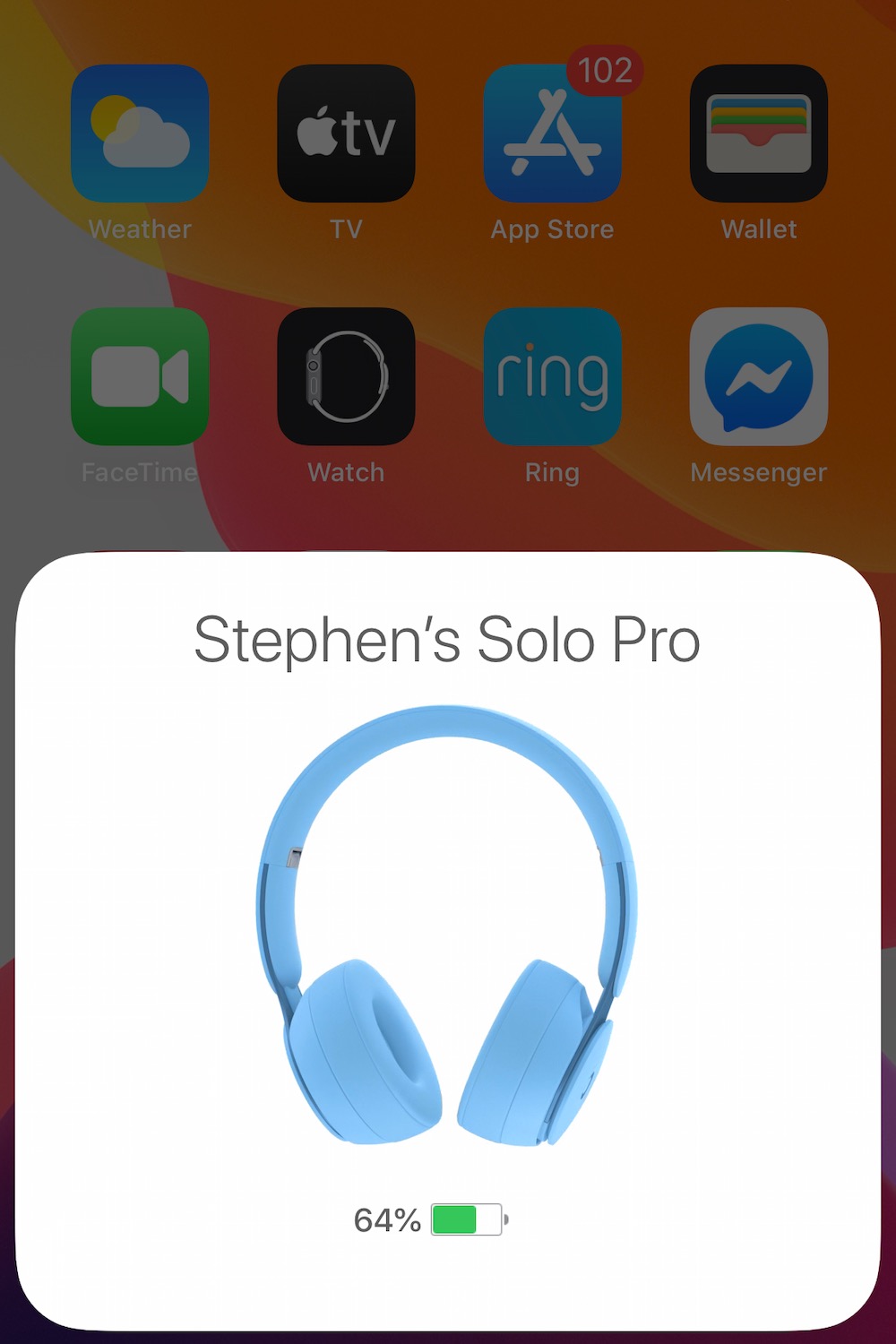 Gone is the extreme bass sound that appealed to younger listeners and in its place is a more balanced bass that will still satisfy your regular Beats customer but won’t alienate a listener who might not be into hip-hop.

Highs and mids were also impressive and had a chance to stand out without being drowned out by excessive bass.

The active noise cancellation also comes in to play to drown out ambient sound so you can actually hear the vocals and nuances of the music.

The level of noise cancellation for on-ear headphones is also remarkable.

But there some things that are missing. 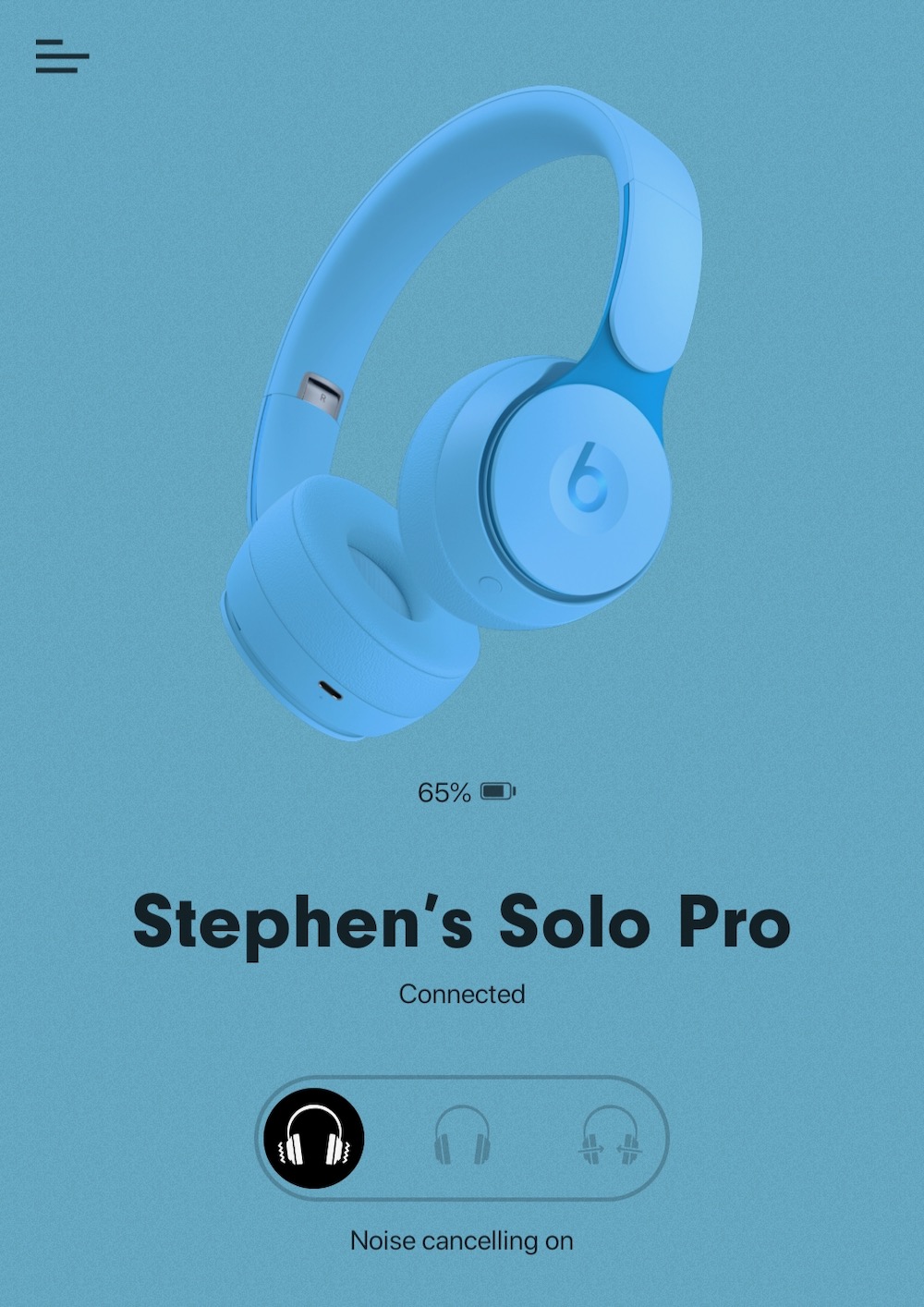 One is a 3.5mm jack to connect a cable so you won’t be able to plug directly to a device or connect to an airline entertainment system.

You can get around this with a Bluetooth transmitter like the RHA we reviewed on Tech Guide a few months ago.

The other thing that’s missing is voice activation for Google Assistant. Of course you can access Siri by saying “Hey Siri”. 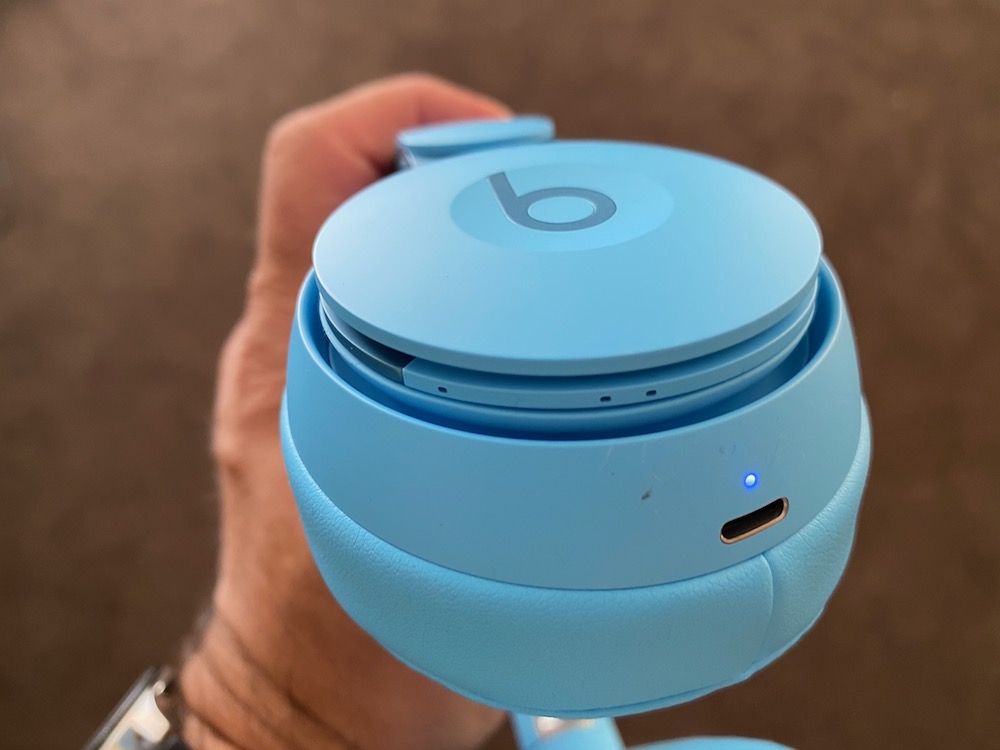 There’s also no way to customise the sound with an in-app equaliser although the Beats Pro Solo have been tuned to sound great no matter what you’re listening to.

The Beats Solo Pro headphones will run for up to 40 hours with Pure ANC and Transparency turned off and up to 22 hours when they are switched on.

And if you need a quick charge you can plug them in for 10 minutes and get up to three hours play time. 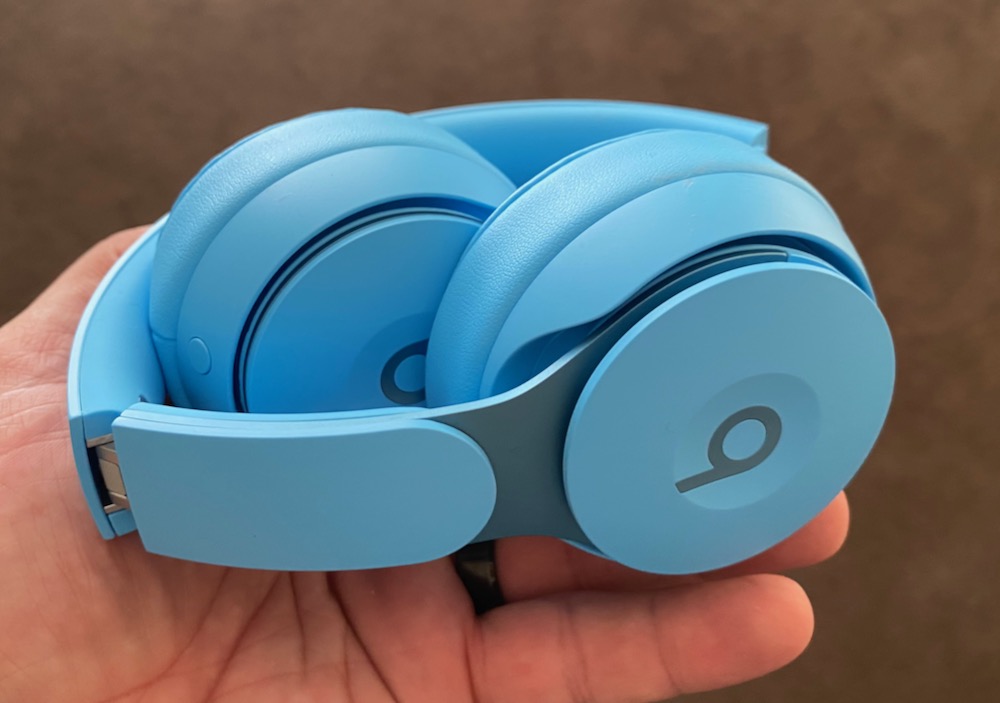 The Beats Solo Pro headphones are a huge improvement with an excellent design and superior sound quality that will make it appeal to an even wider range of customers.

The ALOGIC USB-C Dock Wave 3-in-1 is a hub, battery and wireless charger in one