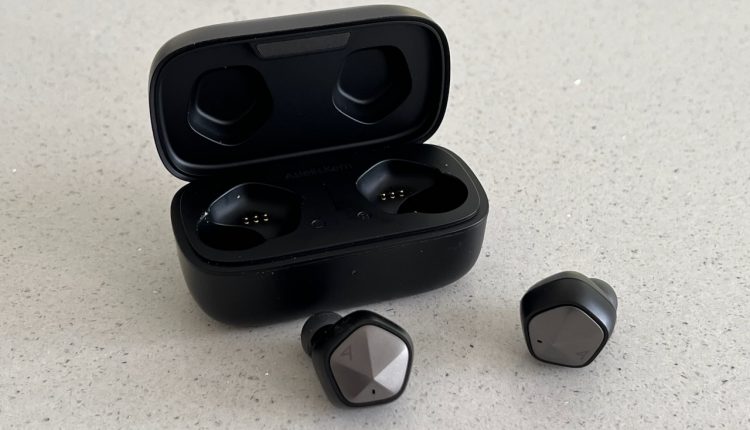 The Astell & Kern UW100 earphones but not as we know them – but they can match for audio quality with other well-known brands.

These Astell & Kern UW100 earphones are playing in the same ballpark as Bose, Sony and Sennheiser in terms of audio quality.

Astell & Kern do things a little differently from their well-known rivals.

For example, the UW100 earphones’ 32-bit DAC chipset is not integrated with the Bluetooth chipset as it with other earphones.

This means the priority becomes better audio quality rather than lower power consumption. 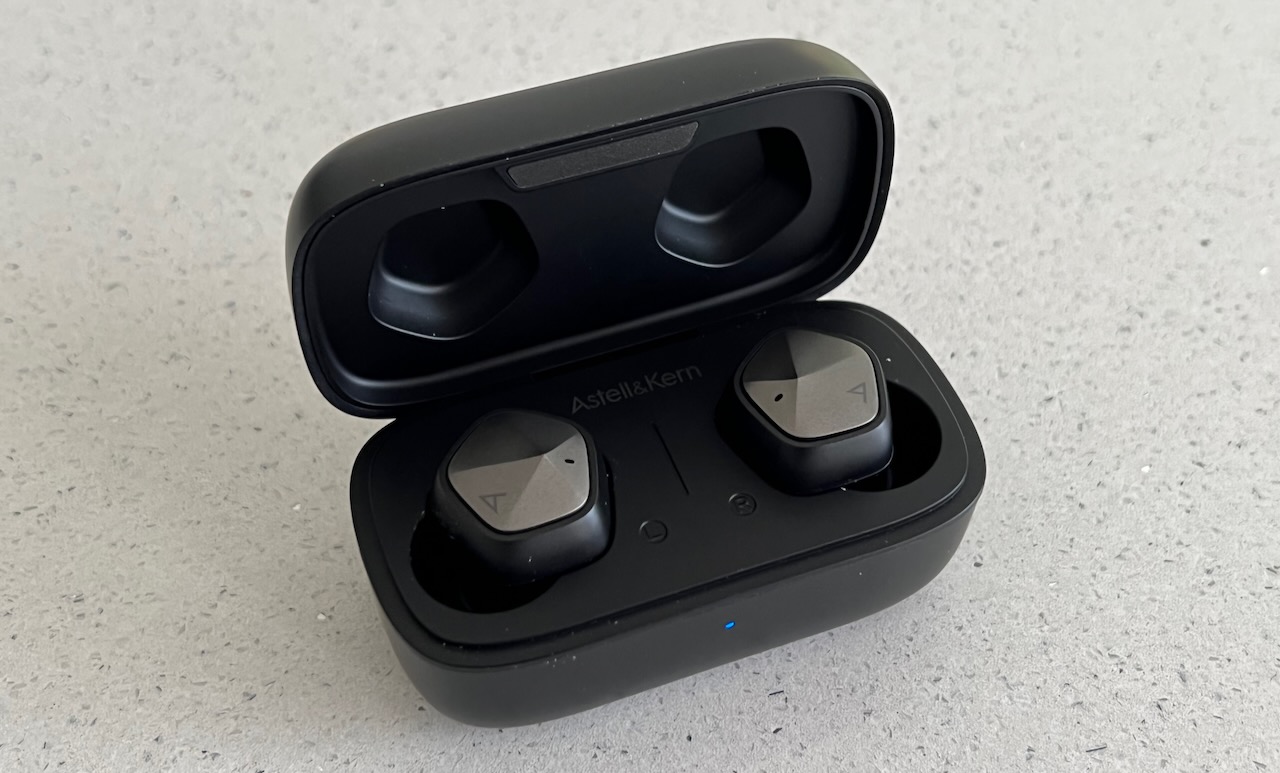 And because the UW100 earphones used the balanced armature driver, instead of a dynamic driver used in other true wireless earphones, to achieve clearer and crisper sound.

Another departure from the norm in this price range is the use of Passive Noise Isolation instead of Active Noise Cancellation.

The Astell & Kern UW100 earphones can reduce noise physically through the seal created with the silicone eartips.

This means it’s the physical features of the earphones that are retaining the audio quality without any interference from software attenuating the sound and taking out the noise.

The level of noise cancellation is not up to par with other brands, but you can still eliminate those ambient sounds especially mid and high range sounds that get in the way of your music. 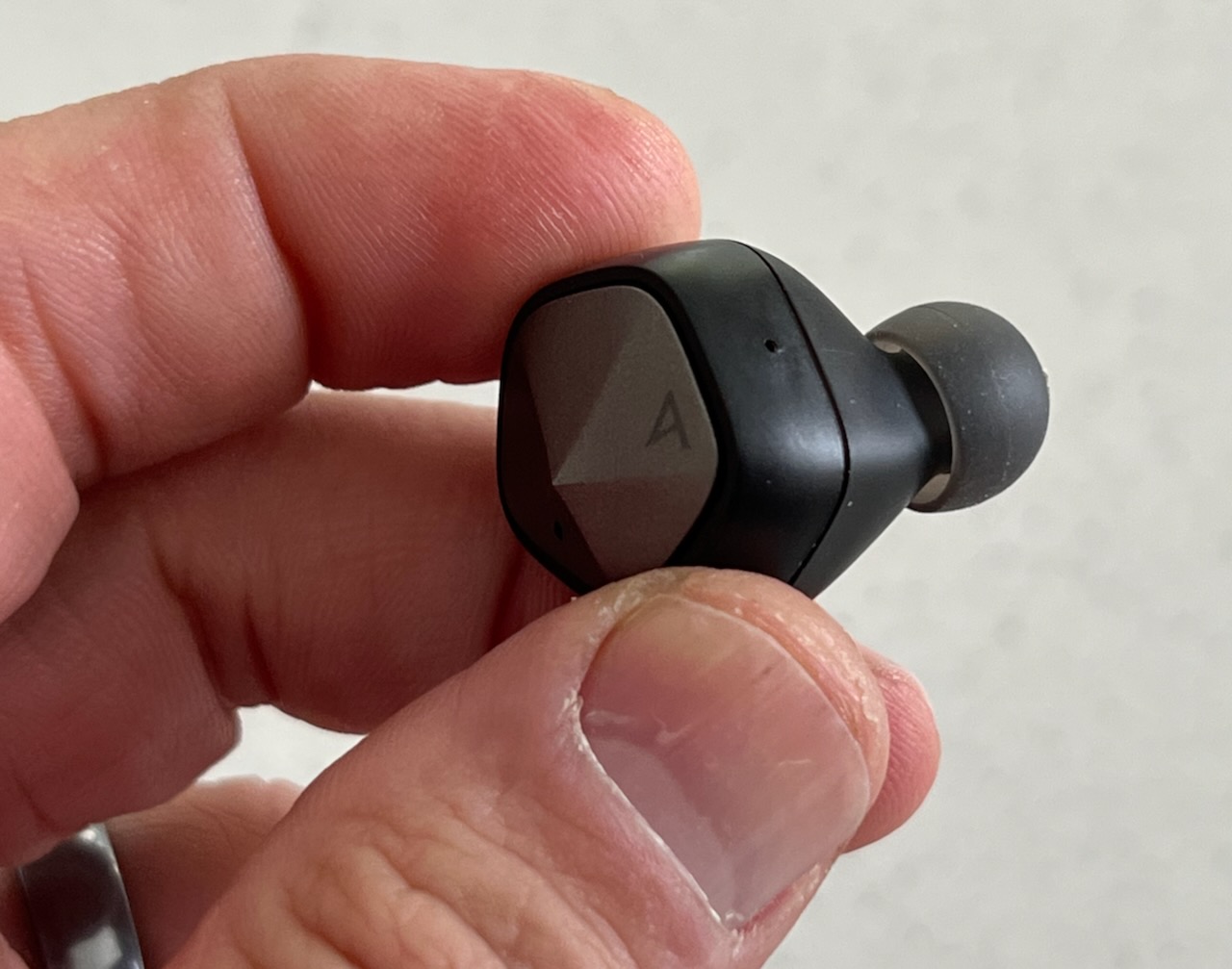 But there is an ambient mode which uses microphones to let in the outside world.

The result of all of that is a stunning sound which has a completeness to it – there’s scale yet crispness and detail and the right level of bass.

Design-wise they are slightly larger than your average earphones, but we found them a nice fit.

When inserted and twisted into place the silicone tip creates that passive seal so the outside world evaporates.

But their size might suit everyone – so a word of warning if your ears are on the smaller side.

For our big ears – it was a perfect fit. 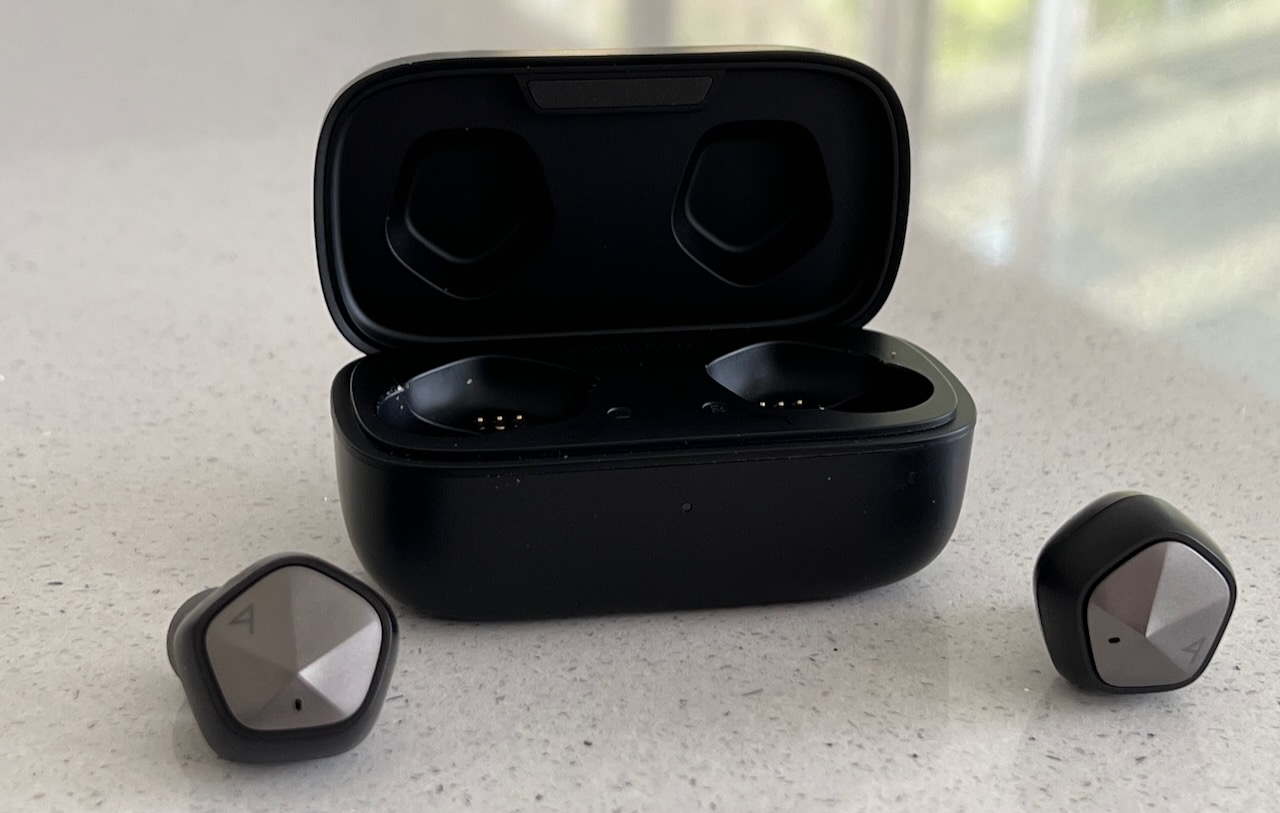 There’s also support for multi-point and multi-pairing so you can pair them to multiple devices and switch quickly.

You’re also able to listen to music on another device like a tablet and still answer calls that come through on your smartphone. 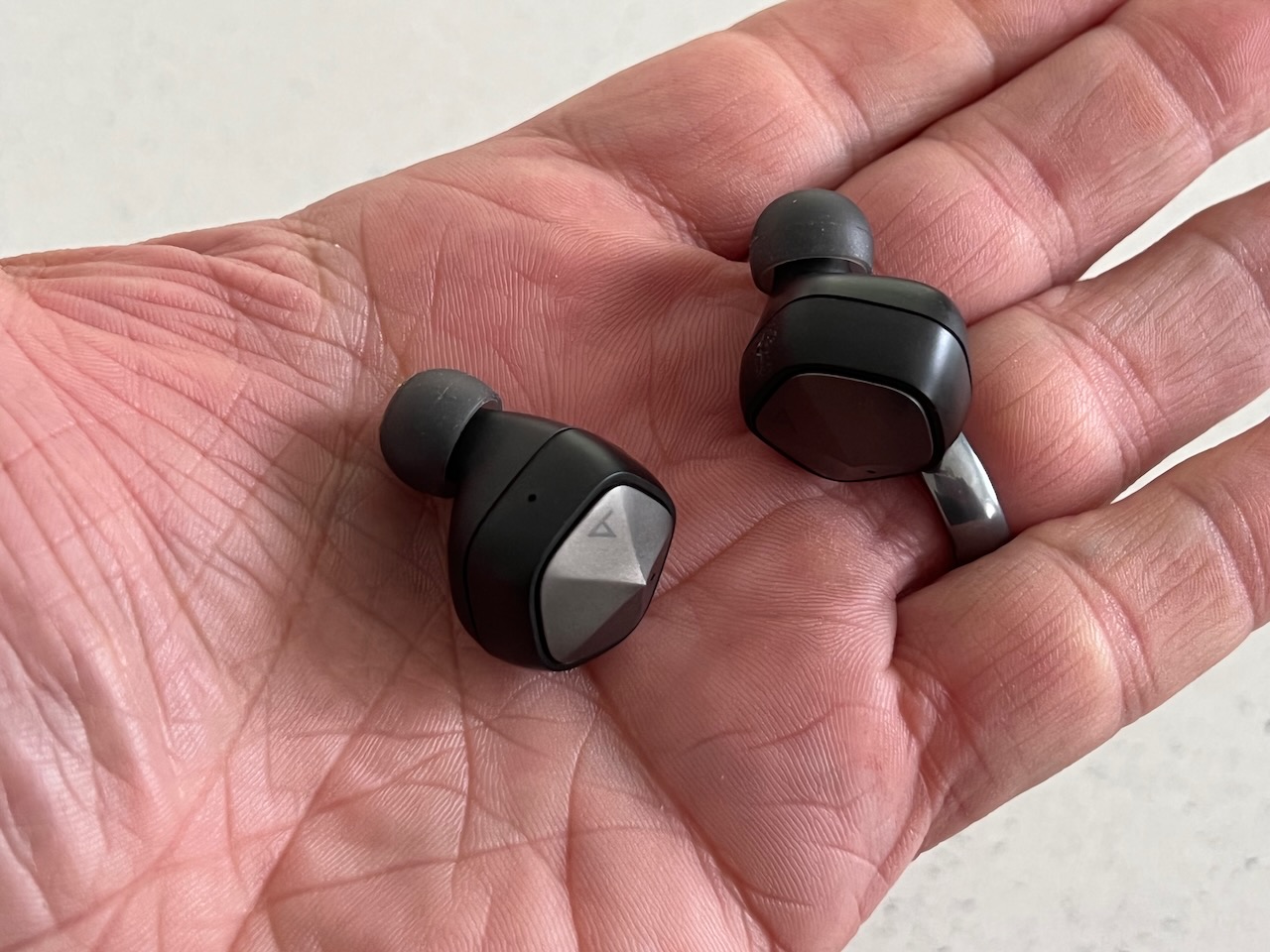 Speaking of calls, these are also quite clear thanks to the onboard Voice Communication Package (VCP) which can reduce outside noise.

This is the only area where noise is actively cancelled – during calls – not while playing music.

Controls are accessible on the lower half of the earphones which are easy to find thanks to the ridged design. 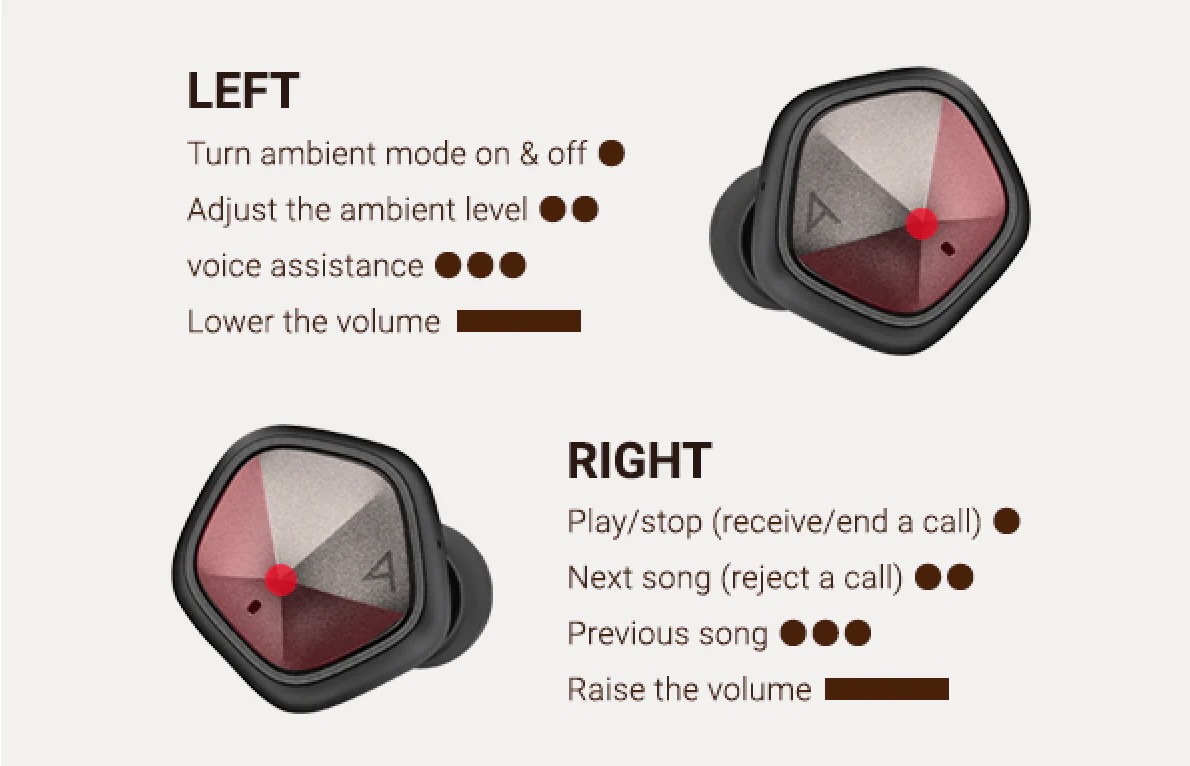 These can all be configured through the AK TWS companion app. There are also some equaliser settings users can access to fine-tune your sound.

On the battery side the Astell & Kern UW100 earphones have a minimum of six hours of playback with another 18 hours in the case which is also slightly larger than other charging cases.

There’s also a fast charge mode so get an hour of playback from a quick 10-minute charge. 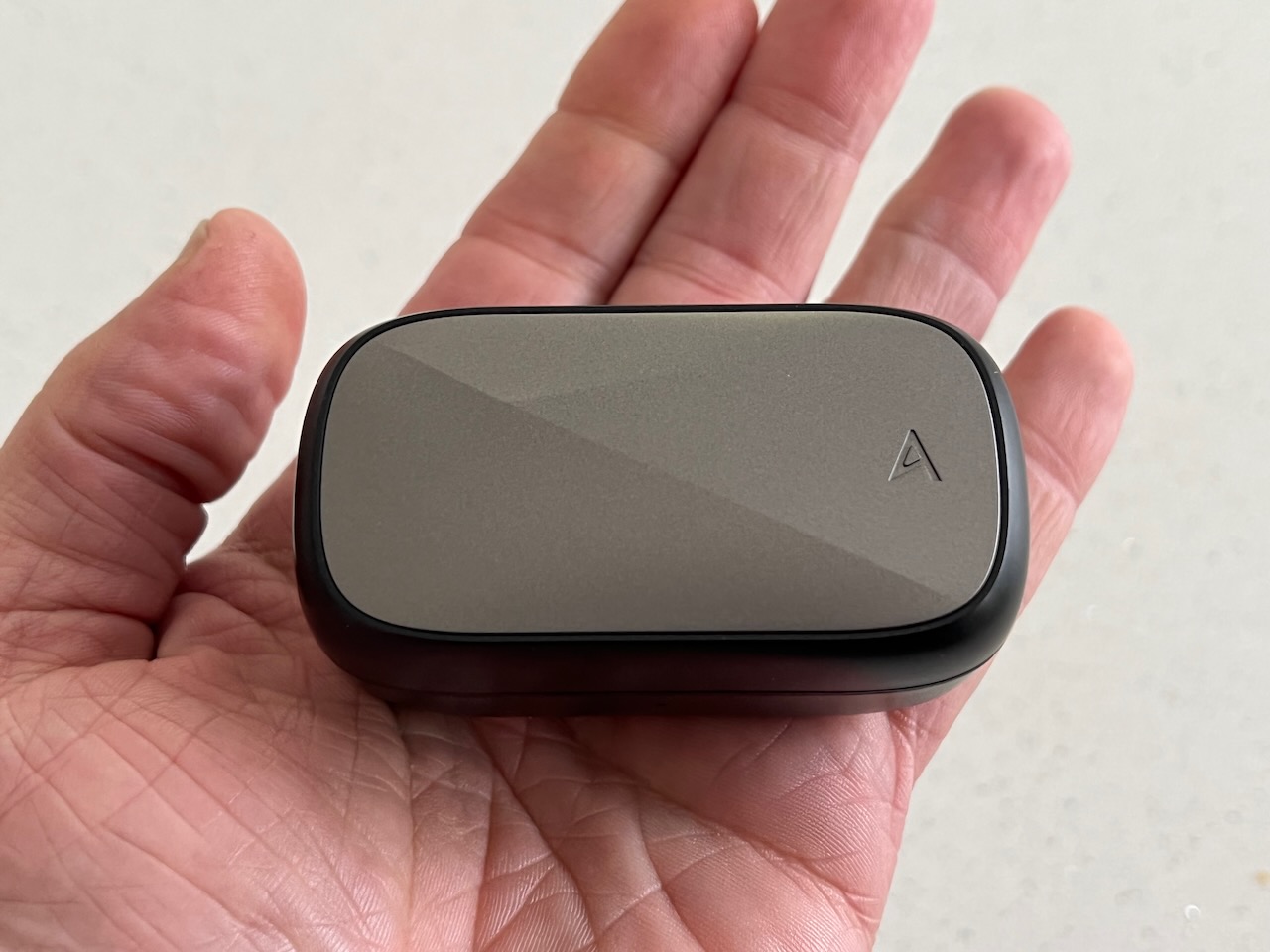 The Astell & Kern UW100 earphones are priced at $399 and are available now.

The Astell & Kern UW100 earphones but not as we know them – but they can match for audio quality with other well-known brands.