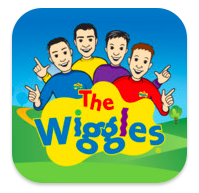 Priced at $2.99, The Wiggles Alphabet Adventure takes kids through an educational journey through the letters of the alphabet.

The Wiggles were recently rocked by the controversial replacement of yellow member Sam Moran with the original yellow skivvy Greg Page.

The band has been in the kids entertainment business for more than 20 years playing their music and performing sold out stage shows but are now embracing technology to engage children in a completely different way.

“The Wiggles Alphabet Adventure is an exciting new app that integrates technology into children’s play and encourages and enhances learning,” said Dr Kathleen Warren, education advisor to The Wiggles.

The app has been designed for the larger screen on the iPad to give children a more interactive experience.

Greg Page, one of the founding members of The Wiggles, has returned to the group after a five year absence he spent dealing with a debilitating medical condition.

In the meantime Sam Moran took over the yellow skivvy duties while Page sought treatment.

Now Page has learned to manage his condition he has reclaimed his place in The Wiggles with Moran shown the door.

The whole affair was awkwardly exposed in Channel 9’s Today show during an interview with entertainment editor Richard Wilkins.

The three members of the band on set that morning, Greg Page (yellow), Anthony Field (blue) and Jeff Fatt (purple) were obviously not prepared for Wilkins’ line of questioning about Moran’s sudden exit.

The Wiggles Alphabet Adventure App for iPad is available now for $2.99 from the iTunes App Store.

Turn your PC or Mac into a multi-region DVD player.