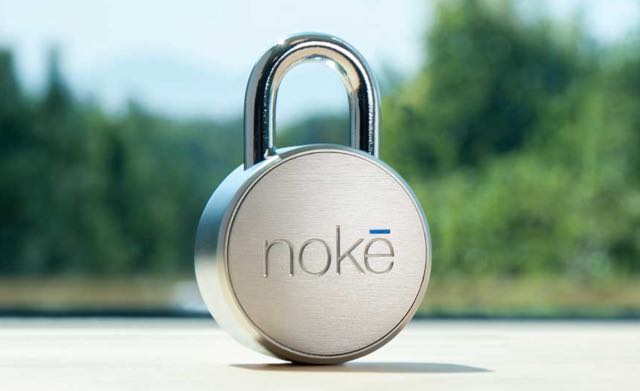 Noke is a smart Bluetooth padlock that lets you use your smartphone to open it so you don’t have the hassle of carrying keys and remembering combinations to get through your gate, get to your bike or get into your shed.

Noke is pronounced “no key” and that’s exactly how it works – there is no key.

The Noke padlock has a boron-hardened shackle and is sturdy enough to secure your property and your belongings.

And it’s also built to go anywhere and be used in any weather conditions thanks to watertight O-rings that will keep water and mud out of the electronics. 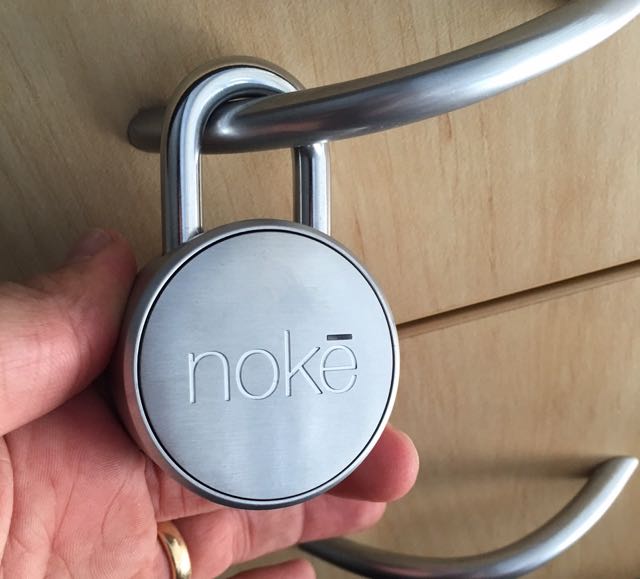 What sets Noke apart from a regular padlock is the fact it has Bluetooth 4.0 onboard and can be opened without a key.

It can actually be opened in a number of ways.

The first way is with the companion Noke app (for iOS, Android and Windows) which takes you through the initial set up that pairs the padlock to your device and set your preferences like naming the lock and setting other ways it can be opened. 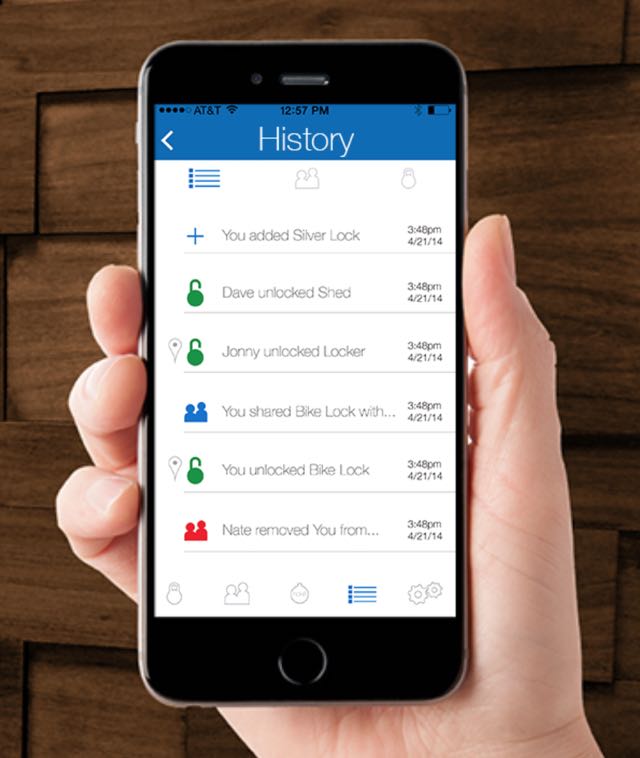 One way is simply clicking the padlock and seeing, within the app beside the specific lock, the unlock command appear next to the lock’s name. Tap Unlock on the screen and Noke’s shackle opens.

With the app, users can manage multiple locks – which can be renamed so you know exactly where they are – and even share access with friends and family who might need to access your property or items secured by Noke.

You can specify the date, time and location where these other Noke smart padlocks can be accessed. 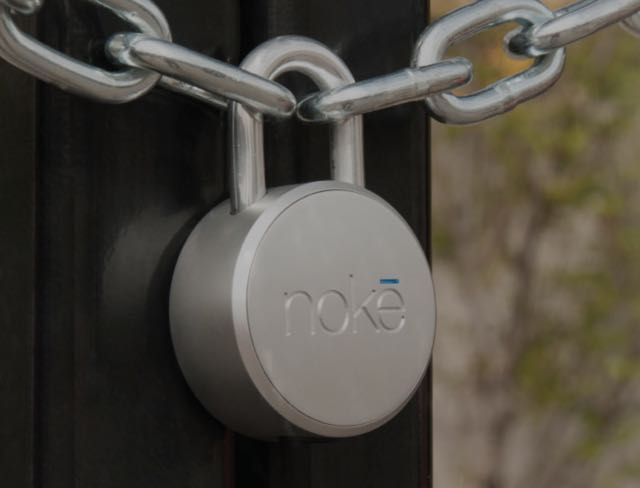 Gone are the days where someone had to pick up a key or, even worse, when you had to drop a key off.

This is particularly helpful for users who have to access multiple padlocks and who used to carry a giant ring of padlock keys – and be able to tell them apart.

You can also view a history of every Noke padlock within the app – when they were opened and locked again – and by whom.

There’s also a map to see where they were accessed.

But what about if you don’t have your smartphone with you? The Noke can still be opened with Quick Click. 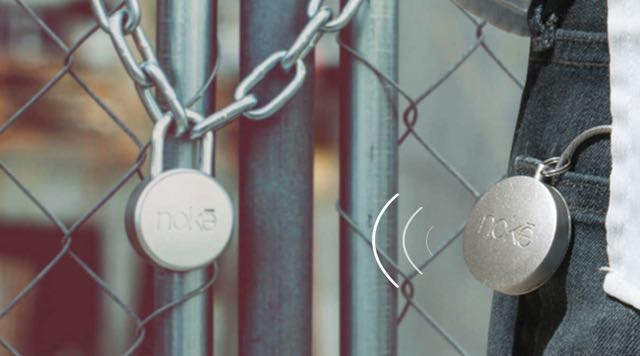 Quick Click is a unique combination of short and long clicks on the shackle. This can be set up in the app and give you a way to unlock Noke if your phone is not with you or out of power.

There’s also an optional Bluetooth fob which can purchased that can let you open the lock the same way you’d unlock your car.

Noke is powered by a standard 2032 watch battery that will run for a year before it needs changing.

The back of the device can be opened without tools so you can access the battery when it’s unlocked.

But what happens if you want to unlock Noke and the battery’s dead? You can jump start the lock with the replacement battery. 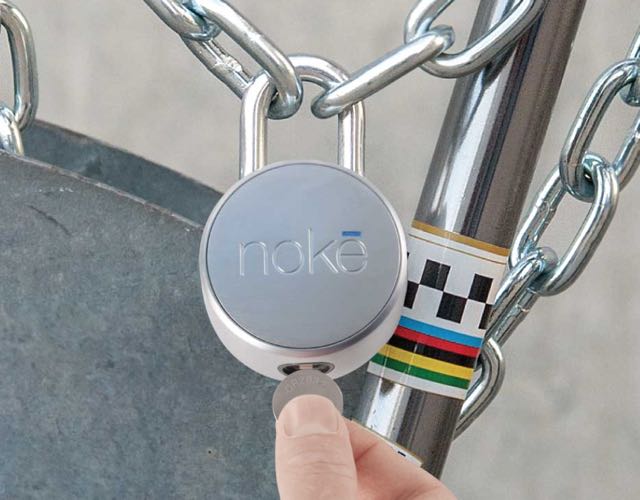 Simply press the battery against the contact points and that will give the lock enough power to operate and replace the battery.