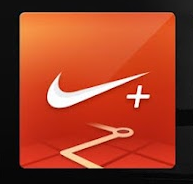 Android users get on your running shoes – the Nike+ Running app is finally available for Google’s operating system.

Previously only available for iOS – iPhone and iPod – the Nike+ app allows user to access the world’s largest running group.

Today the Nike running community has more than 7 million members.

The Android version has all the features seen on the iOS app including the ability to measure and map your run and provide figures for average pace, time per kilometre and much more.

There are also several motivational features with users able to look through suggested challenges like trying to run their fastest 5km or run their longest distance.

And all of the information collected by the Nike+ Android app can be uploaded to the nikeplus.com site to make it easier to monitor your training and check your improvement.

The social side of the app has also been improved. Runners using the Android Nike+ app can share their training results with their friends on Facebook and Twitter.

Users can also tag the shoes they ran in so they can keep track of the shoe’s mileage.

The Nike+ running app for Android is available now for free on the Google Play Store.