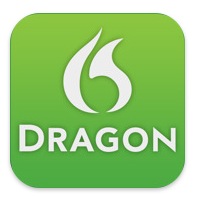 Dragon lets you talk instead of type

The iPhone is great but many people are frustrated with the small virtual keyboard.

Typing on the iPhone takes a lot of practice but even experienced users can easily slip.

Well, what if you could just talk instead of type? With the Dragon Dictation app you can.

The app allows users to record what they want to type.  After the voice recognition software kicks in, the words magically appear on the screen.

Accuracy is quite impressive even in noisy environments – lets face it, that just about everywhere when you’re out and about on your iPhone.

Even if it gets a word or two wrong, it’s also possible to correct that the old fashioned way – with the keyboard.

Once you’re happy with the accuracy of the text you are able to then choose how you want to use it.

Everyone I have shown the Dragon Dictation iPhone app to has been dazzled and downloaded the app to their iPhone on the spot.

And the great news is Dragon Dictation is free!

Crossing street with earphones may be illegal