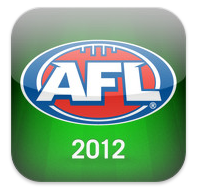 AFL fans can now download the official app for iPhone or Android smartphones and it’s just in time for the exciting 2012 premiership season.

The AFL Live Official App is free to download and, once the premiership kicks off, users can access live score updates, radio broadcasts of the games along with team lists, player profiles and match previews and reviews.

Those who want to step it up a gear can subscribe to the AFL Live Monthly Pass for $10 a month to watch live streaming coverage of every AFL match on their smartphone or tablet.

Fans can chose to buy the AFL Live Season Pass for $50 to watch live matches, full match replays, AFL TV, the final series and coverage of the Brownlow Medal.

And for those who just want to catch the odd game on their smartphone or tablet can pay $5 to watch a game at time.

After the app is downloaded and installed, Telstra customers on the Next G network will have unmetered access to the content unless they are viewing it from overseas.

AFL Live Official App is available to download now from the iTunes App Store or Google Play – the new name for the Android Market.