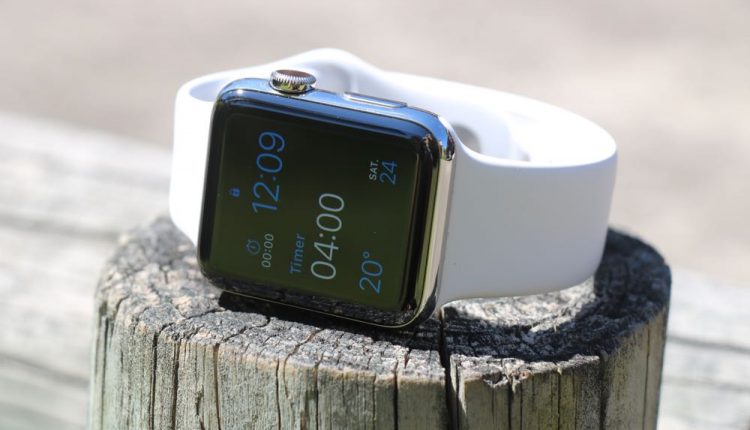 It wasn’t just the iPhone 7 that Apple released recently but also the Apple Watch Series 2 as well which has stepped up to the next level in a number of areas to make it even more attractive.

Ever since Apple put its considerable weight into the smartwatch category it has caused a rising tide that has lifted all boats.

As a result, the smartwatch/fitness wearable category has moved forward significantly.

But when the original Apple Watch was released in 2014, there was plenty of attention about what it could do – and what it couldn’t do.

As impressive as the Apple Watch was it did have its limits – it wasn’t water resistant and it didn’t have built-in GPS.

Apple has always been a company that leave a path of progression for its products so we were right in assuming that the next Apple Watch would tick those boxes. 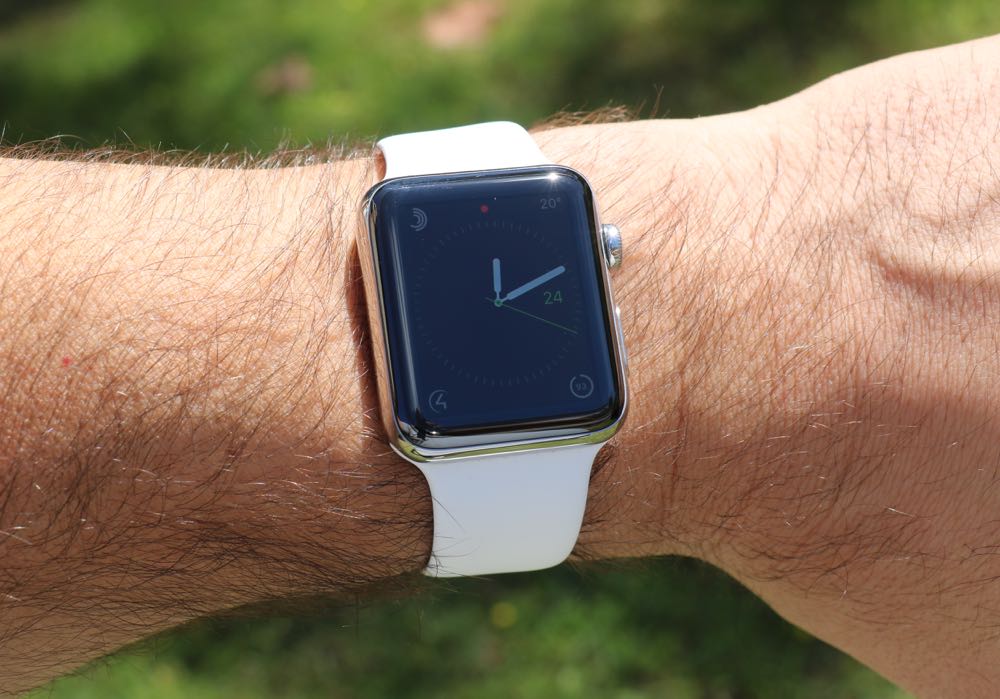 Apple Watch Series 2 has certainly done that – and more.

The Apple Watch Series 2 is identical to the original Apple Watch. It has the same digital crown and second button and the same shape and style.

There are some new watch band colours along with Apple Watch Series 2 Nike+ with its own exclusive bands and watch faces plus an Apple Watch Edition made of ceramic.

But even though the look of the actual Apple Watch hasn’t changed, you can still give it a new look and feel simply by purchasing a different style or colour band.

The screen is brighter – twice as bright as the first Apple Watch in fact – so it’s really easy to read the display even in bright sunlight. 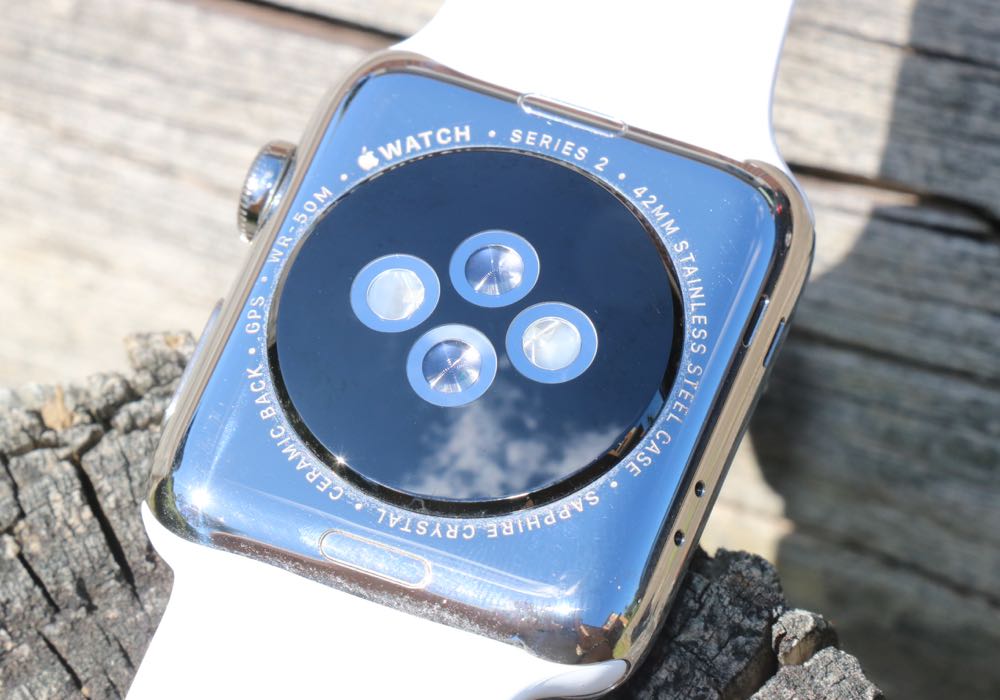 So this brings it in line with other sports watches on the market and instantly makes it attractive to serious athletes and fitness enthusiasts who want to track their workouts anywhere.

While we didn’t take it for a swim (still a bit too cold for us), we wore it in the shower and even had it underwater for a little while. All good. 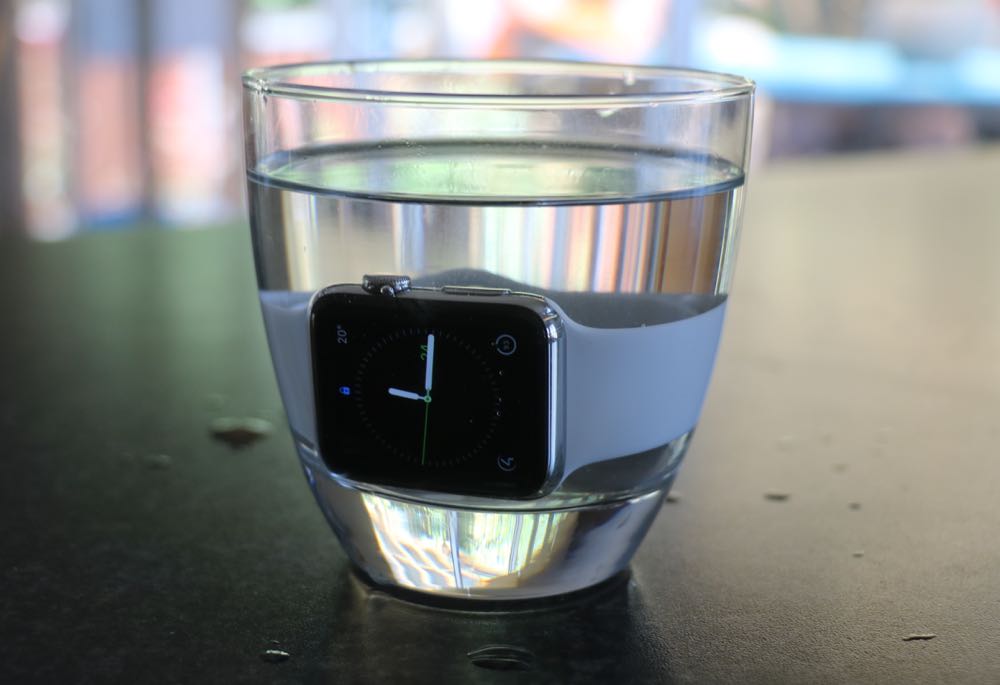 And you can now add swimming to your workout.

In the workout app there are now options for pool swims and open water swims.

In open water, the GPS may be limited but the accelerometer will still work out your calories burned. 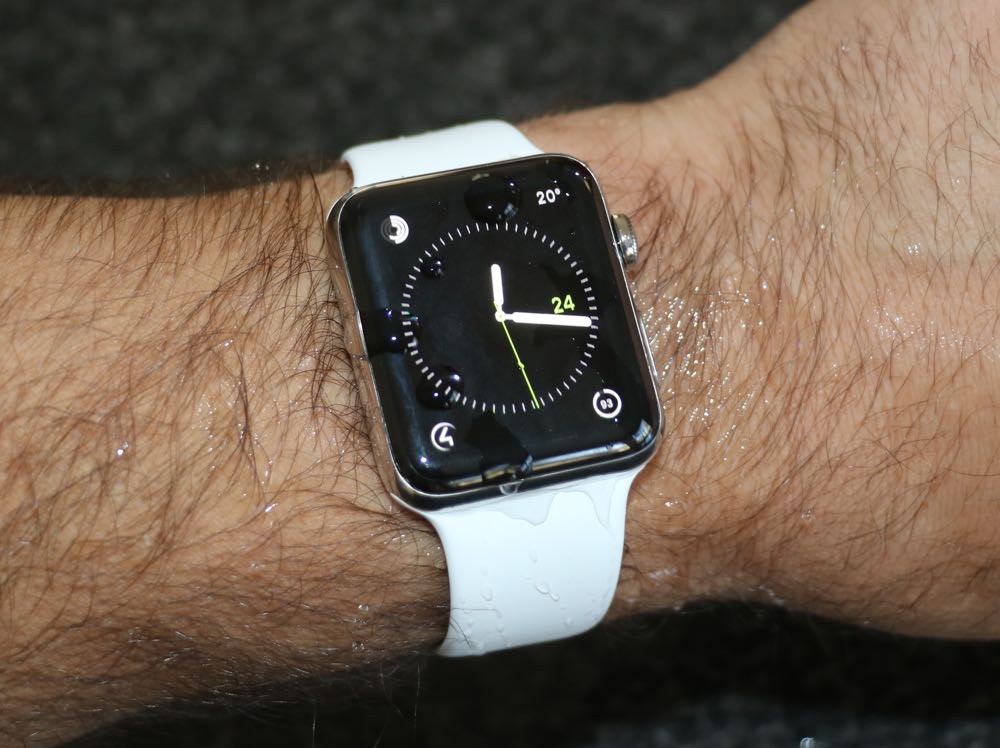 The water will also have an impact on the accuracy of your heart rate measurement as well.

If you select pool swim in the workout app you can also set the length of the pool.

The built-in GPS now means you can exercise without your iPhone.

Previously if you wanted any GPS information – it had to come through the iPhone. Not anymore.

Now you can go for a run and get accurate distance, pace and average speed as well as seeing a map of your journey just with Apple Watch Series 2.

You can also store music on the Apple Watch’s internal memory and pair wireless earphones – and still without having to touch the iPhone. 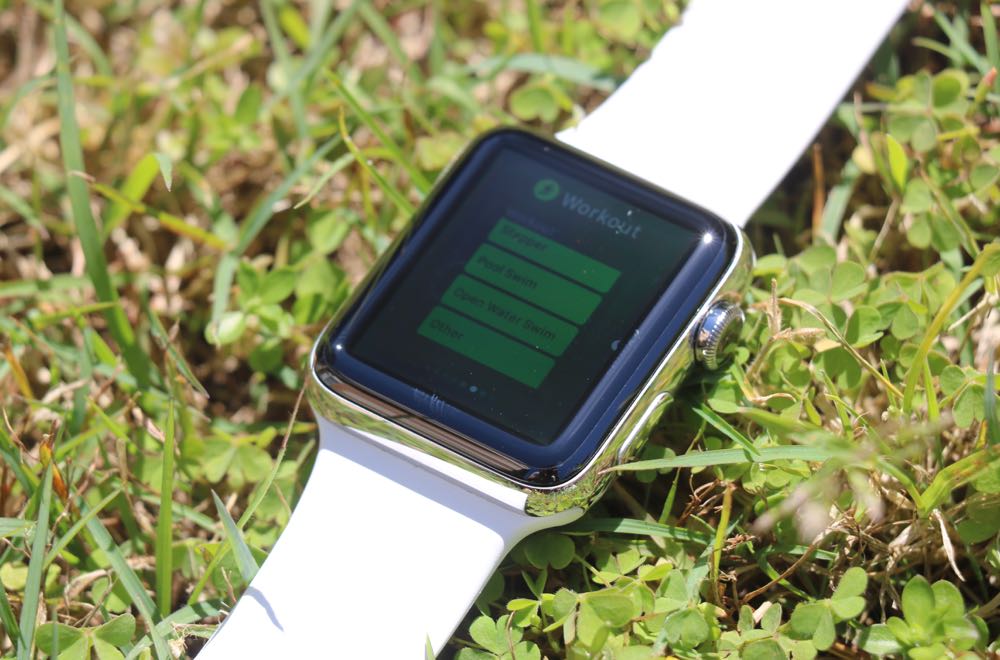 Another strength of the Apple Watch Series 2 is the sheer number of apps you can run on the device.

Not just Apple’s own excellent apps like Workout and Activity apps but also a host of third party workout apps.

But away from the gym, Apple Watch has the most apps of any other smartwatch you’ll find.

Now you can control your lights, use it as a universal remote control and even control your Keynote presentation right from your wrist.

Another key feature that makes Apple Watch even better is the latest watch OS3 software which makes the device faster and easier to use.

Even if you have the original Apple Watch you can install watch OS3 and really notice a big difference in performance and convenience.

Now you can keep your favourite apps in a dock so they’re ready to use instantly after being updated or running in the background. 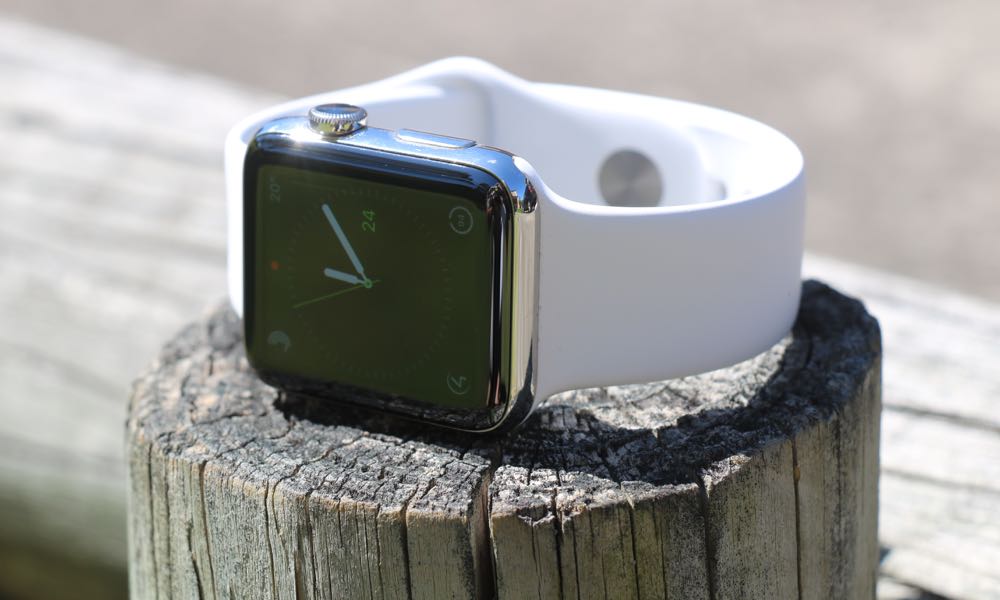 You also get the new Breathe app which reminds you up to three times a day to stop for a minute of deep breathing.

Apple Watch guides you through the inhale and exhale with a little tap on the wrist.

With watch OS3 you also get a host of new watch faces to choose from and an easier way to change between watch faces at any time.

And at night you can customise a watch face right down to the colour to match what you’re wearing.

Another advantage of Apple Watch is the fact it can allow users to answer calls, messages and act on notifications right from your wrist without taking your iPhone out of your bag or your pocket.

One of our favourite features courtesy of watch OS3 is the messaging. Before you only had a few preset default replies because the screen was too small to type on. 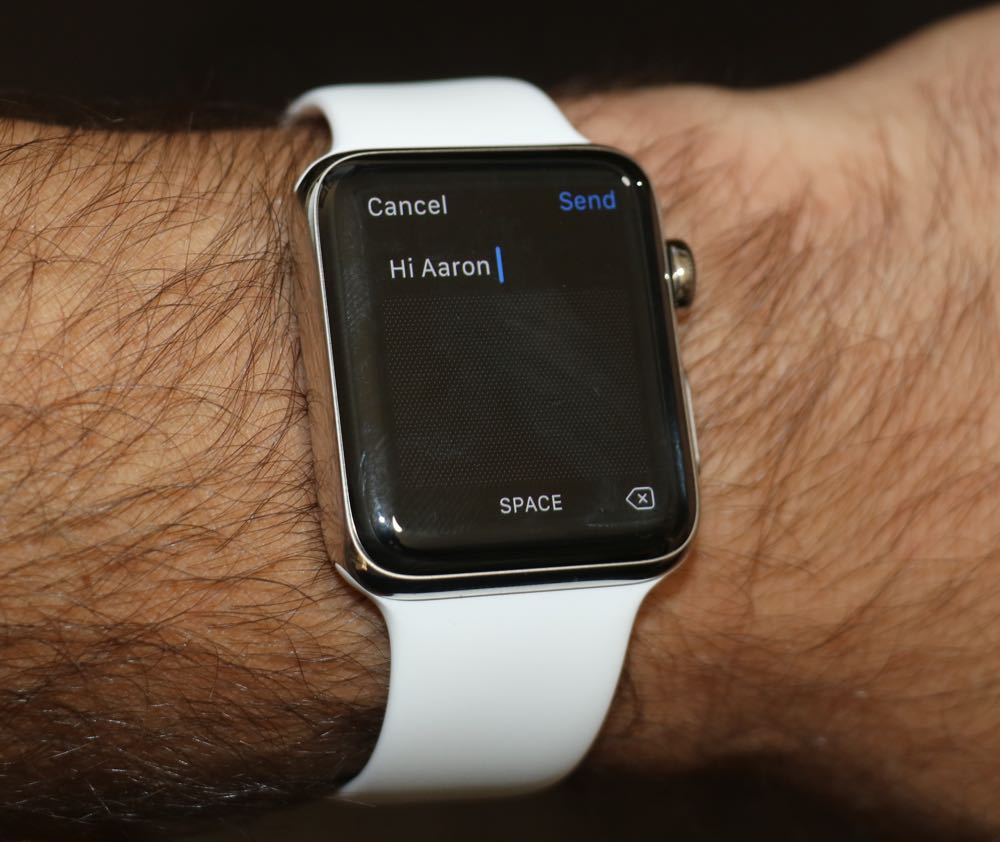 But a new feature called scribble lets you quickly write out your reply a letter at a time on the writing space and the Apple Watch will convert them to text.

We were able to write whole sentences in a few seconds to reply to message and still with our iPhone never leaving our pocket.

Like the iPhone 7, it would have been great to see a new design. This Apple Watch design is now two years old. But on the upside this design is still impressive and has a premium look when compared to competitor devices.

If you’re an adventurer and elite athlete, the Apple Watch Series 2 is still going to fall short because it lacks things like a barometer, altimeter and compass. It also lacks the really rugged construction of dedicated sports GPS watches so some customers may fear it won’t be able to handle their outdoor lifestyle.

The Apple Watch Series 2, despite not looking any different to the previous model, is still several classes above thanks to the additional features and abilities.

And watch OS3 is a great example to show that Apple will continue to improve the product into the future.

PROS: Excellent design, water resistant, built-in GPS, huge choice of apps. CONS: Design hasn't changed, not rugged enough for some users. VERDICT: The Apple Watch Series 2, despite not looking any different to the previous model, is still several classes above thanks to the additional features and abilities.