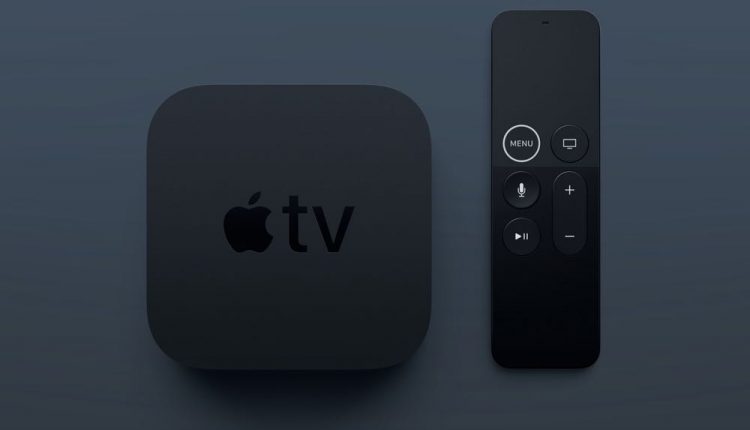 Apple TV has moved to the next level by offering access to stunning 4K content just as customers are buying more 4K Ultra High Definition televisions than ever before.

The new Apple TV 4K is a truly impressive device which puts the latest movies, TV shows, and apps right at our fingertips.

But customers will benefit from all the work Apple has done behind-the-scenes with the major studios to ramp up the amount of 4K movies and TV shows that we will be seeing on our screens.

Only a customer who decides to purchase the Apple TV 4K, will be able to appreciate Apple’s remarkable clout to not only encourage studios to offer more 4K but also keep it at a reasonable price.

The only studio hold out is Disney but hopefully it will be offering 4K movies really soon. And were hoping the latest Star Wars films are among them. 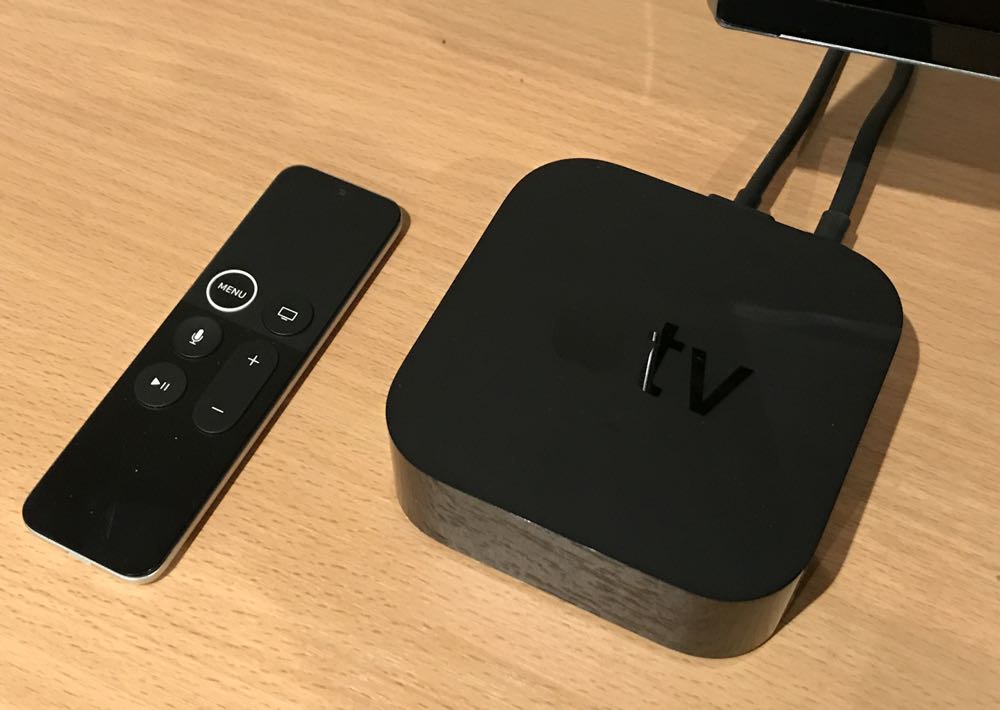 But it seems Apple has gone into bat for its customers to ensure studios charged the same price for 4K as they would for HD.

And what’s even better is the fact that anyone who’s already purchased a movie in HD it will be updated to the 4K version when it’s available – absolutely free. 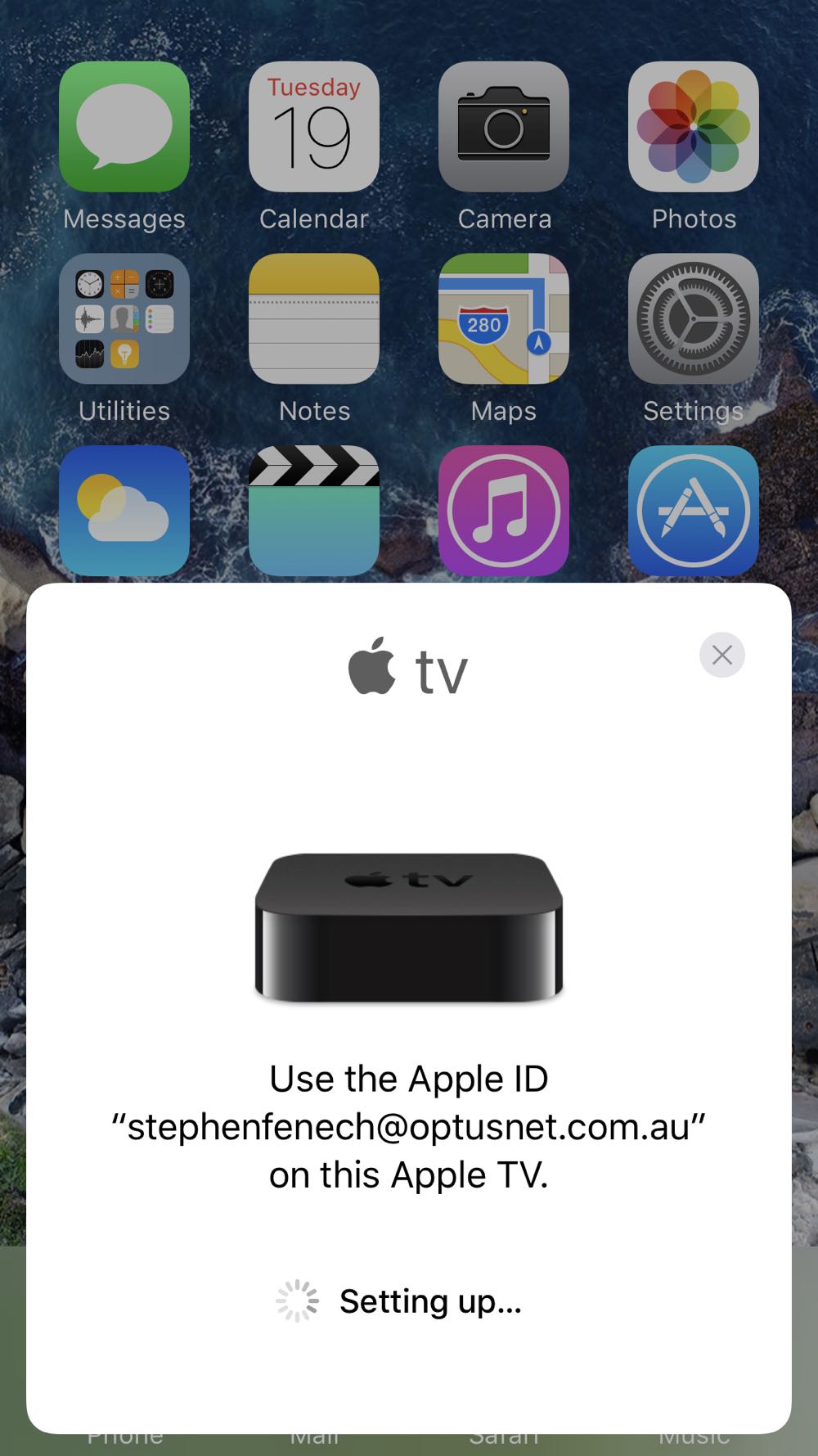 Apple TV 4K also delivers HDR (high dynamic range) and Dolby Vision so not only are you seeing more pixels but higher quality pixels as well. 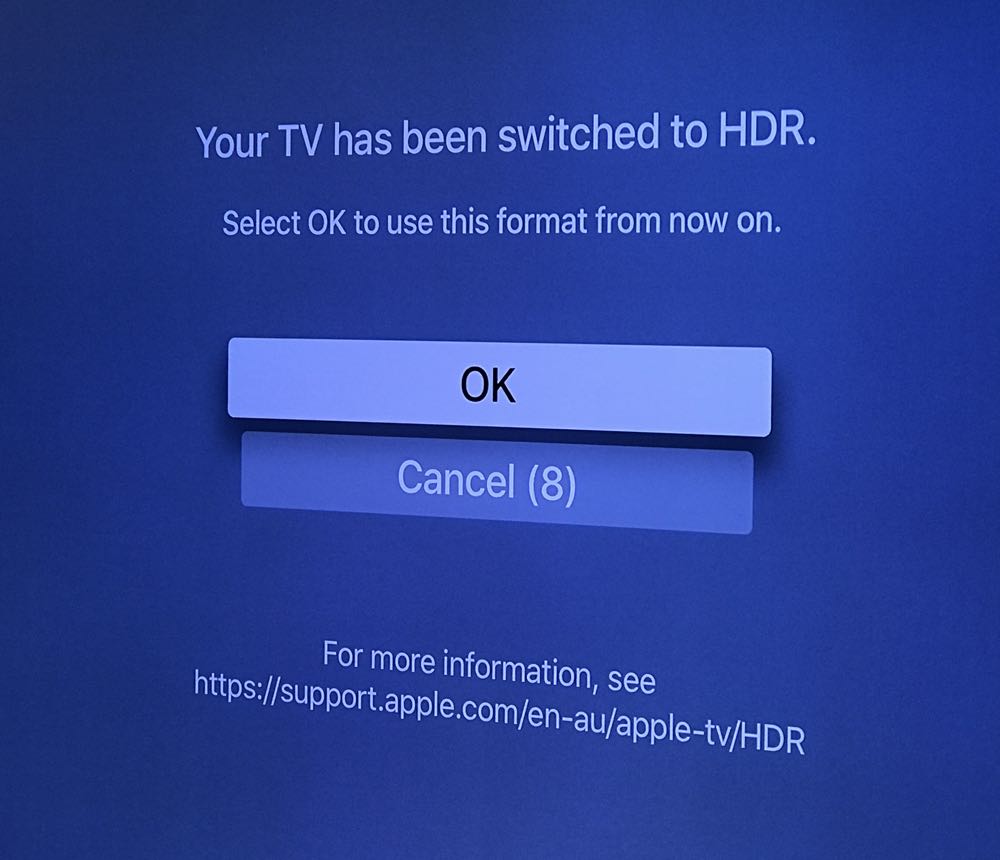 The device itself looks identical to the previous model but the remote control has had a slight upgrade.

Typically, Apple TV 4K is an absolute breeze to set up. It’s as easy as having your iPhone by your side so Apple TV 4K can sign into your account, connect to the same Wi-Fi network and have you up and running in no time.

A nice touch was the Apple TV 4K’s ability to automatically organise the best possible video output where you’ve got a 4K or HD TV. 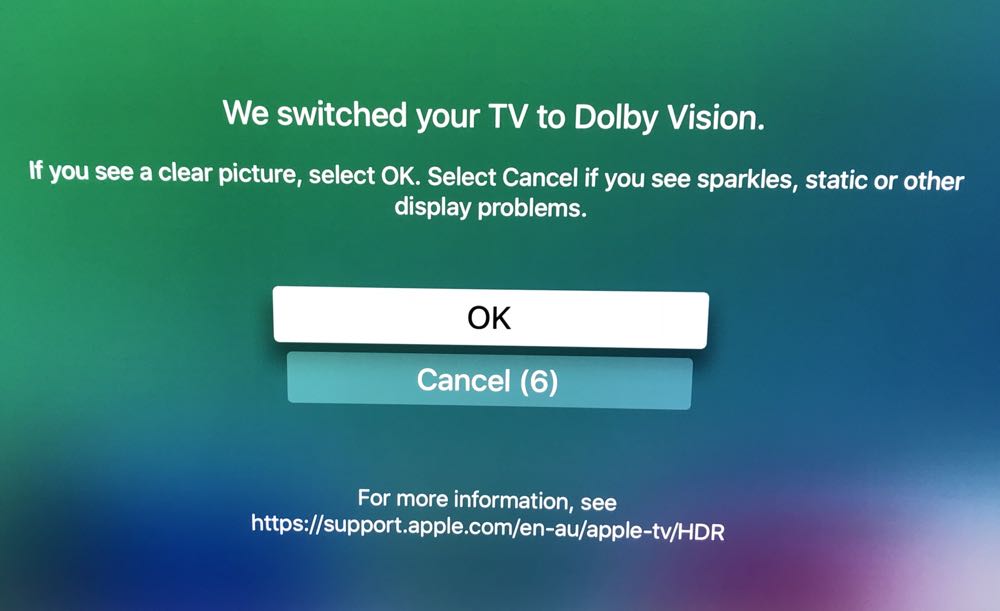 We were also impressed with the way the device could detect whether the TV had HDR or Dolby Vision.

Each time we connected the device ran a little test to ensure nothing would compromise the experience, including the cable we were using. 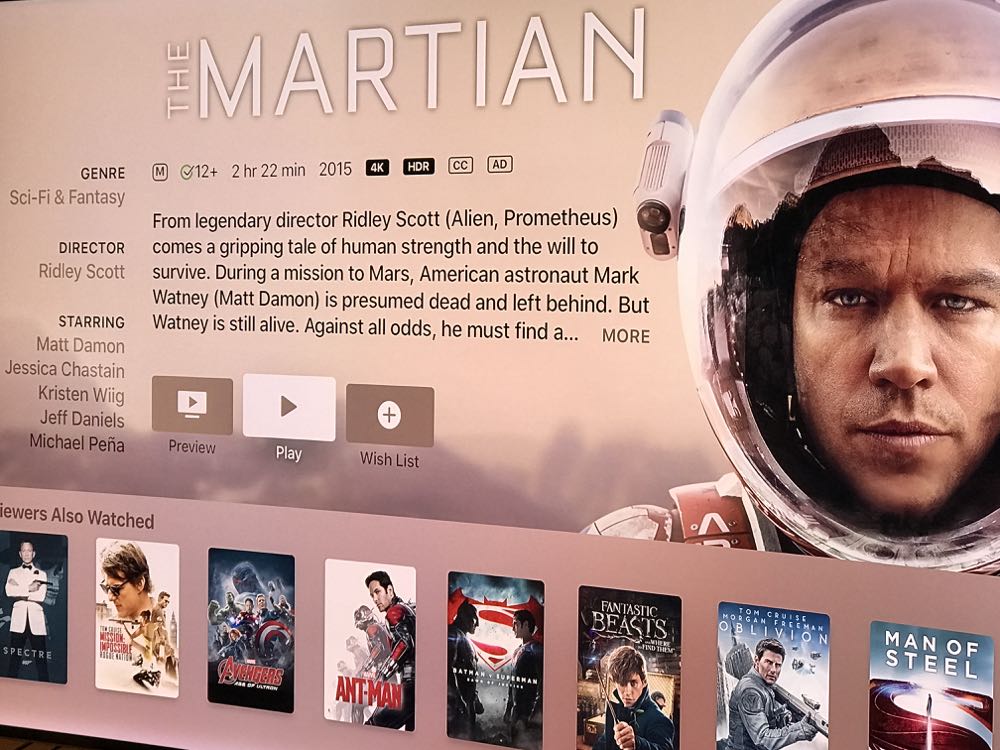 Under the hood is the A10X Fusion chip with 64-bit architecture so it’s smooth and fast and delivers impressive graphics performance for games and apps.

The best part of Apple TV 4K is iTunes movies in 4K.

Before this week, Netflix was the main source of 4K content in HDR or Dolby Vision.

Now with Apple TV 4K, iTunes is now the new go-to source for this high-quality material. 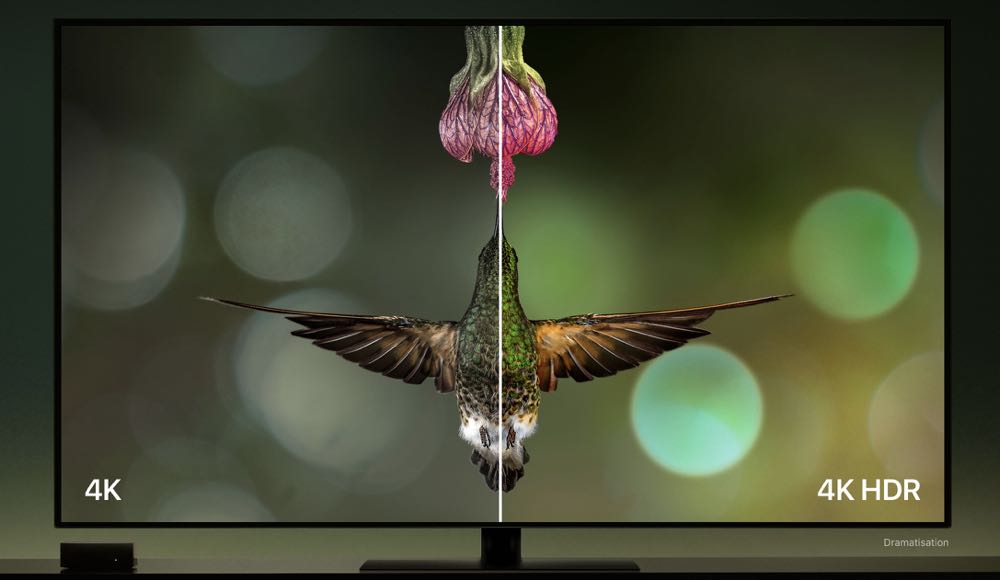 iTunes offers new release movies with some available in 4K and with either HDR or Dolby Vision.

Bottom line, there’s lots of content to choose from and enjoy in 4K.

But how does it look?

The short answer is: absolutely brilliant. 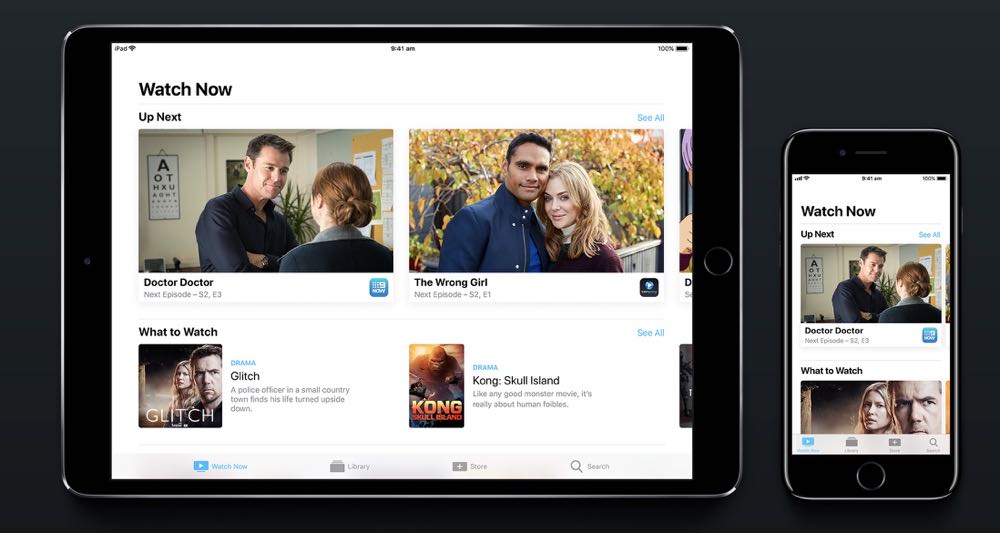 Playing a movie off a 4K disc offers a higher bit-rate than a streamed 4K movie but Apple TV managed to exceed our expectations with the quality it provided.

Yes, it depends on the speed of your internet connection but Apple TV 4K with its A10X processor has got your back to intelligently buffer the stream so all you see is the movie and no annoying screen freezes.

And it maintains impressive 4K resolution at the same time with HDR. 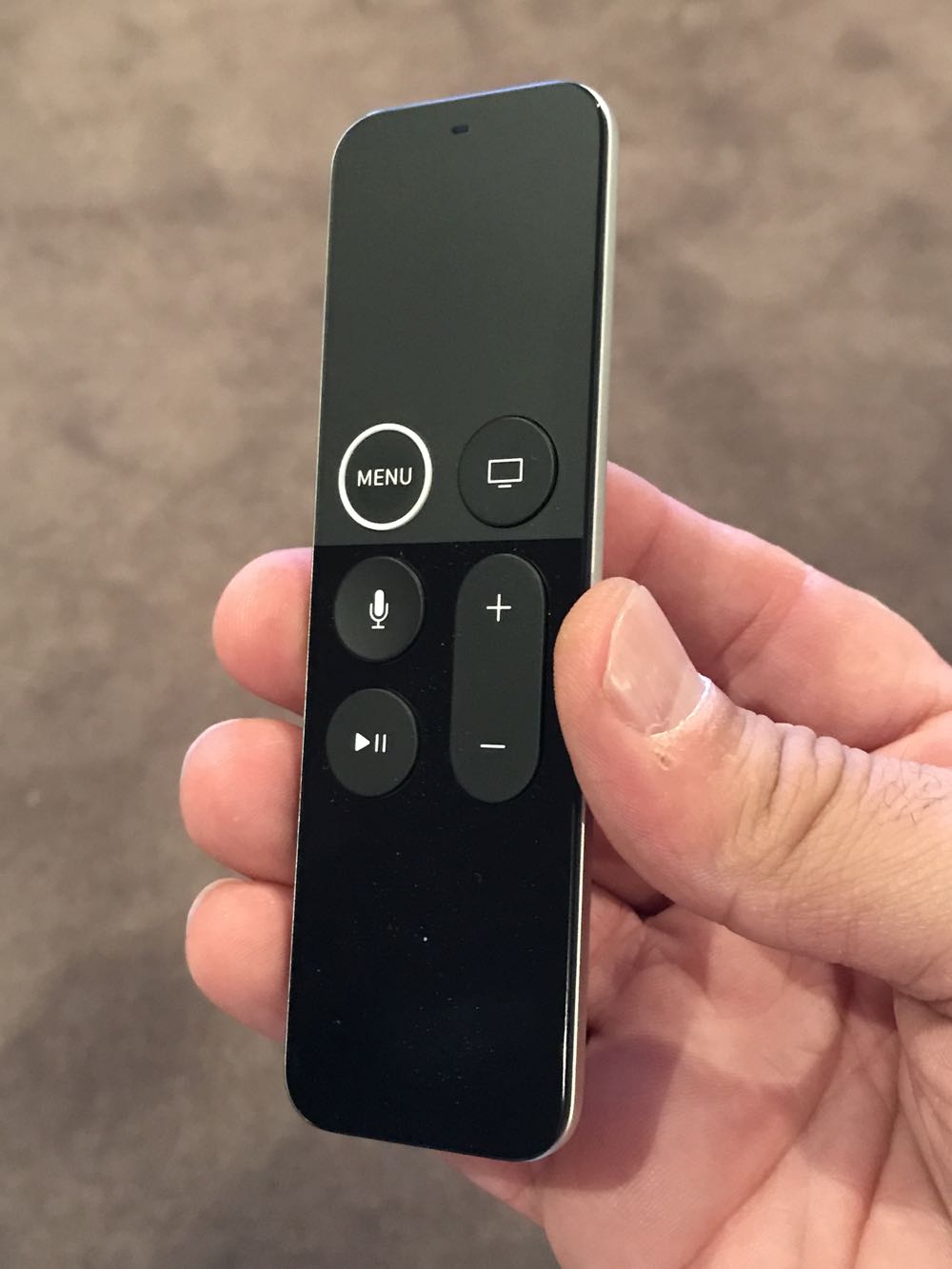 We were pleased to see some of our titles have been updated to 4K including The Martian which looked nothing short of stunning on our Samsung HDR 4K TV.

The detail, colour and contrast was really impressive.

And we had the same result with Dolby Vision.

New release Wonder Woman is one of many movies in 4K with Dolby Vision.

A small badge appears on the top right corner to indicate whether HDR or Dolby Vision is being played with that title. 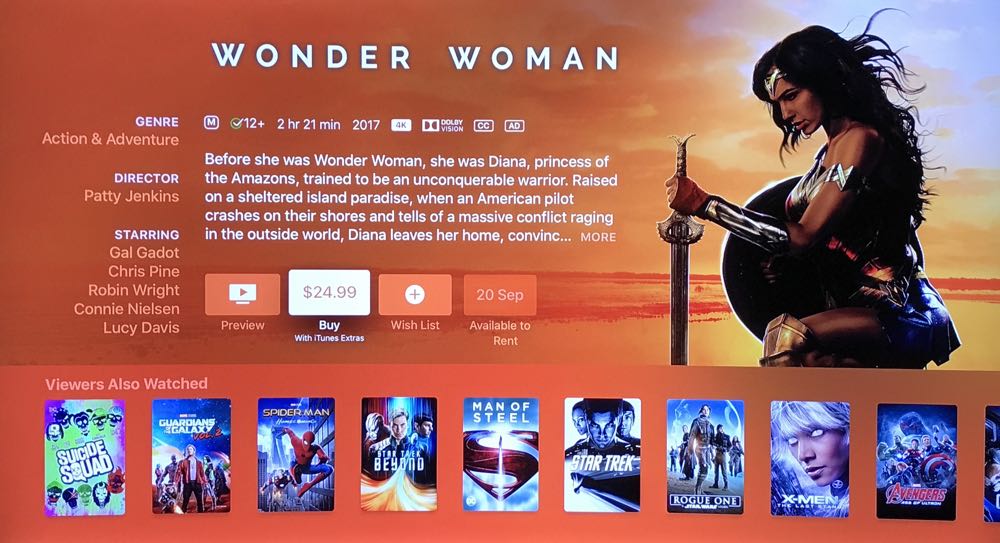 Siri is also in control for Apple 4K TV users so you can ask to find certain movies and genres and execute commands like opening apps and playing specific TV show episodes and movies.

Users can you control the playback with Siri. You can say things like “go forward 10 minutes” and a second later you’ll land in that exact spot.

You can also get really specific with your searches like asking for movies in 4K, movies of a particular genre and movies starring certain actors.

Siri can be activated from the dedicated button on the remote. 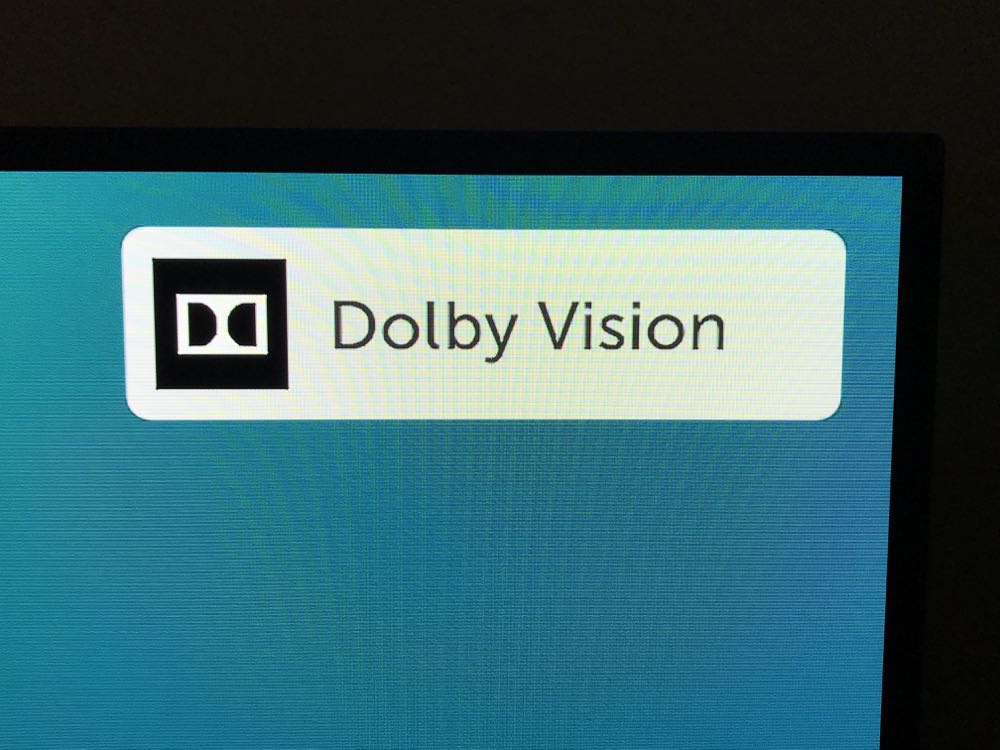 Speaking of the remote, it’s had a slight makeover with a more prominent menu button is easy to find in the dark thanks to a ridge that encircles the button.

It has retained the trackpad and adds a shortcut to the TV app which brings together more than 60 apps and subscription services and organise your iTunes library.

It can help you discover something new as well is remind you of the latest episodes of your favourite TV shows.

And it’s not just restricted to Apple TV 4K. The TV app is now part of iOS 11 on the iPhone and iPad and provides a seamless extension to what you’re watching on your TV.

For example, if you’re watching something on Apple TV and need to head out, you can pick up where you left off on your iPhone or iPad. 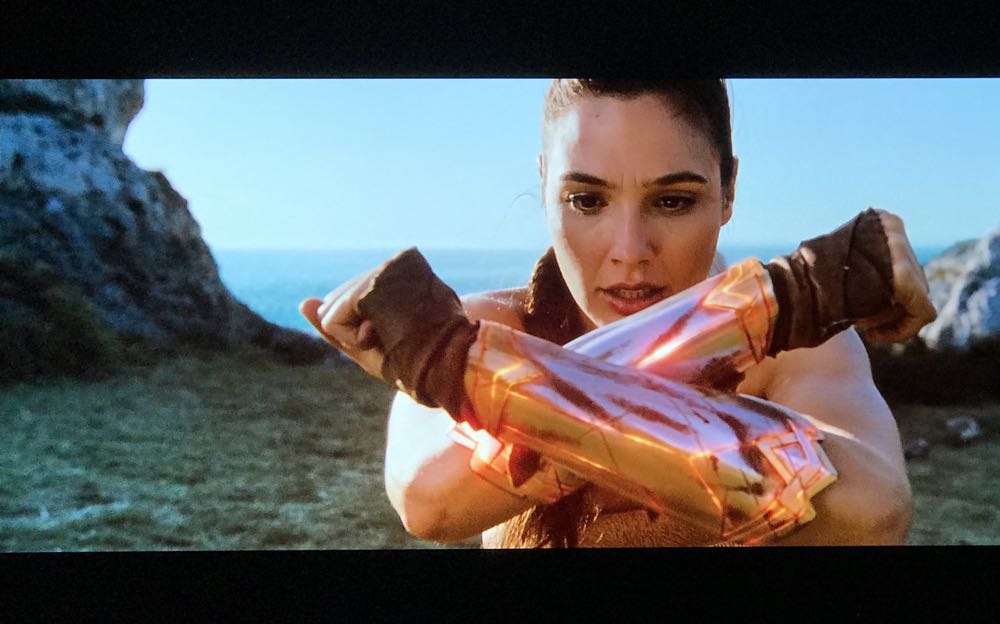 Your nearby iPhone and iPad also come in handy whenever you need to enter text for research or to sign in.

When that screen appears on Apple TV 4K, you’ll feel a vibration on your device to remind you that you can use the iPhone or iPad keyboard.

The App Store is also available on Apple TV 4K with lots of apps and games showcasing the increased resolution and power of the device.

On the gaming side, it’s possible to play sophisticated action packed games and control everything with the Apple TV 4K remote-control which now has a three-axis accelerometer like the iPhone. 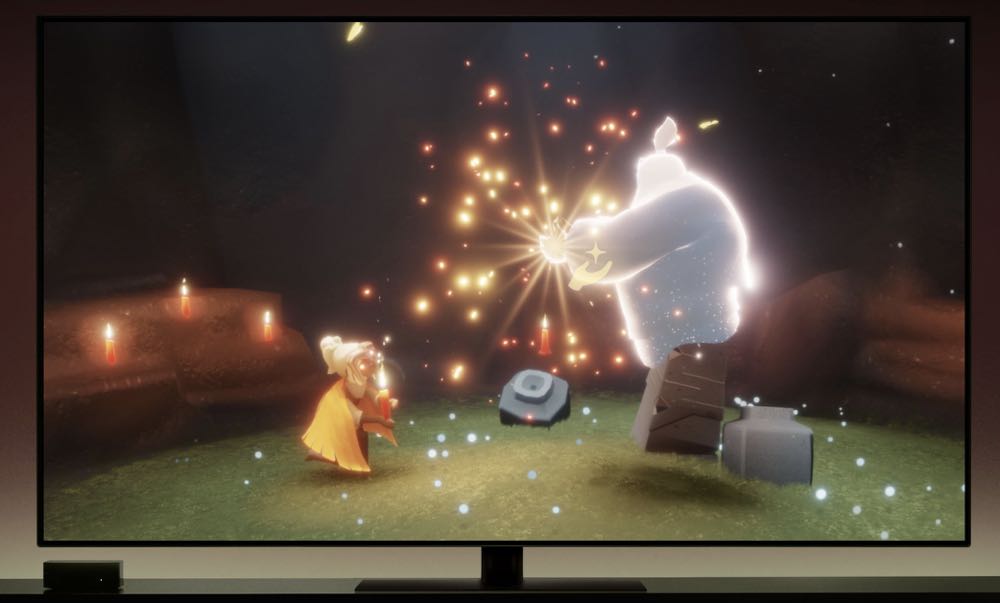 It’s also got HomeKit on board so it can act as the gatekeeper to all your connected devices and allow you to still have control when you’re out using the home kit app on your iOS device.

Another cool new feature are the screensavers shot in cities and beautiful landscapes which are also now in 4K quality.

Now Apple has stepped into the world of 4K, customers can expect a steady stream of high quality content. It will all come through Apple TV 4K which provides a fantastic home viewing experience.