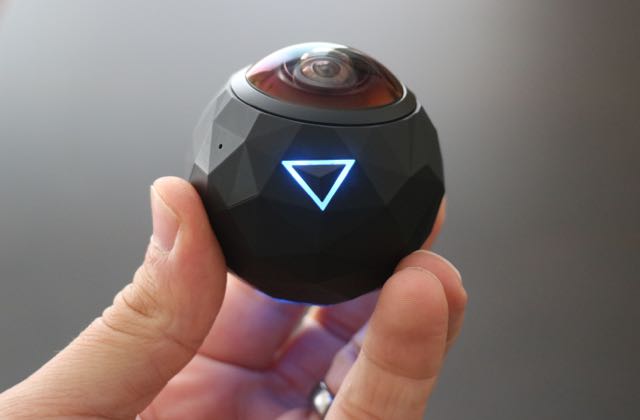 Why decide on only one direction to shoot when you can shoot all directions at once. That’s exactly what you can do with the 360Fly 4K camera so you won’t miss a thing no matter the angle.

This is the second generation 360fly following the original high definition camera. But this time out you’ve got 4K quality.

It has a compact ball shape that’s slightly larger than a golf ball. It is almost identical to the design of the previous HD model.

At the top of the device is the eight element glass ultra-fisheye lens with a 360-degree horizontal and 240-degree vertical field of view. 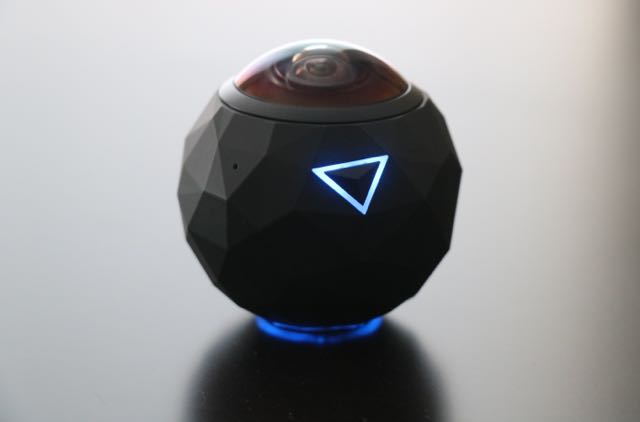 With that in mind you don’t need to work out what direction to point the 360Fly 4K because it’s actually pointing everywhere.

Other 360-degree cameras on the market have two lenses that shot 180 degrees and stitch it together.

But the 360Fly 4K captures everything at once with that one large lens so your videos are going to be consistent in terms of lighting.

There is no display on the device but a single button that turns it on and off and start and stop recording. So it’s super easy to operate.

The single triangular button is surrounded a coloured LED light with the same LED around the base of the camera so there’s no mistaking the camera’s status at any time.

But the companion app that runs on the iPhone and Android devices also offers plenty of other options including providing a screen for live views and uploading and sharing your videos.

360Fly 4K actually creates its own wi-fi hotspot so you can connect your smartphone directly with the camera.

This way you can see what the camera is seeing in real time but then also upload the videos and pictures from the camera to your mobile device.

There is an internal memory of 64GB which is enough space for a couple of hours of video. 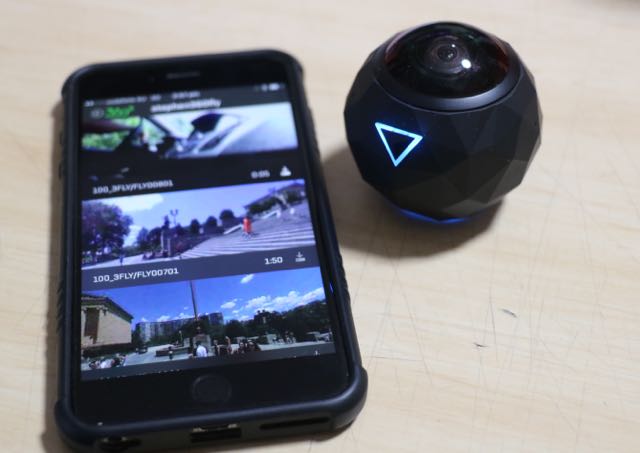 There is no microSD card slot and no flap that pops open for you to charge it.

Charging the 360Fly 4K means it has to be placed in a small circular magnetic cradle which has a microUSB port to connect a cable.

The base of the 360Fly 4K has a regular tripod thread so the mounting options really open up and there’s an adaptor so it will work with GoPro mounts as well.

It’s also completely waterproof as well so there’s no limit to the places you can take the 360Fly 4K.

What I liked to do was simply hold it in my hand and also place onto a monopod and hold it aloft like a torch and looking like the Statue of Liberty.

On a recent trip to New York we shot a 360-degree video in Times Square which really gives viewers a better appreciation of the busy part of the city and its amazing atmosphere.

I also took a trip to Philadelphia and, as a big Rocky fan, I naturally took the Rocky film tour which culminates at the Philadelphia Museum of Art – the site of those famous 72 steps that Rocky scales.

So we wanted to make people feel like they were running the steps with us than with a 360-degree video and the 360Fly 4K performed admirably.

The footage looked smooth and sharp and it captured the moment like no other camera could.

Users can place it anywhere they’d normally position an action camera to capture video and also photos and photo bursts. 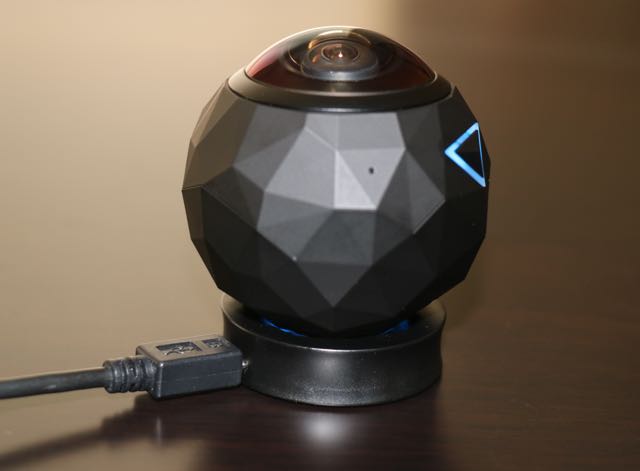 There’s also timelapse mode so you can capture some breathtaking 360-degree footage as well as GPS onboard so you can tag locations plus the altimeter and accelerometer can look after reading altitude and speed.

But there’s no use having a cool 360-degree camera like the 360Fly 4K unless it’s easy to view and share your videos.

And the good news is you can share your videos so others can view them in their full 360-degree glory pretty easily.

From the app you can export your videos to Facebook and YouTube and, depending on the desktop browser, they can be viewed in 360-degrees where the person can pan around and change the direction of their view.

If viewing on your mobile device, you can actually move the phone to pan around the video to appreciate the full scope as well.

Your videos can also be seen in a VR headset – 360Fly sell one of their own – so you can really experience being right there.

Speaking of being right there, it’s also possible to live stream from your 360Fly 4K through the Livit app. This functionality is only available for iOS users at the moment but it will soon become available for Android.

360Fly is working on more ways to stream your live 360-degree videos so stay tuned.

There is also a desktop app called the 360 Director to manage your videos and pictures and add other effects but we preferred the simplicity and efficiency of the mobile app.

On the battery side, you’ll get up to two hours out of the 360Fly 4K before you need a recharge. 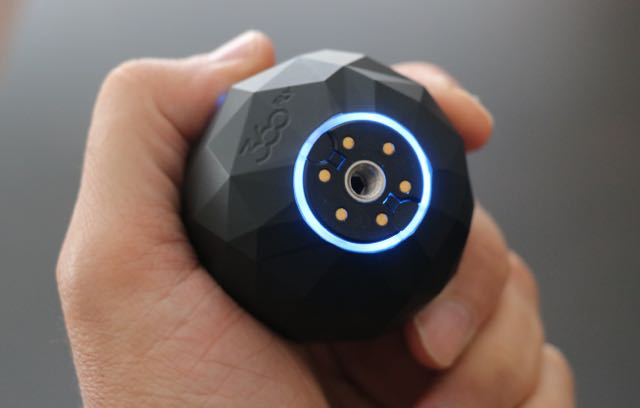 The indicator light around the button will flash magenta when you’re below 20 per cent battery capacity.

And you’ll need that magnetic cradle to charge the device so you have to remember to take that with you if you need to power it up again on the move.

It offers the quality, versatility, ease of use and sharing options that competitors don’t have.