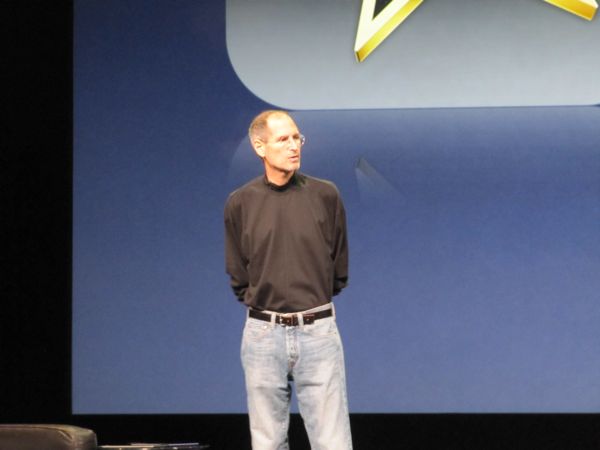 Steve Jobs’ surprise appearance at the Apple event in San Francisco while he is still officially on medical leave was as significant as the launch of the iPad 2 itself.

It made the launch a headline event. The iPad alone would have made the news but the fact that Jobs was there to deliver the news bumped it even higher up the newslist.

When he walked on stage at the Yerba Buena Centre for the Arts wearing his traditional black turtle knew and blue jeans the audience erupted in applause and he was given a standing ovation.

Most expected that either Apple vice-president Phil Schiller or company COO Tim Cook would take the stage but we knew there was something up when both of these guys were spotted in front row in the audience just minutes before the scheduled 10am start.

Reports that Jobs only had weeks to live were doing the rounds only a couple of weeks ago. His health was even making headlines in publications like The National Enquirer along with pictures of him entering a cancer clinic.

The Apple boss and his health issues have been public knowledge – pancreatic cancer diagnosis in 2004 and a liver transplant in 2009.

At the iPad 2 launch Jobs was still looking quite thin and was wearing a belt to hold up his jeans – something he didn’t usually do.

But he was there.

When he strode confidently on stage in San Francisco at the Apple event it spoke volumes.

First of all Jobs was not on his deathbed. Here he was delivering a keynote address and unveiling yet another must-have Apple product.

He thrives on it and his performance at the iPad 2 launch was typical Steve.

There was the trademark energy, engagement and passion along with the cheeky references to Apple’s rivals who are trying to keep pace with the Cupertino-based company.

His appearance on the stage didn’t hurt Apple’s share prices either – stock closed $3 higher at the end of trading after the iPad 2 launch at $352.12 – an increase of 0.8 per cent.

Jobs did hand off to others to demonstrate certain features and apps during the presentation which meant he was never on stage for extended periods but his presence at the event for the many tech journalists in the audience, myself included, was a big deal.

Apple has never been a company to look back too much and will probably not even publicly acknowledge the fact that on April 1 it would have been 35 years since Steve Jobs and Steve Wozniak founded the company in a garage.

That just gives us an idea how long Jobs has been at it and how his visionary leadership has been.

Let’s hope we see him revealing many more Apple products in the way that only he can.

Hands-on review of the iPad 2