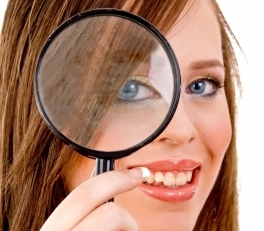 The most popular internet searches through Yahoo7 have been revealed with world events dominating our search queries in 2014.

Tragic events like the disappearance of Malaysian Airlines flight MH370 and the MH17 crash, the sad death of Robin Williams and the frightening Ebola virus are international stories that grabbed our attention.

On the sporting front we were also looking for news on the FIFA World Cup, the Australian Open tennis and the Commonwealth Games.

It has been a tragic year for Malaysia Airlines with disappearance plane MH370 while crash experts have only recently recovered the wreckage from downed Malaysia Airlines flight MH17 which killed 298 passengers.

Minecraft has come a long way from its humble beginnings to become one of the most popular games in the world, which took out the top spot for Yahoo7’s most popular searches last year. This year Minecraft ranks as the second most searched term.

The Frozen phenomenon continued in 2014 after premiering late in 2013 and has since gone on to earn more than $1.2 billion worldwide. It is now fifth highest grossing film of all time.

The World Cup is one of the biggest sporting events on the planet and millions of soccer fans from around the world tuned in to watch the tournament in Brazil this year. Germany took out the title after defeating Argentina 1-0 in the final.

Peppa Pig is a hugely popular British animated series for preschool children that premiered in 2004. Peppa Pig has become a hit with kids and parents alike, with the five minute episodes centering on the adventures of Peppa and her friends. Now Peppa Pig is on all sorts of merchandise including DVDs and a huge range of kids clothing.

The world was in shock when it learned about the tragic death of Robin Williams in August. Many people went online to express their sadness at his passing. The Oscar-winning actor had an amazing body of work that included Good Morning Vietnam, Dead Poets Society, Mrs Doubtfire, Good Will Hunting and Aladdin.

More than 5,000 athletes travelled to Glasgow, Scotland for the 2014 Commonwealth Games. 71 countries competed in 261 events across 18 different sports. England took out the medal tally for the first time since the 1980s, Australia and Canada following in second and third place.

News of the Ebola virus spread fast in 2014 which saw the largest outbreak ever documented of the deadly virus. The World Health Organisation declared an international public health emergency in August.

Australia’s iconic band INXS was once again the topic of conversation in 2014 after the television miniseries, INXS: Never Tear Us Apart was aired in February. The miniseries saw more than two million viewers tune in to relive the story of the band’s rise to stardom and events leading to the death of lead singer, Michael Hutchence in 1997.