The drama around Australia’s failed online Census has deepened with government claiming the interruption was the result of a cyber attack which most likely came from hackers overseas.

Australian Privacy Commissioner Timothy Pilgrim has opened an investigation to make sure no personal information had been compromised.

But Small Business Minister Michael McCormack contradicted the Australian Privacy Commissioner’s press release and tweets and said in a press conference that the interruption “was not an attack, nor was it a hack”.

McCormack, the minister responsible for the Census, has put a totally different spin on it. 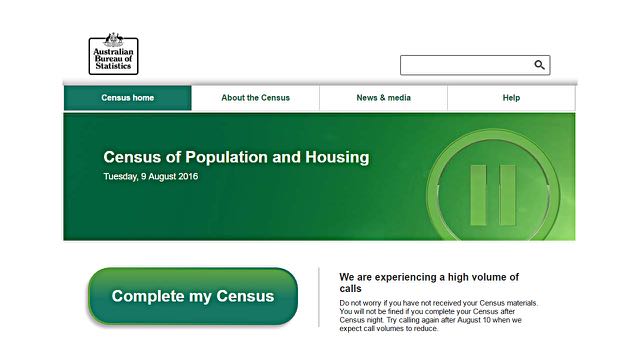 “A hack is when somebody gets into a system, and then uses it for malicious purposes. There was no attack, there was no hack, because that sort of information did not get out.”

But despite the denial of the incident being an attack, McCormack outlined the timeline of the problem which started at 10.08am when a significant increase in traffic.

It would happen on another three occasions before the decision was made to take the site offline at 7.45pm.

We apologise for the inconvenience. The 2016 online Census form was subject to four Denial of Service attacks of varying nature & severity.

McCormack insists that no data was lost or compromised. Issues with the Australian Bureau of Statistics (ABS) site were put down to the server not being able to handle the huge amounts of traffic of people trying to complete the form between up 7pm and 9pm.

This failure echoed around social media with so many people expressing their frustration at the inability to complete the form online the hashtag #CensusFail was one of the top trending topics on Twitter.

But today it emerged that the ABS decided to take the sites offline to protect personal data from this “denial of service” attack/incident.

A denial of service attack is when a hacker attempts to make a network resource unavailable to its intended users, such as to temporarily or indefinitely interrupt or suspend services of a host connected to the Internet.

ABS would remind Australians that they have plenty of time to complete the Census, to well into September.

This is achieved by flooding the targeted machine or resource with empty requests in an attempt to overload the systems and stop all of the legitimate requests from reaching the server.

DoS attacks have been used in the past as a smokescreen to attempt to hijack information.

In the case of the Census, the government insists all of the data was safe.

When people assumed the site’s failure was the result of an overloaded server, it emerged the ABS had spent around $500,000 conducting load tests to ensure the site could handle the traffic.

There will be no fines for completing the Census after Aug 9. There’s still plenty of time to complete the Census. Thanks for your patience.

So where so we go from here?

No matter what the reason, users who were unable to complete the Census online were frustrated with the time they’d wasted.

And there were concerns those who couldn’t send through their information would be fined $180 a day but the ABS says it won’t be imposing any penalties in these circumstances.

But here are the questions we have:

When will the Census be completed? The ABS ways we have till September to complete the Census.

How can the ABS ensure this won’t happen again?