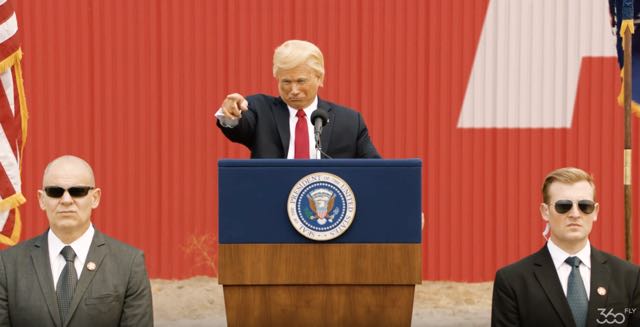 What better way to promote the 360Fly 4K – a camera that can capture 360-degree video – than with a parody ad with a Donald Trump that’s already been banned in the United States.

The humorous ad was the brainchild of Australian-born 360Fly CEO Peter Adderton and pokes fun at the controversial presidential candidate.

But the ad – which was due to air on American TV today – has been banned by key networks including the ABC, NBC and CBS.

In the ad, the Donald Trump-impersonator is standing at a podium fronting a press conference in front of a gigantic wall on the Mexican border that runs in either direction as far as the eye can see.

A blogger in the audience is then seen activating the 360Fly 4K camera to record the event and stream it live to his family and friends who can then pan around and see whichever angle they want.

Meanwhile Mexicans have dug a tunnel and are seen streaming through the opening and escaping. 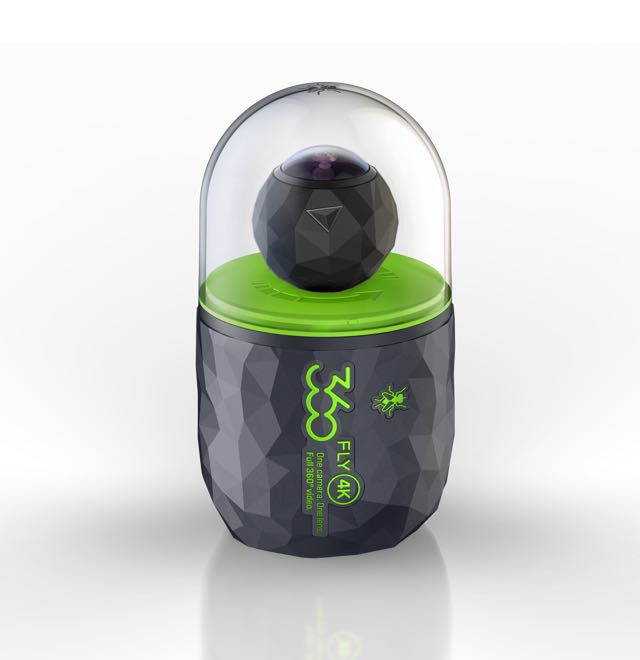 “People are inherently driven to take a side, adopting a very narrow and singular point of view where politics are concerned, and that’s exactly what the camera industry has done for quite a while now,” said Peter Adderton, CEO for 360fly.

“This spot acts like a metaphor for the camera industry and showcases how 360fly allows you to break out of that singular focus and capture and relive experiences from every possible point of view.” 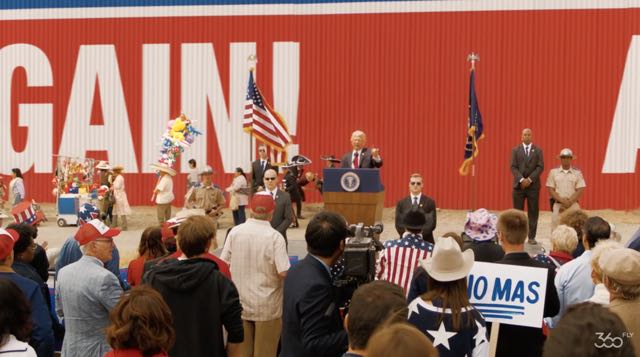 The 360Fly 4K camera is available now from JB Hi-Fi and other specialist retailers for $849.95.