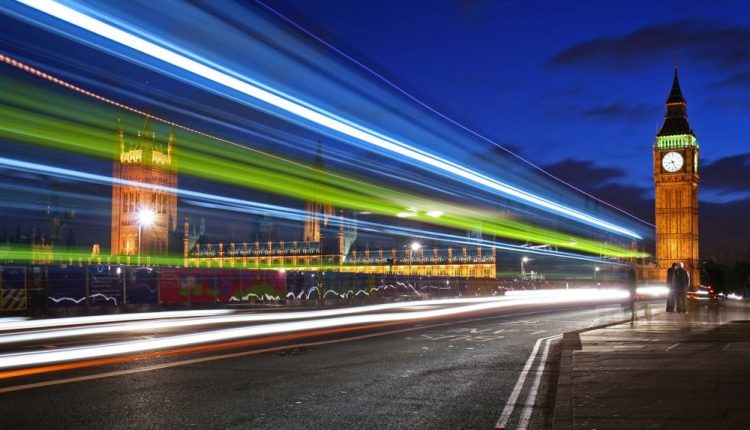 I’ve been shooting timelapse commercially for more than four years and you know something weird? I constantly live in a world where the scale of time is different to everyone else.

As a stills photographer, you might look at something and think “I wonder what that would look like in the late afternoon light?” and be happy to capture a single moment of perfection. That’s not how life is when you shoot timelapse.

Your whole photography practise becomes a case of not “what does it look like now or perhaps later today?” but “how is that thing going to change over the coming hours/days/weeks/months/years?”

Now, if you think you can handle stepping into the twilight zone of timelapse photography, here are 10 tips for better results

Timelapse photography is about change, which manifests in two ways: the way the light falling on the subject changes and, of considerably more interest, how the subject itself changes over time?

So, on the one hand, watching a shadow fall over a building as the sun passes through its morning arc is cool and all.

But capturing the building under construction is way more interesting. Those are the two extremes. Either is valid. One of them will be more satisfying to you.

Timelapse photography, like its sibling stop-motion photography, is a form of animation, with 25 still images whizzing past your viewers eyes every second providing the illusion of a moving image.

There’s something that helps that illusion along a little, which is motion blur. If you have control over the camera you’re using, which may be tricky with an iPhone or some miniature cameras, you want to choose a shutter speed that will introduce at least a little blur to your subject.

Have a look at the timelapse you see on television. Some is beautiful, such as the opening sequence of “House of Cards” (the US version with Kevin Spacey) but there are sequences in a certain Australian home renovation show that are just awful; with scenes with lots of people moving in the frame but it’s shot at a high enough shutter speed to induce what I call the “Keystone Cops’ effect. It looks comical.

Learn which shutter speeds get “fluid” results for different subjects.

If you’re shooting timelapse in broad daylight and need to slow the shutter down, you’re going to need a Neutral Density filter to fit your lens. Trust me, you’ll find it invaluable because of another problem. If you shoot at f16 or f22, you’re very likely to emphasise any dust spots on your camera’s sensor. Take my word on this: It’s easy to fix one image with a dust speck, a whole other kind of torture to have to fix 500 of them.

4 GET THE BEST TRIPOD YOU CAN AFFORD

It needs to be solid and maybe even something that can be easily weighed down. Ball heads are OK but tilt/pan heads are way better.

Keep your camera as absolutely motionless as you possibly can during the capture.

There are tripods and grips and all sorts of products on the market that will fulfil this task no matter what you’re shooting with. Go get one. Timelapse caught on a handheld or slightly unstable camera is a massive fail. Unless…

If you deliberately want the camera to move during shooting, that’s a horse of a different colour.

Again, there are a stack of products that will provide controllable, programmable shoot-move-shoot captures.

Which you buy is down to budget considerations. Keep an eye on Kickstarter. I saw just yesterday on my Facebook feed a product that will hold an iPhone in a landscape orientation while it slowly rotates during the capture. It cost about $150.

At the other end of the scale, I recently tried a three-axis track system from New Zealand maker Syrp that was in the $2500 range. Spend little, spend big. It’s up to you, but camera motion brings a new dimension to your captures.

I use post-production software that carries a commercial license nearing $500. It’s pricey but when it comes to deflickering and exposure smoothing, it’s the bee’s knees.

There are also mobile and desktop apps that cost a fraction of that and, while they don’t offer much scope for fine control over your image sequence, they will bring a touch of finesse to your output.

Even low-end DSLR cameras have sufficient pixel dimensions to create 4K timelapse video. So if you’re going to scrimp on anything to make timelapse your new hobby, make it the camera body.

The only timelapse captures for which auto settings is a consideration is long-term construction, for which you can’t babysit the camera settings for the life of the project.

Seriously, shoot manually, if your camera allows it. Auto settings can get things spectacularly wrong, especially when you’re shooting into the light, as the case may be during a sunset capture.

9 KEEP AN EYE ON THE WEATHER

Weather patterns can change and understand which ones lead to the most spectacular shooting conditions.

There’s a particular rolling pattern of clouds over Gulf St Vincent in South Australia (15 minute’s drive from my home) that will almost guarantee a rich sunset, so when I see it, I’m in the car and down to my favourite beach spot in a flash.

And here’s the thing. Above all, remember that timelapse photography takes time.

You can’t rush it, so it’s the perfect pursuit to partner with that other thing you keep telling yourself to do. You know the one? About roses? And stopping to smell them? Yeah, that. Shooting timelapse is a great stress killer.

10 TRY TIMELAPSE WITH YOUR PHONE OR A GOPRO

Of course, I’ve framed these tips based around shooting with what I call “real” cameras, by which I mean a kit of DSLR bodies and lenses that allow full control over every aspect of the capture.

But devices that we all carry around, smartphones, are now capable of capturing timelapse and along with devices such as the GoPro and other miniature cameras – drones, too, for that matter – there’s a wealth of creative possibilities you can carry in your pocket.

I think the beauty of these devices is that they break a lot of the rules that apply to the sort of high-end production values around which my tips are based.

Have a look at a free app for iOS called Hyperlapse. It’s a “faux” timelapse app but that’s no basis for objection. I recently challenged myself to capture a glass-blowing session at the University of South Australia’s glass hot shop using only an iPhone and the Hyperlapse app. The result was pretty fun to watch.

Chris Oaten is a professional photographer from Insight Visuals. He is Tech Guide’s go-to camera reviewer. He is also recognised as a master timelapse photographer – one of the best in Australia. You can also check out some of his work on his Instagram account.