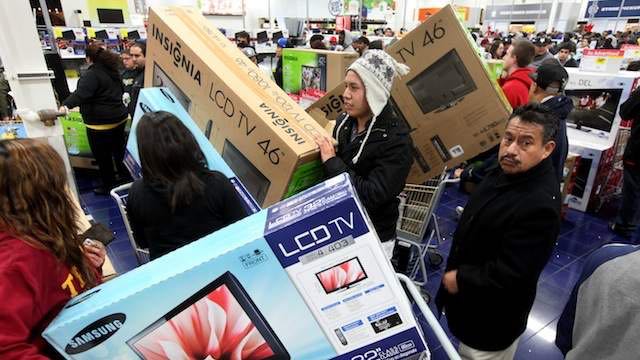 The top 10 tech purchases in the Black Friday sales

Tech was again one of the most popular categories for the recent Black Friday sales that took place across the US the day after Thanksgiving and shoppers have clearly identified the top 10 gadgets with their purchased.

According to the Consumer Technology Association nearly 57 million American adults – 45 per cent of all shoppers – bought or plan to buy tech products during the Thanksgiving shopping week.

This kicked off on Black Friday and went all weekend and culminated in Cyber Monday.

These shoppers’ preference for shopping online was motivated by avoiding crowds (85 per cent), saving time (79 per cent) and finding better deals (57 per cent).

The CTA predicts consumers will spend more than $40 billion over the 2015 Thanksgiving week with an average spend of $319 – which is a 14 per cent decrease from last year.

The top tech purchases for the Black Friday week is expected to be: