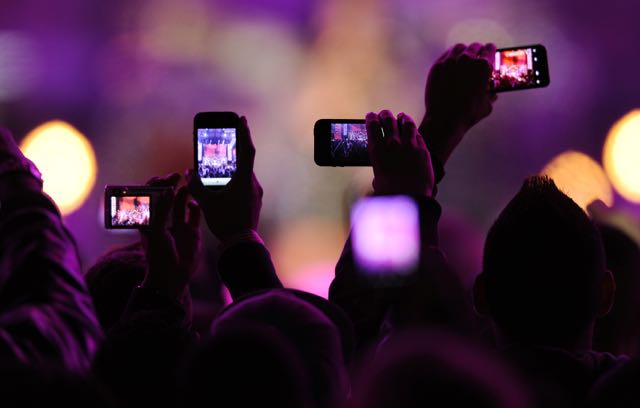 Ever gone to a concert – where you paid decent money for your ticket – and your view is blocked by the palooka in front who’s holding up his phone for the whole show taking photos and videos?

Well, that practice just might be a thing of the past thanks to an Apple patent that could disable your smartphone’s camera at concerts, events and other public places.

The technology involves infrared beams that would remotely deactivate the camera on your mobile device so no pictures or videos can be taken.

Apple applied for the patent in 2011 and it was only recently granted. There is no word whether the company will even use the technology – but now we know it exists.

It’s not uncommon to have a sea of smartphone screens between yourself and the stage with all of these people watching the concert through their device’s screen instead of just enjoying the show with their own eyes.

Recently it was reported that Adele interrupted one of her concerts and told one of her fans filming the show on their phone to put it down and watch it normally.

This technology would be applauded by concert promotors because, if you read the back of your ticket, you’re actually breaching copyright by photographing or filming any or all of the show.

It could also be used in movie theatres and prevent anyone filming the movie and sharing the pirate copy on the internet.

What do you think of this technology? Do you support it – or do we have the right to take videos and photos wherever we like?