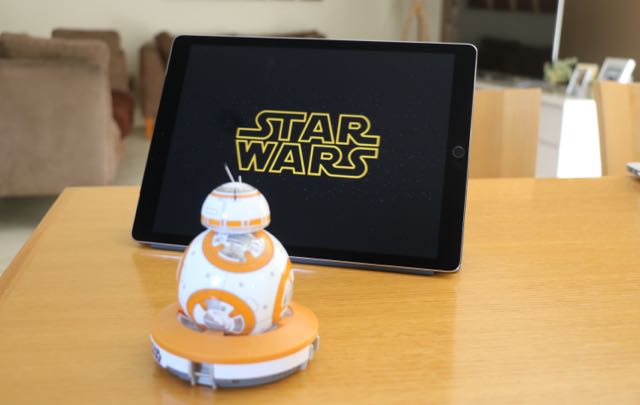 The droid awakens! Sphero’s BB8 can watch Star Wars and react to the action

There’s yet another reason to love Sphero’s already lovable BB8 droid toy after the companion app was updated so BB8 can watch The Force Awakens with you and react to the film in real time.

Sphero BB8 owners simply launch the “Watch With Me” mode on the app and sit BB8 in front of their TV or tablet while watching the film.

Star Wars: The Force Awakens was released on Digital HD in Australia on April 1 with the Blu-ray and DVD release coming up on April 13.

BB8 will react to what’s happening on the screen and then display pictures of characters on your smartphone display as he recognises them. 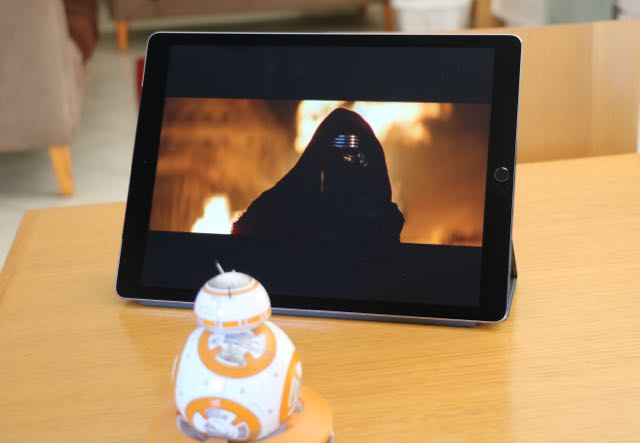 He will express fear, happiness and sadness based on what’s happening on the screen.

And he will also replicate his on-screen beeping when he sees himself.

BB8 will also react to different characters and will show fear when villain Kylo Ren is on the screen and happiness when we see characters like Chewbacca and Han Solo.

It’s recommended that users sit BB8 in its charging cradle so it will stay in pace while you’re watching the movie.

This is great example of the way tech toys can integrate with the material they are based on. 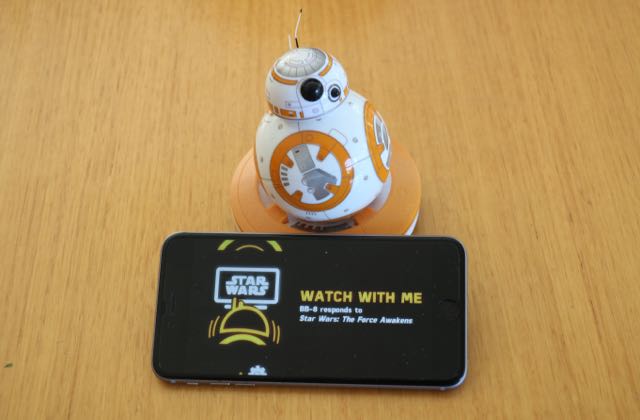 It’s like the device has been reinvented and given yet another ability.

If don’t already own Sphero’s BB8, you can head out and buy it for $249.95 and be guaranteed a viewing buddy every time you want to watch Star Wars: The Force Awakens.