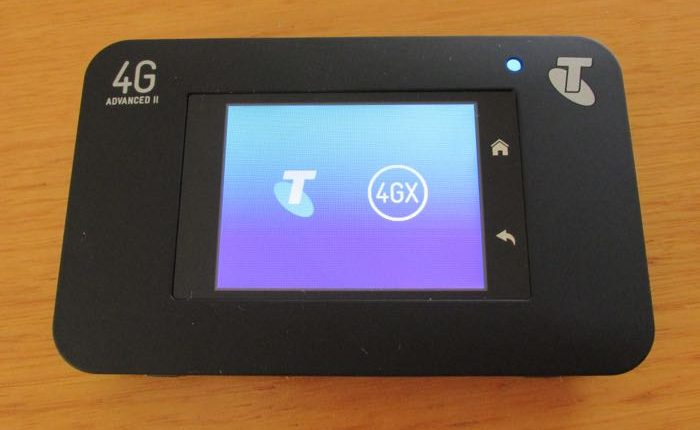 Telstra to release the first ever 1Gbps mobile hotspot

Telstra will launch the first hotspot capable of speeds of up to 1Gbps as the company continues to rollout improvements of its mobile network and move towards 5G with the help of network partner Ericsson.

In fact, Telstra is planning on using the 2018 Commonwealth Games on the Gold Coast to deploy and trial a 5G service.

The gateway device was announced on the eve of Mobile World Congress by Telstra’s group managing director, networks, Mike Wright and is being developed by Telstra in partnership with Netgear.

The hotspot will have an all-new circular design and has been described as being the same shape as a hockey puck.

This new product will be as portable as the previous models of Telstra’s hotspots and will now be capable of connecting up to 20 devices at the same time including smartphones, tablets and laptops on the move.

“Our customers are among some of the most sophisticated and advanced mobile users in the world and it is essential that we continue to be at the forefront of innovation to provide consistent, reliable and fast mobile voice and data services for our customers.” said Mr Wright.

“Having recently extended our strategic partnership with Ericsson, we are confident that we will continue to deliver valuable, next generation products and services to our customers in Australia for many years to come.”

Telstra’s faster network capabilities will be rolled out in mid-2016 in Sydney, Melbourne and Brisbane CBDs in the busiest parts of the city and gradually expanded to the outer and country areas.

Technology that will help increase the networks speeds will include carrier aggregation and 4×4 MIMO beamforming capabilities.

Telstra and Ericsson has been working together for decades and previous collaborations included the ground-breaking Next G network back in 2006.

“Australia is distinct in many ways with an environment and population, ranging from densely populated cities to its remote, sparsely populated outback,” Telstra’s Mike Wright said.

“The environment creates radio coverage challenges that stand out as vastly different to anywhere else in the world. For this reason, we have a history of developing world leading, tailored coverage solutions and our work with Ericsson will ensure that Australia’s requirements are built into the radio design parameters of 5G from the ground up.”

The current demands of mobile customers are seeing a huge increase in video sharing and video consumption and Telstra has responded with the deployment of LTE-Broadcast (LTE-B) across more than 2000 of the company’s 4GX networks and bring the total to 3000 sites across the entire Telstra network.

Telstra is also working on Voice over Wi-Fi in the first half of 2016 that will enhance in-home network coverage using your home or business’s wi-fi network.

These dead spots which would usually result in a dropped called will seamlessly switch over to wi-fi with compatible Voice over LTE (VoLTE) devices like the latest smartphones.

Video over LTE is also on the Telstra roadmap in the second half of 2016 to allow customers to make high quality video calls directly from their contacts list.

Customers will even be able to switch between voice and high quality video in the middle of the call as well as set up group video calls.