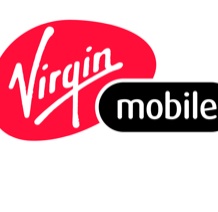 Virgin Mobile has launched its latest campaign and a range of new plans with the aim of giving Australian customers a fair go.

Part of this initiative is to provide simpler mobile plans which are easier to compare with packages from other carriers.

According to a survey of 1000 mobile users, 62 per cent believed their telco would treat them unfairly. Telcos fared worse than a parking officer (57 per cent), their bank (54 per cent) or the tax department (49 per cent).

Virgin Mobile’s A Fair Go For All campaign will run over the next few months and highlight the need to offer customers control, simplicity and flexibility.

93 per cent of those surveyed agreed plans needed to be simpler.

Virgin Mobile have responded to this data and reduced the number of their mobile plans from 19 down to just nine.

These are divided into two sets – the Big Plan and the Fair Go Plan.

One of the biggest gripes among mobile customers was the inability to rollover unused credit from the previous month but Virgin Mobile’s new plans have addressed that concern.

Big Plans start at $29 a month for customers who are bringing their own mobile.

This deal includes $450 worth of monthly calls and texts, 250MB of data, unlimited Virgin to Virgin calls, free voicemail in Australia plus the ability to rollover your unused credit to the next month.

Fair Go Plans also start at $29 per month for those who want the latest phone and this includes $190 worth of included talk and text, 250MB of data, unlimited Virgin to Virgin mobile calls and credit rollover.

Virgin is also expanding its retail footprint with more than 64 stores and kiosks already available and more scheduled to open in the coming months.