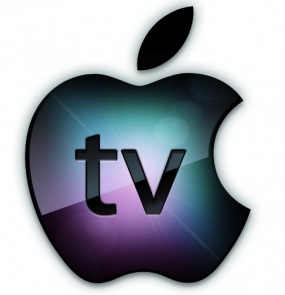 The prospect of Apple producing a smart TV is gaining momentum with rumours of a 42-inch and 50-inch model in the works.

Apple’s design chief Jony Ive, recently awarded a knighthood, has reportedly been working on the “iTV” for release in the second half of 2012.

Before he died, Steve Jobs told his biographer Walter Isaacson he would like to create an “integrated television set that is completely easy to use”.

“It would be seamlessly synched with all of your devices and with iCloud. It will have the simplest user interface you could imagine. I finally cracked it,” Jobs said in his biography released weeks after his death in October.

Steve Wozniak, who co-founded Apple with Steve Jobs, told USA Today the iTV is something Apple is likely to take a run at.

“I do expect Apple to make an attempt,” Wozniak said.

“I expect the living room to remain a centre for family entertainment and that touches all areas of consumer products that Apple is already making.”

Ironically these rumours come less than a week before the annual Consumer Electronics Show where all the major TV manufacturers – Samsung, Sony, Panasonic and LG – will showcase their latest smart TVs.

Apple’s iTV could range in size between 32 and 50-inches, include wi-fi connectivity and allow content to be wirelessly streamed from iPhones, iPads and iPod Touches using Apple’s existing AirPlay technology.

The devices would also be used as a remote control for the iTV with easy access to content from iTunes.

And with the iTV also connected to iCloud all of your own music and movies would also be easily accessible.

Another possibility will be the ability to download apps designed for the larger screen and even enjoy your existing apps on a larger scale.

Smart TV apps are already a part existing smart TVs from Samsung and LG which were the highlight of the 2011 Consumer Electronics Show.

Apple has never participated at CES but it appears that, once again, the company will again be the talk of the show without even being there.

The Two Blokes gaze into their 2012 tech crystal ball