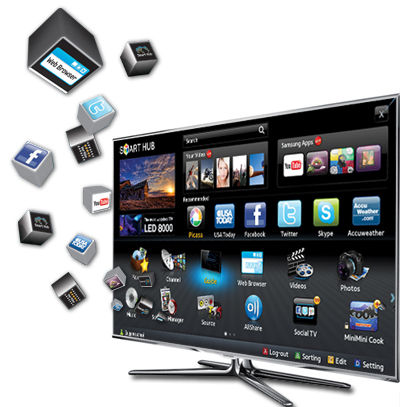 The 2012 Consumer Electronic Show in Las Vegas is only weeks away and Samsung is already hinting at what we might be seeing.

Tech Guide will be attending the annual consumer tech showcase – the Super Bowl of trade shows – to bring you the latest news and announcements.

We’ve already seen 3D TV and smart TV but Samsung’s teaser video takes it a step further with what it calls “the future of Smart TV”.

The video shows television as it has been experienced over the last 60 years and the developments which have followed.

The latest versions show a family watching 3D TV and another shot showing the father holding a tablet computer while sitting on the couch with his wife and kids watching TV.

Samsung has always been one of the largest players at CES with the largest booth at the Las Vegas Convention Centre for the last few years.

All of the major consumer tech companies like Sony, LG and Panasonic will also on hand to unveil their latest products.

In 2010 at CES the main focus was on 3D TVs and the promise of a stream of content.

At the last CES in January this year the emphasis was on Smart TV – TVs which could connect to the internet and access the web, apps, content and social networking sites.

CES 2012 is shaping up to be more about the connectivity within the home with the Smart TV at the centre of your network rather than just being an add-on.

But all will be revealed when CES 2012 kicks on January 10 in Las Vegas and Tech Guide will be right there to provide readers with the latest announcements.

The Last of Us first look – from the makers of Uncharted