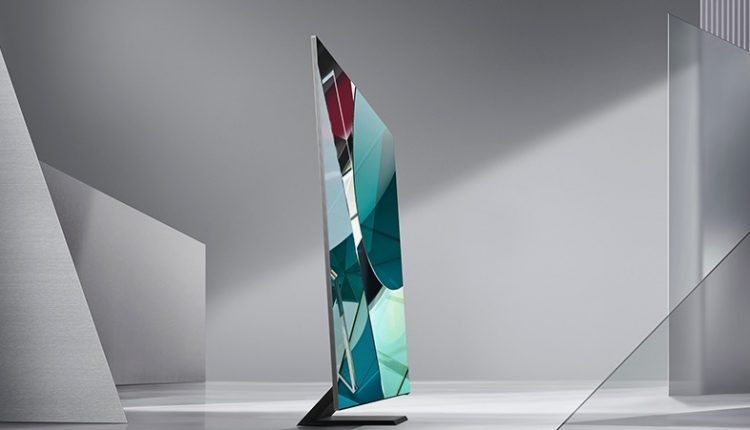 Samsung has unveiled its stunning new line-up of smart TVs which incorporate improvements in design, artificial intelligence, visual and audio enhancements and even better and safer connectivity.

Unveiled on the eve of the Consumer Electronics Show, the Samsung 2020 QLED range includes both 4K and 8K TVs in clear good, better and best categories to make it easier for customers to distinguish between the many new models.

Samsung has managed to perfect its impressive QLED technology even further with numerous new features under the hood that can optimise both the visual and audio experience to your surroundings.

And the focus will be on even larger screens 75-inch and larger and creating even more mass market value.

Naturally 8K is once again front and centre with an even larger range of models.

2020 is the year we’re expecting 8K games from the upcoming PlayStation 5 and Xbox Series X as well as YouTube 8K.

But even without this expected 8K content, the new Samsung TVs have remarkable upscaling abilities which can enhance your existing content to 8K levels.

It does this using through a combination of deeper machine learning and an ever expanding database that can add detail and texture and reduce noise pixel by pixel in real-time.

It even incorporates a neural network to restore the finer details that were not visible before.

It features the new Infinity Screen which offers a truly refined and bezel free look that incorporates the speakers into the narrow side panels on each edge.

The TV has no bezel and only a thin black line around the screen to give it a truly boundless look.

The 4K TVs have also done away with the bezels and have a slightly thicker black line around the screen than the 8K TVs.

Samsung’s new TVs can take the viewing environment into account and adjust both the brightness and sound based on the room.

For example if the room is bright but scene tis to dark the TV will intelligently brighten the screen.

And if it’s dark and the screen is too bright the screen will be darkened. And this all happens on its own through the TV’s numerous sensors.

There’s also Audio Spatial Intelligence built in so the TV can recognize noise from the room and actually increase the volume of the voices coming from the screen.

The other remarkable new feature on the Samsung 2020 TVs is Object Tracking Sound which analyses the sound input and then pans the sound on a horizontal plane to one of the six speakers located on the edges of the screen.

The viewer can then enjoy directional sound coming from the TV.

Samsung’s new TVs also offer a multimedia viewing experience with the ability to search for related information and even check social media while watching TV. 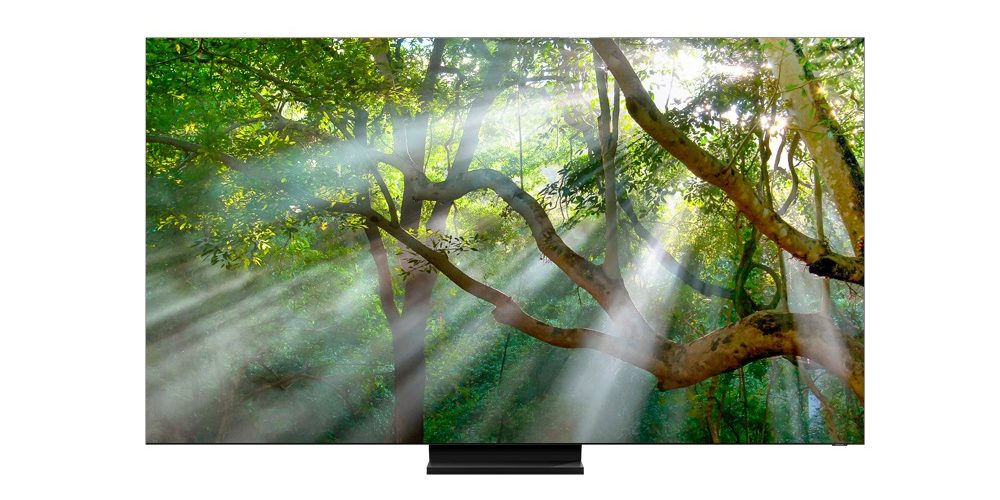 It’s also common for people to have their phones in their hand while watching TV so now Samsung has made it possible to mirror your phone on the new TV and split the screen so you can watch your program and see your phone screen at the same time.

It’s also possible to turn the TV into a giant photo frame by sending images via Bluetooth from your smartphone.

And users can also cast music to the screen and create a light show on the screen that reacts in time with the song.

The TV will recognize and learn from what you watch so it can suggest other content.

Samsung has also adopted a multi-voice strategy with the inclusion of the company’s very own Bixby assistant and Amazon’s Alexa.
Samsung has also upped the security of its connected TVs with Knox for Tizen (the TV’s operating system).

It now offers three layers of security looking at application, the platform and the hardware.

It will also include anti-malware and anti-phishing software and offers a secure connection to paired keyboards.

Samsung has also recognized the popularity of gaming and the fact that many customers use their TV to play the latest titles.

A new feature for gamers is Dynamic Black Equaliser which offers even clearer visibility in dark scenes so you can easily spot your opponents in the shadows.

There’s also AMD FreeSync onboard with VRR (variable refresh rate) to eliminate stuttering and tearing during the game to keep you completely immersed in the action.

Game Motion Plus will also do the heavy lifting when it comes to keeping the high graphics quality and maintaining smooth motion.

Multiview will also be available while playing games so you can split the screen between the game and live TV or the internet.

It will now be possible to have the game on one side and a YouTube walkthrough video of that level on the other side to make it easier to follow.

The new Samsung 4K and 8K TVs can also adjust the audio mode when it detects you’re playing a game and provide a surround sound experience.

Samsung has also released a series of new soundbars that will pair perfectly with its new TV range.

The soundbars are available as standalone options or with an additional subwoofer.

The new soundbars have a new side horn which can spread surround sound and provide an acoustic beam to create true room-filling sound.

Some models will also come with a Kvadrat textile finish in black or grey so they can blend seamlessly into your home’s décor.