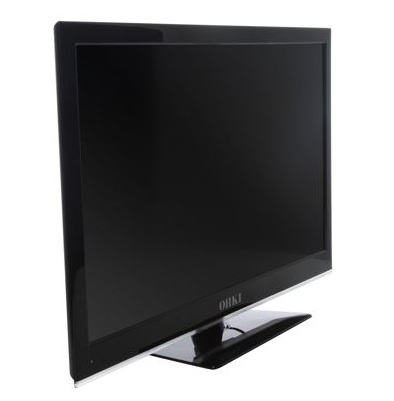 In what is sure to put pressure on retailers and other manufacturers, Australian online retailer OHKI today marked down its 42-inch full high definition LED TV to just $799.

And for those who doubt the quality of the TV, OHKI points out the actual panel of the product is the same one found in LG flatscreens.

OHKI was founded in 2010 and offers the same online retail experience established by other players like Kogan and Tyagi where direct sales from the factory result in huge savings.

“The market is experiencing an exciting time with consumers now keeping a close eye on how each player seeks to deliver the best products and prices,” says OHKI Co-founder and Director, Lucas McEntee.

“OHKI is about bringing top quality products to Australians at the best prices without hype. By offering this price we hope to push the market to deliver greater value TVs to Australians than ever before.”

Over at Kogan the company is offering a 42-inch Full HD LED TV with a built in PVR (personal video recorder) to record, pause and rewind live TV for $999.

Kogan also has a standalone full HD LCD TV for $699.

“The entire online retail sector in Australia experienced explosive growth in 2010. Australia has finally begun to catch up with countries like the US and UK as shoppers look for convenience, service and value when clicking to online stores,” Kogan said.

The Kogan website attracted 2.5 million visitors in 2010 with the hour between 1pm and 2pm being the busiest period. This shows Australians are shopping online from work on or just after their lunch breaks.

In the second half of 2010 traffic from mobile devices increased an amazing 363 per cent so more Australians are shopping online while they’re on the go.

And Kogan’s shopper don’t dilly-dally either – 81 per cent of visitors buy the same they initially visit the site.

Review: The Girl Who Played With Fire