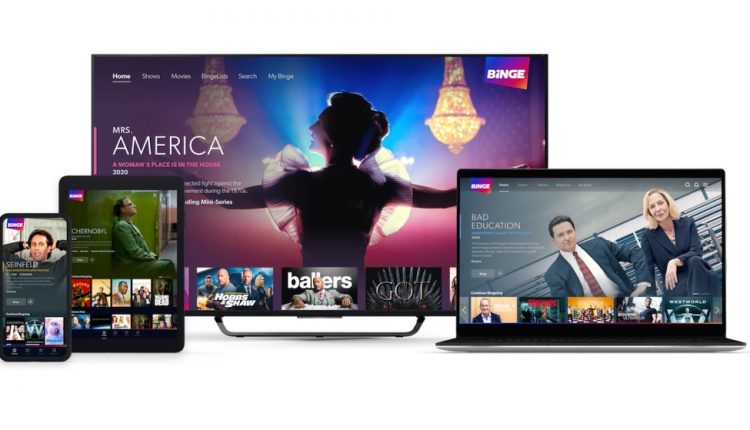 Australia’s latest streaming service has been appropriately called Binge – and will officially kick off on Monday May 25 with an impressive line-up of content and starting at $10 a month.

And Binge is exactly what Foxtel, the company behind Binge and sport streaming service Kayo, hopes customers will do as it goes up against established services like Netflix and Stan, Disney+ and Apple TV+.

But it’s all about the content and Binge has a mammoth catalogue which offers more than 10,000 hours of ad-free viewing. 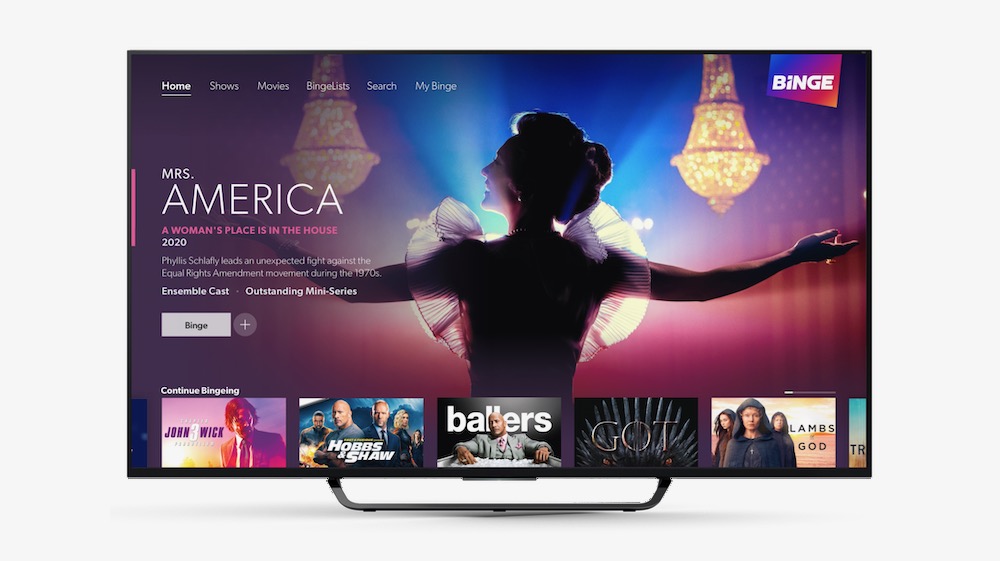 Binge has derived its content from some of the world’s most popular creators including WarnerMedia, NBCU, FX, BBC and Sony along with a long list of HBO hits including Game of Thrones, Big Little Lies, Westworld and Entourage.

Customers can sign up to a free two-week trial from May 25 at binge.com.au. The service will be offered in full high definition.

“Binge speaks to the heart of what great entertainment viewing is about, something that is so good you can’t switch off,” Julian Ogrin, CEO of Binge said.

“Binge will provide permission to indulge in the shows you love and the shows you can’t get enough of; it’s entertainment that’s unturnoffable.

“This is a next generation streaming service that we want to go beyond providing the best content by creating an emotional connection with viewers based on unapologetic entertainment pleasure, a place you can escape to for that precious ‘me time’.

“We couldn’t be more excited to pull the curtain back and show Australia this incredible product.

“The time is right to unleash this new service providing Australians with the best in drama, lifestyle, reality and movies.

“With an amazing line-up of entertainment from the world’s best brands, Binge will have something for everyone, whenever you want to watch, on your favourite device.  And with new content added daily, there will always be something fresh to enjoy.”

Here is a sample of the content viewers will find on Binge:
– Many of the best and most talked about shows in the world right now including Succession, Westworld, Big Little Lies, Breeders, The Plot Against America, The Outsider and Mrs. America.

– All-time top-rated TV shows, including 6 of the top 10 (according to IMDb): Chernobyl, The Wire, Band of Brothers, Planet Earth I and II and Blue Planet II.

– All-time favourite dramas and comedies like Game of Thrones, The Sopranos, The Office, Seinfeld, Modern Family and The Walking Dead.

– Acclaimed documentaries including David Attenborough’s Frozen Planet, reality including Real Housewives and Keeping Up with the Kardashians and lifestyle favourites such as Grand Designs UK and Making It with Amy Poehler.

– New to Australia releases including Hugh Jackman starring in his latest hit Bad Education and in June, BBC’s White House Farm, a six-part factual drama based on real life events.

HOW MUCH WILL IT COST?

Binge will be priced at $10 a month for a single SD stream, $14 per month for two simultaneous HD streams and $18 for four HD streams.

There are no lock-in contracts and viewers can change their plan at any time. 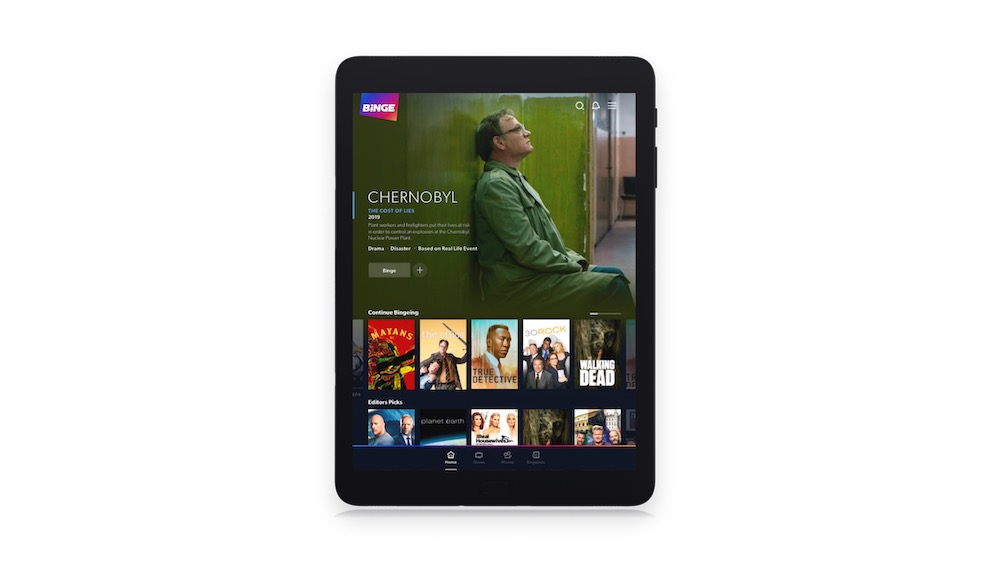 HOW CAN I WATCH BINGE?

Binge will be offered at launch on web browsers, Android TVs, on Apple TV, Telstra TV and via Chromecast from tablets and smartphones running the app.

Samsung will be the first smart TVs to offer Binge as a native app, closely followed by LG and Hisense as well as PlayStation and Xbox consoles. 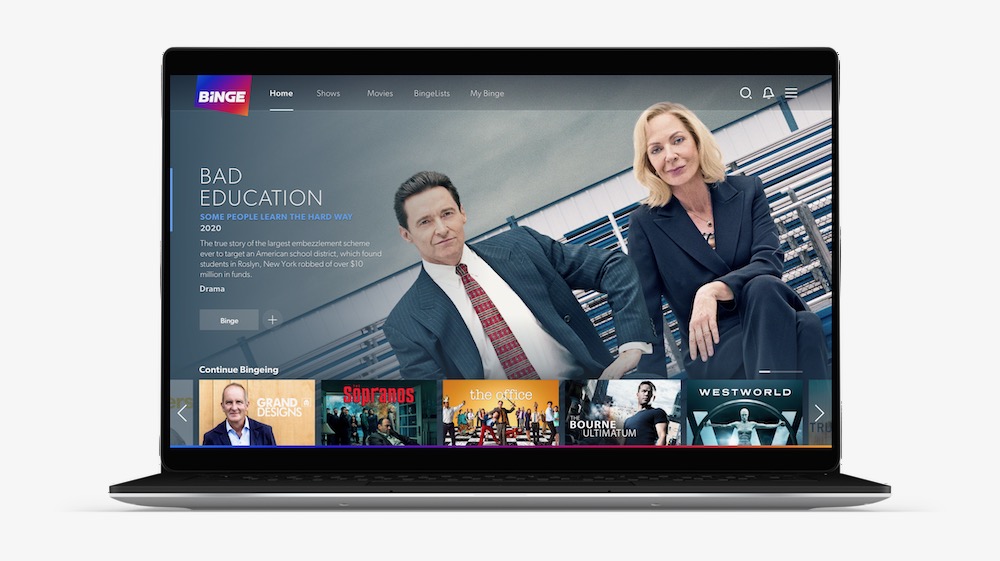 WHAT QUALITY WILL BINGE OFFER?

The Binge streaming service will offered at a maximum resolution of 1920 x 1080 – full high definition.

Entry level users paying the minimum $10 a month will only be able to watch standard definition – 720 x 576.

4K will not be offered at launch or anytime in the near future according to a Binge spokesperson.

On the audio side, Binge will include Dolby Digital sound and ad-free viewing. 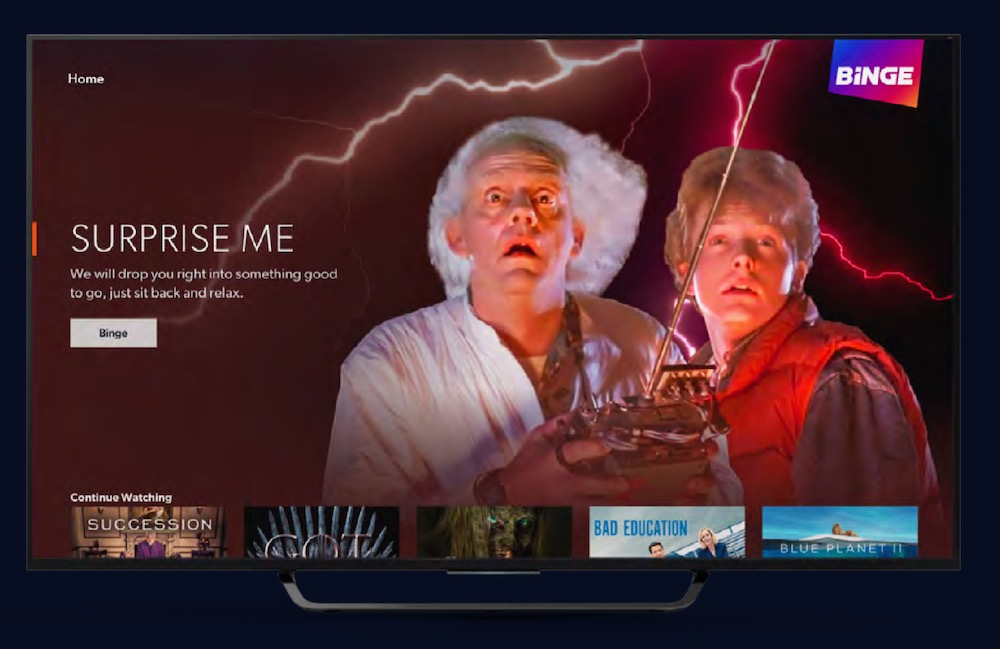 WHAT ARE SOME OF THE FEATURES?

Binge has been designed for you to find something to watch right away with a number of features designed to make users search less and watch more.

Surprise Me: a random offering compared to just turning on free to air TV to see what’s on. It will initially only be available on the web and Telstra TV and coming soon to other platforms.

Bingelists: Users can save programs on a list to watch later.

Binge Centres: Go behind the scenes of the movies and TV shows you love with featurettes, interviews and making-of shows.

Crypto Wallets: Facts That You Need to Know