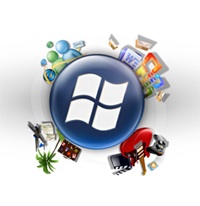 Microsoft has released a major update to its mobile software to smartphones around the world.

Windows Phone 7.5 – also known as Mango – features a number of enhancements for communications, apps and browsing the mobile web.

This is the first major release for the Windows Phone software which was released a year ago on several handsets.

The update will roll out to customers worldwide within four weeks. Users can check this website to see when the update will be available to their smartphone.

When the update is available a message will be sent to your device.

Here are some of the improvements:

Threads: You can switch between Facebook chat, Windows Live Messenger and texting within the same conversation.

Groups: Users can group their friends into separate groups like family, friends, work to make it easier keep track of updates or quickly contact them via text, email or instant message (IM).

Deeper Social Network Integration: There’s already Facebook and Windows Live, Twitter and LinkedIn integration as tiles on the home screen. Now with Windows Phone 7.5 will have built-in Facebook check-ins and face detection software to make it easier to tag your photos.

Linked Inbox: Now users can see multiple email accounts in one linked inbox with mail arranged by conversations to make it easier to manage your email.

App Connect: Now apps have been integrated into the Windows Phone hub and appear when you need them. There are now more than 30,000 apps available to Windows Phone users.

Improved Live Tiles: Now users can see real-time updates and information from their apps without having to open them when the tiles are pinned to the home screen.

Multi-tasking: The update makes it easier to switch between apps and keep them running in the background.

Bing: Windows Phone users can access Bing with a single click no matter on the phone you happen to be. There’s also Bing Vision which can fast results based on product images, barcodes, QR tags and MS Tags.

Local Scout: Now users can make location searches to find the nearest restaurants, shopping centres and other points of interest.

Microsoft puts head in the cloud with Office 365