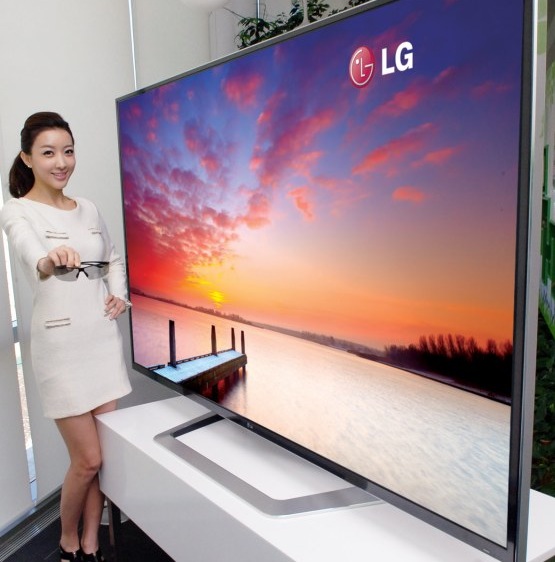 LG has announced it will showcase this new technology with an 84-inch TV at the upcoming Consumer Electronics Show in Las Vegas.

The display has a resolution four times that of full HD – 3840 x 2160 – and will also enable 3D viewing with lightweight passive glasses like those used in cinemas.

These new Ultra Definition (UD) displays – also know as 4K because the number of pixels across is nearly 4,000 – have four times the resolution of a full high definition TV.

The LG announcement comes just days after the company revealed a new 55-inch OLED display – the world’s largest screen of this time – would be on show at CES which klcks off on January 10, 2012.

There was some controversy when the company introduced its full HD 1920 x 1080 panels and claimed the 3D viewed with the passive glasses was full high definition.

The technology used with these TVs and the passive glasses meant viewers were getting 540 lines per eye in 3D for a combined total of 1080 lines rather than 1080 lines for each eye.

But now with the Ultra Definition panels and the higher 3840 resolution viewers will then be able to see half of this with passive glasses – 1080 lines per eye – for a true 3D in full high definition.

The new LG TV will also incorporate the Magic Motion remote for easy navigation of the TV’s features along with other types of command input including voice recognition.

How many Facebook friends will you see these holidays