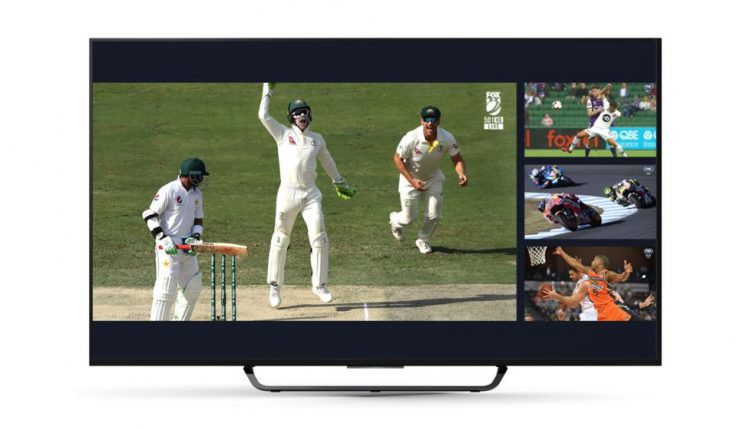 Sport streaming service Kayo has successfully completed its first full year of operation and released some impressive customer insights and stats which highlight the platform’s popularity.

Viewers streamed more than 65 million hours of content across more than 50 sports including some of the year’s biggest sporting events including the Cricket World Cup and the Rugby World Cup.

In 12 months, Kayo has streamed 16,200 live events across 57 sports with customers on average watching seven sports and streaming nearly 6 hours each week and more than half (58 per cent) watching on their big-screen TVs.

Kayo CEO Julian Ogrin is delighted with the response service has been given from viewers.

“Everything we did from the from day one where we were focused on making sure that the customer experience was amazing,” he told Tech Guide.

“From signing up to how you watched the game through to how you manage your service – all those things that we’ve been optimising day and day out.”

The Kayo streaming service was recognised globally with the “Best User Experience” in Madrid recently at the OTT Awards.

“When we did the beta launch 12 months ago, we did 110 iterations of the product in the first week, and I think that really shows you that we are listening to customers and we are improving the product,” Ogrin says.

On the technical side, Kayo has also delivered with sub 10 second latency (time to transfer data from the live action to a user’s device) which was on average just 3.46 seconds.

The most avid viewer was from NSW who streamed 483,360 minutes of content. That’s the equivalent of 335 days of straight sports viewing.

Coming in second was a viewer from Victoria who streamed 331,620 minutes.

The year one performance highlights include a number of interesting stats including:

– 99 per cent of customers enjoy watching live and HD quality streaming on Kayo issue free, whether watching on the go with their mobile or the big screen TV.

– 92 per cent of customers can completely self-serve. Of the number that require further help, approximately 40 per cent are being managed through Kayo’s innovative AI automated support channel driving peaks of 95 per cent self-service.

– A sub 10 second latency (time to transfer data from the live action to a user’s device) on web and a 3.46 second average join-time to viewing demonstrates Kayo’s world leading streaming quality.

– More than 435 product releases since launch.

– The biggest Kayo user was from New South Wales and streamed 483,360 minutes of content, followed by a fan in Victoria with 331,620 minutes streamed.

– ESPN’s 30 for 30, Rodman: For Better or Worse was the most popular documentary.

Get the lowdown with Two Blokes Talking Tech Episode 415