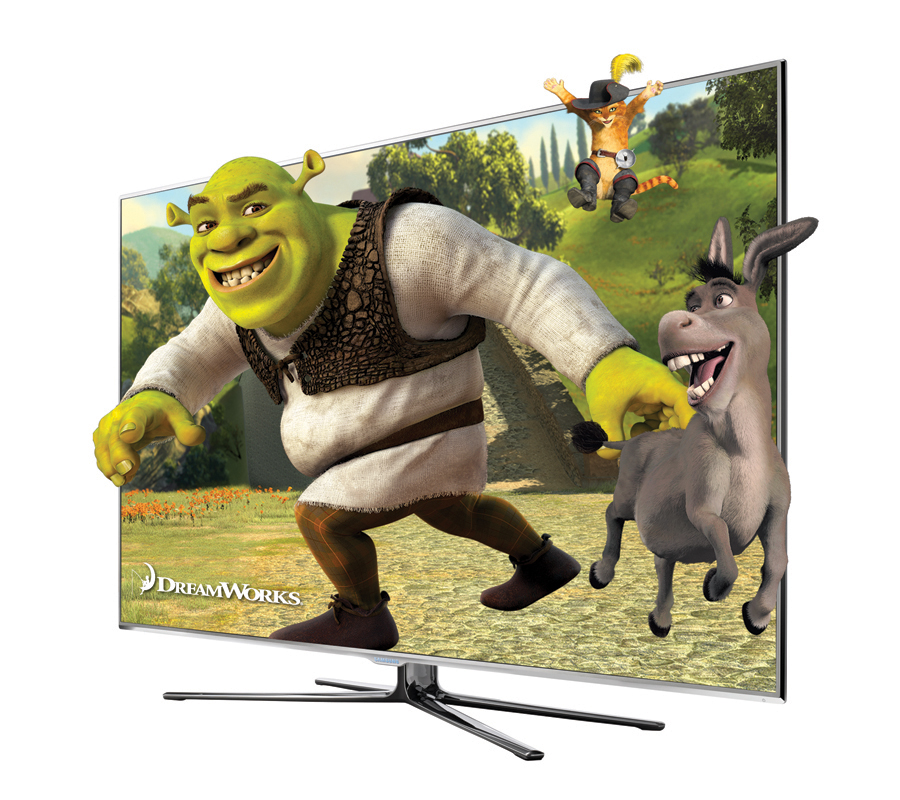 Years ago we referred to them as the “Idiot Box” but televisions this year will become smarter than ever before.

Smart TV was very much the theme of the recent Consumer Electronics Show (CES) in Las Vegas.

Other popular areas this year were 3D TVs, tablet computers and even smart appliances.

The annual event, the largest gathering of consumer tech companies, showcased panels from major manufacturers which will become the latest connected devices in our homes.

Samsung and LG were the two main evangelists of Smart TV with each company outlining their 2011 plans which include accessing content from the internet via the connected panel as well as apps for the larger TV screen as well.

People are already familiar with apps on smartphones like Apple’s iPhone, Android devices and BlackBerrys but now these mini applications have moved to the biggest screen in the house.

It will be possible to find apps through the on-screen interface in a number of categories including games, productivity and even social networking. Now you can check Facebook and up-date your status and send out a new tweet on Twitter right there from your TV while sitting comfortably on your lounge.

There are already TVs on the market with these abilities but it represented only a small portion of the market. More than 60 per cent of the new Samsung and LG’s 2011 range will fall into the Smart TV category.

And being connected to a home network it will also make it easier to access all the digital content in the house whether it is stored on network hard drives even other computers and laptops on the same local network.

This year’s CES still had a strong emphasis on 3D TV.  The technology was introduced in a blaze of glory by all manufacturers at the 2010 show.

And while this year it was still featured there were already booths showing glasses-free 3D viewing on TVs and personal devices like smartphones, gaming devices and tablets.

LG introduced a range of TVs which used passive glasses – similar to the ones we use in the cinema – so they are a lot cheaper – around $20 each – for the family or for your mates to watch the footy at your place.

Even the more expensive active glasses – each lens is actually a shutter that opens and closes 60 times a second for each eye to create the 3D illusion – have been made lighter and sleeker.

Gone are the dorky thick and heavy glasses we saw with first generation panels. They have been replaced by lightweight frames that can now easily be worn over prescription glasses.

Samsung’s new 3D glasses (left) are now connected via Bluetooth instead of the bulkier infrared receiver with the major components of the glasses now housed on the end of the left and right arms.

There were several glasses-free TVs at the show with varying degrees of 3D quality.

There were a number of screens, including prototype 46 inch and 56 inch panels f rom Sony, which offered impressive 3D quality without glasses but don’t expect these in stores any time soon.

Smaller screen worked better as glassless 3D devices because they are designed for personal viewing where the user is always positioned dead centre in front of the product.

There were also numerous 3D projectors at the show with the most impressive models coming from Samsung, JVC and Sharp. They required viewers to wear 3D active glasses but they provided amazing full HD pictures on large screens. Ideal for home theatre owners who want to move into the third dimension.

Last year it was eReaders but this year the hot new product category was the tablet. It’s already a year since Apple unveiled the iPad and caused a stampede from other manufacturers.

Samsung entered the market last year with the Galaxy Tab but CES was the introduction of several others from major brands like Sharp, Motorola, BlackBerry, Dell, Toshiba and Lenovo.

Samsung’s Galaxy Tab, which was launched with wi-fi and built in 3G connectivity, will soon be offered in a cheaper wi-fi-only model.

Samsung Sliding PC 7 Series was one of the most popular products at CES. At first glance the device is a 10.1-inch touchscreen tablet but with a flick of the wrist a keyboard slides into view and can be positioned below the screen to turn the device into a laptop.

Sharp unveiled its range of Galapagos tablets which has a 16:9 widescreen aspect ratio – the same shape as a cinema screen – and will be offered in three sizes between four and 10 inches and using the XMDF format so content can easily adjust depending if the device is held vertically or horizontally.

Motorola created a lot of buzz with its new Xoom tablet which features a 10.1-inch screen and the Android 3.0 operating system. It has dual 1Ghz processors, 1GB RAM, 32GB internal memory and support for Flash and HTML5. Expect the device to launch around March/April.

Dell’s existing 5-inch streak will be joined this year by a 7-inch version and run Android’s 3.0 operating system which has been codenamed “Honeycomb”.

Dell also unveiled the Inspiron Duo which looks like a 10-inch notebook but a good poke to the side of the screen brings a smart hinge into play and, like a wall in an Indiana Jones movie, it flips around 180 degrees. Now the user can simply close the device and they’ve got a touchscreen tablet.

Lenovo’s offering was just as smart with the IdeaPad U1 which has a screen that detaches from the laptop-like base so it can be used as a tablet.

One of the standouts of CES was the BlackBerry PlayBook (left) which packed curious attendees into the company’s booth. We had a chance to use the PlayBook for a while and were impressed by the device’s speed (thanks to its dual 1Ghz processors) and its responsive 7-inch screen.

Existing BlackBerry users can also “bridge” their device to the PlayBook to view their mail on a larger screen and surf the web. There will also be a 3G version which will be able to access the internet outside of wi-fi zones.

Whitegoods aren’t usually the stars of CES but in 2011 it was a different story.

Samsung’s RFG299 two door fridge can connect to your home’s wireless network and has an 8-inch screen built-into the door. The screen can be used to write notes to other household members, surf the web, access Twitter and even download recipes and listen to internet radio.

Over at LG there was a new connected oven, fridge and a robot vacuum cleaner which can be monitored and controlled using a smartphone or tablet.

The fridge can sent you a text when you’re out of essential items and even put together a shopping list. LG’s oven can download new recipes and also send an SMS when the roast is done.

And the LG robot vacuum can go about its business by itself with owners able to check the device’s position in their home on their mobile and even check out the view from the product’s onboard video camera.

* Stephen Fenech travelled to Las Vegas as a guest of Samsung.

Crossing street with earphones may be illegal

Can the PSP2 match the iPod Touch