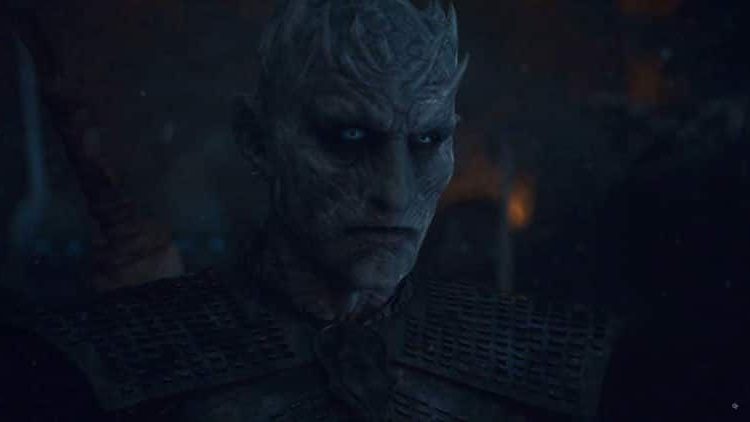 Foxtel flooded with complaints after “unwatchable” Game of Thrones episode

Foxtel customers are threatening to cancel their subscriptions after complaints the latest episode of Game of Thrones was streamed in poor quality and was unwatchable.

These criticisms come after the latest movie length episode of the popular series which  showed a drawn out battle sequence which was hard to watch because every scene was shot in the dark.

The Foxtel Community page was flooded with complaints with many people threatening to cancel their subscription.

“I gave up watching GOT after about 20 minutes – it’s unwatchable,” said TheBigPlugger who was watching on an LG 4K OLED TV.

“Absolutely horrible broadcast quality. The artefacts and blurring were so distracting, especially in the dark fight scenes. This is an issue Foxtel simply must address,” said TDS.

Another viewer said: “With experience in the AV industry, I found this broadcast was completely unacceptable.  There is no way the picture on Foxtel is comparable to other broadcasts globally.  Make no mistake, we’re not talking about the darkness and lack of visibility.  That is a creative choice. We are specifically talking about broadcast bit rate which affects dark area detail levels.”

This final season of Game of Thrones has already become one of the most watched TV shows of all time as the series comes to its stunning conclusion.

But the latest episode (the third in the final season’s six episodes) – The Long Night – attracted complaints not only from Foxtel subscribers but other viewers streaming the episode in other parts of the world. 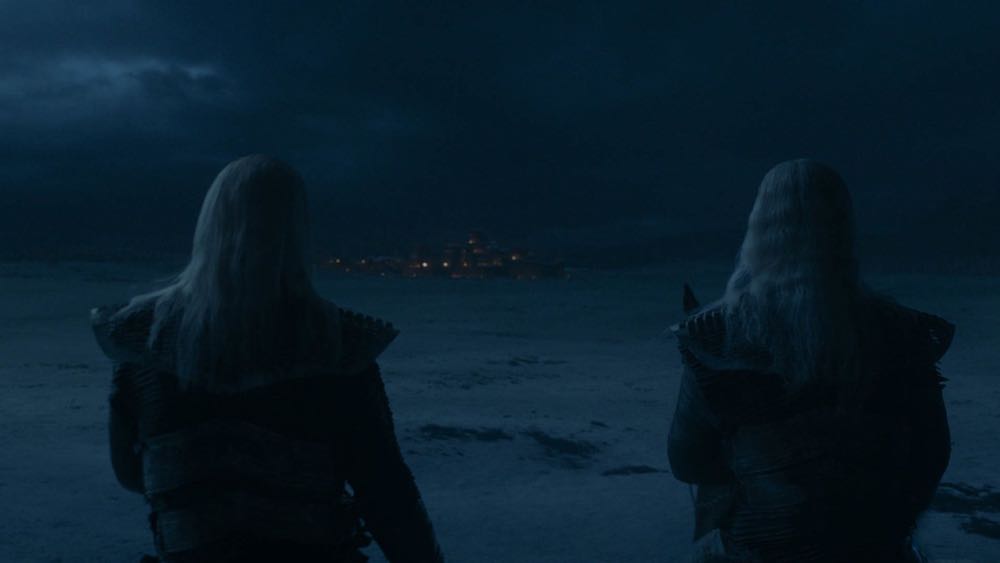 The entire episode, which shows the armies of the North battling the army of the dead, takes place at night and in the fog – and therein lies the problem.

Dark and poorly lit scenes are always a challenge to film and it’s difficult to get the complete picture if there isn’t enough information on the screen.

The latest GoT episode was provided to Foxtel and the other broadcasters around the world by the show’s producer HBO in high definition. 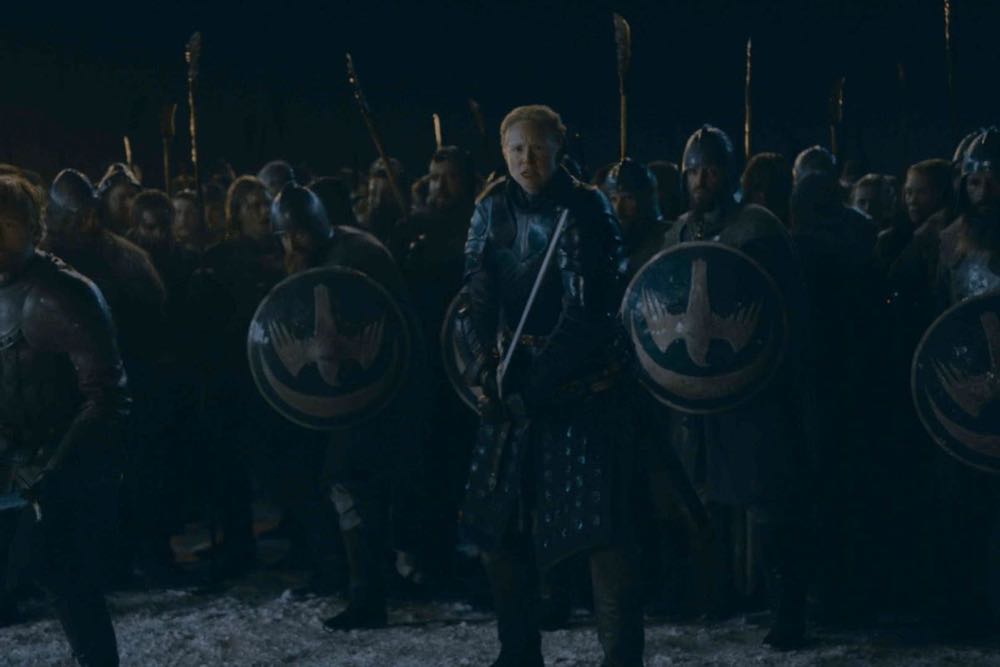 The majority of viewers, including those here in Australia, were viewing the episode either through a pay-TV service or streaming it through an online service.

To get this episode out, providers (including Foxtel) need to compress the video file so it can be easily viewed by subscribers.

Most subscribers would have streamed the episode using their broadband connection at a bit rate determined by their Pay TV provider.

Judging by the many complaints by Foxtel customers, there was a common thread despite the quality of the TV and the service that was being used.

The other issue was the fact that the entire episode was in the dark and any compressed video will struggle to offer a decent image.

As a result we saw artifacts and banding. 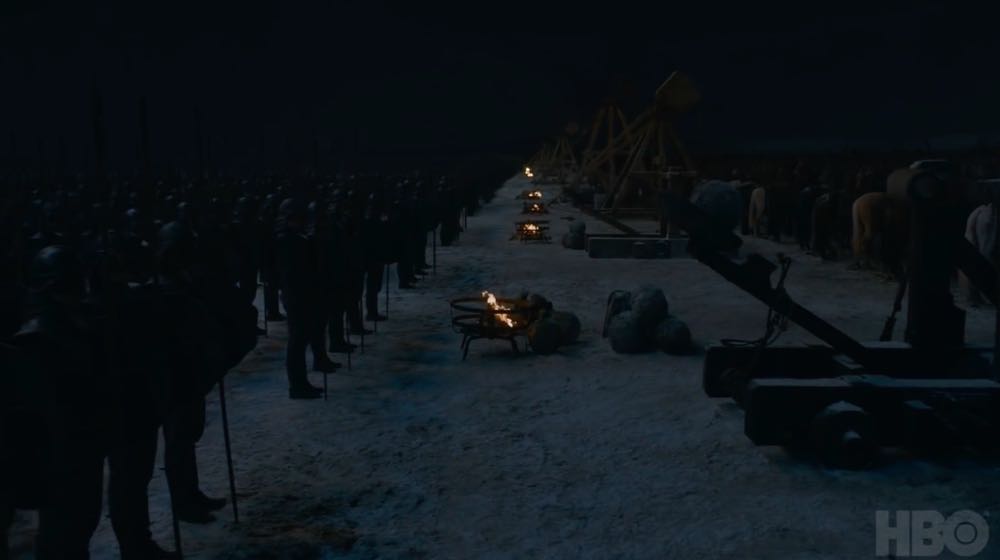 Artifacts appear as blocky distortions often in the middle of darker areas of the screen because there is not enough information to display the image correctly.

The other issue was banding which is when there is a variation of light on one part of the screen to another and you can clearly see the different bands of all the colour gradient because of that lack of digital information.

And it doesn’t matter if you have the best quality TV – it will still struggle with the lack of source information.

If you’re watching a movie on disc, there would be enough information to make that colour gradient look a lot smoother.

In the case of yesterday’s Game of Thrones, the dark scenes were also compounded by fog and motion so often the screen became a muddle of grey.

We watched a recording of the episode through our Foxtel iQ4 box on our Sony VPL-VW570ES 4K HDR projector on a 150-inch screen and even for us it was a struggle to make out what was on the screen.

It did look a little better on catch-up on Foxtel Now on our LG OLED.

The worst scenes were when they were flying around in the mist on the dragons and it was hard to make out who was who and what they were doing.

The battle scenes were also dark and with a lot of movement and were also difficult to make out detail.

Foxtel released a statement after the numerous complaints:

“Foxtel is transmitting all episodes of Game of Thrones it as it was provided to us by HBO. We haven’t deviated from how we’ve broadcast Game of Thrones in past seasons in any way and our HD distribution is in line with our normal high standards.

“Australian viewers aren’t the only ones with this experience as there have been many reports, worldwide, that are commenting that many scenes in this episode, and this season, seem darker with less detail during dark scenes than in earlier seasons.

“We are continually monitoring our broadcast to maximise the service quality to ensure it’s the best it can be.”

HBO made an artistic choice to film this epic battle scene at night and will probably look epic on Blu-ray or 4K disc.

But with so many dark scenes and what looks like some aggressive compression, what viewers saw was below standard.