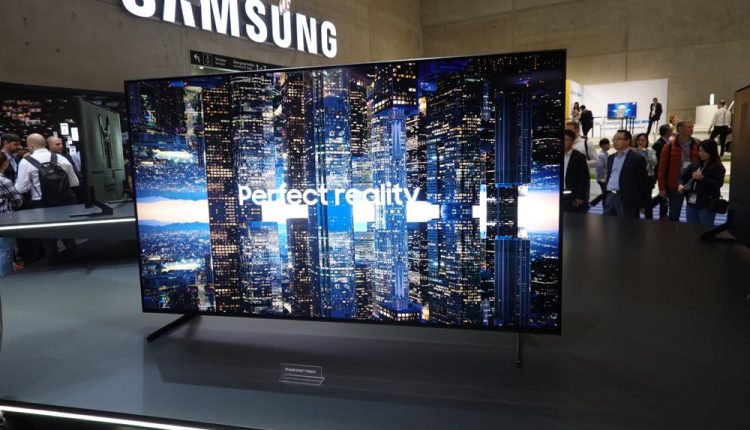 The new 8K TVs that were unveiled at IFA in Berlin really need to be seen to be appreciated. Samsung, LG and TCL were the first companies to reveal their products at the popular tech trade show.

While most are still trying to come to grips with 4K, these new 8K TVs, due for release in Australia in 2019, are aimed at customers who like bigger screens (and that’s most people now) and will be offering such high resolution that they can sit even closer for that big screen experience in their home. 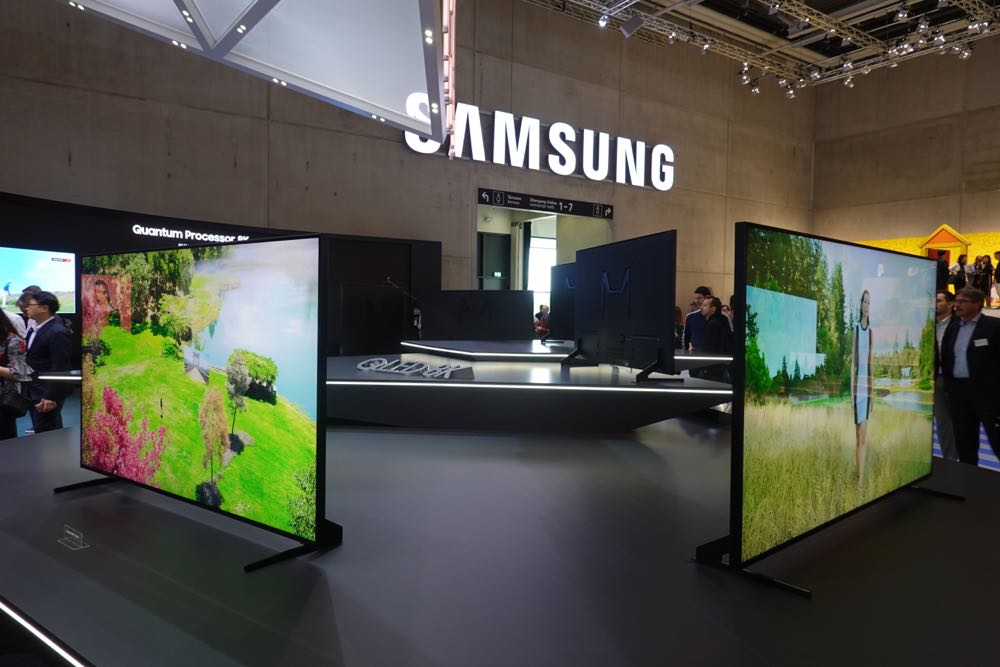 HOW DID THE 8K TVs LOOK?

The 8K TVs look incredible and you can really see the step up in picture quality over 4K.

On the Samsung stand we had a good look at the TVs up close – really close.

My eyes were just a few centimetres from the screen and I couldn’t see a pixel.

Samsung was right when it said you could sit closer – it looked good even a short distance away.

Also on the Samsung stand was a demonstration of the upscaling.

They had a 4K TV beside an 8K TV so you could see what SD, HD and 4K looked like on each screen.

On the 4K TV the picture looked impressive but on the 8K TV it was next level.

The upscaling algorithm also worked well from HD and 4K with areas of added detail visible on the 8K TV that just weren’t there on the 4K TV.

With no 8K content to speak off, this feature with the Samsung TV will make your existing content look better than ever. 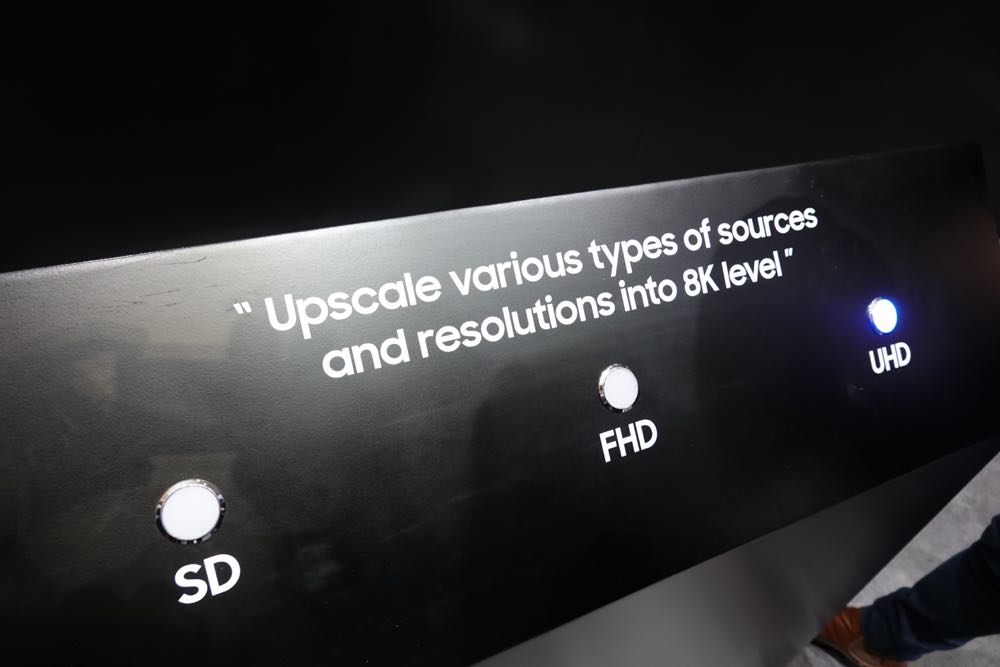 Samsung had all four sizes of their 8K TVs on the stand are look they are ready to go with them.

In fact, the Samsung 8K TVs go on sale in Europe and the US next month but Australians will have to wait until early 2019 to get our hands on them.

On the LG stand the 88-inch 8K OLED TV they announced was nowhere to be seen. When it was on the stand it was only available to look at backstage.

But when we turned up to the LG stand we couldn’t see it.

This suggested to us that the LG 8K TV was still in the prototype stage.

We suspect LG got a whiff Samsung was going big with 8K at IFA and they decided to rush the 8K OLED to the show. 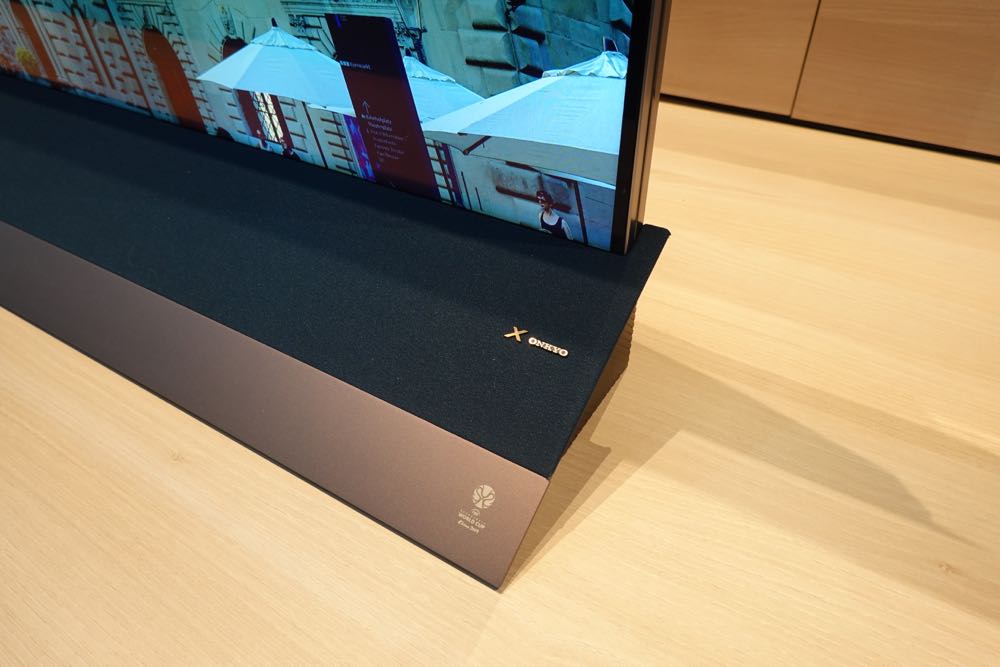 TCL, the huge Chinese TV manufacturer, had their X10 8K TV on display and it looked remarkable.

Not only was the 8K picture impressive but so was the design of the TV which included an Onkyo soundbar.

HOW MUCH WILL 8K BE?

Like any new technology 8K will be expensive because you’re buying a large screen TV and you’re also paying for 8K.

Whether that’s significantly more expensive than 4K is yet to be seen but our gut says it will be pretty expensive. 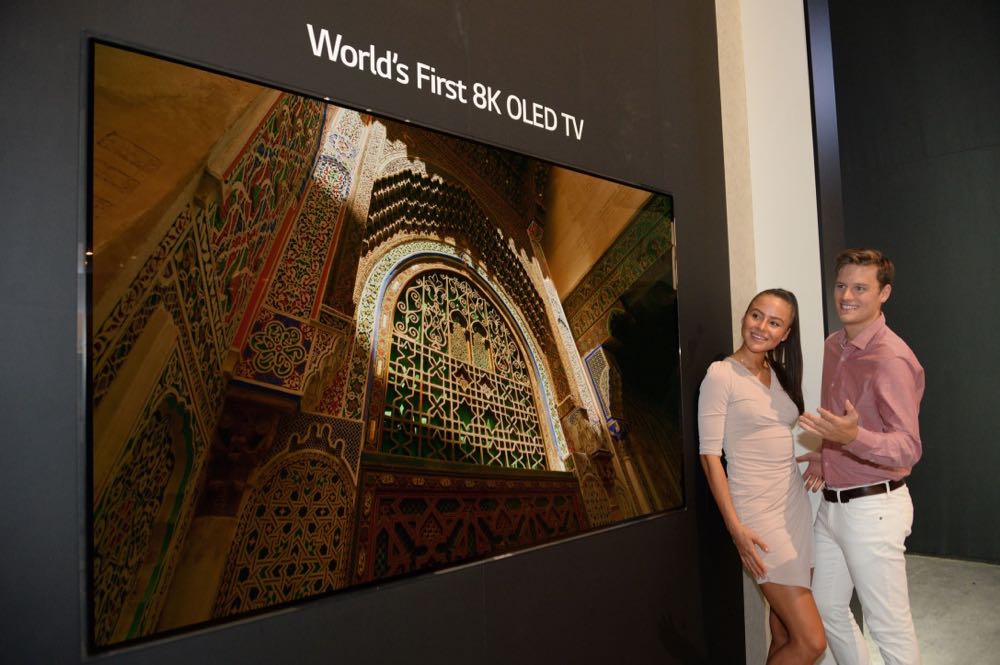 One upside for customers might be that 4K TVs, which are still extraordinary TVs, might be slightly reduced in price.

WHAT ABOUT THE OTHER BRANDS?

The other major TV brand like Sony, Panasonic and Hisense had a presence at the show and had their latest 4K TVs on display.

At the upcoming Consumer Electronics Show in Las Vegas in January, that’s where we’re likely to see these brands, and many others, rollout their 8K TVs.

Satechi has the solutions to connect your USB-C devices