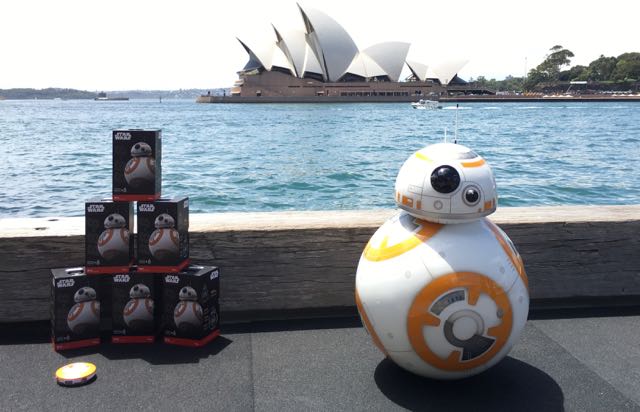 The world is in the grip of Star Wars fever ahead of the release of The Force Awakens and one of the characters that captured our imagination is the spherical BB-8 droid.

Tech Guide got a chance to get up close with a life-size replica of the loveable robot.

We also met up with the people from Sphero the company behind the BB-8 toy which has been an absolute blockbuster ever since it was launched in September.

The BB-8 droid was conceived and created by the filmmakers but Sphero was brought on board by Disney to create the toy version that would take advantage of Sphero’s existing technology.

“We got involved with BB-8 after most of the filming had been done,” Sphero creator Ian Bernstein told Tech Guide.

“We went through a tech accelerator program in 2014 at Disney and while we were at Disney that’s when we learned about the BB-8 character.”

For Star Wars The Force Awakens there were six or seven different versions of the droid and each could do something different – the head would move and the ball could move – and they also developed a fully working version in the prop shop.

But months before Disney boss Bob Iger gave the Sphero team a brief glimpse at the BB-8 character in July last year, they had already been testing similar technology that would ultimately allow them to produce the toy version of BB-8 for Disney.

“Five months before we learned about BB-8– we’d got a video from our factory in China of Sphero with a hat,” Bernstein said.

“We thought that’s pretty cool and were thinking of different accessories you could put on top of Sphero.

“So we’d already worked on this technology and of course we already had Sphero and as soon as we saw Bob Iger we were like ‘oh, we got a hat and a head – got it’.

“We ran back to our desk and we sketched what we thought it looked like because we only saw the picture for four seconds.

“When the rest of the company left the accelerator program that night we made one and we ended up sending them some videos.”

From that first glimpse it took Sphero 10 months to produce the popular BB-8 toy you can see and buy today. 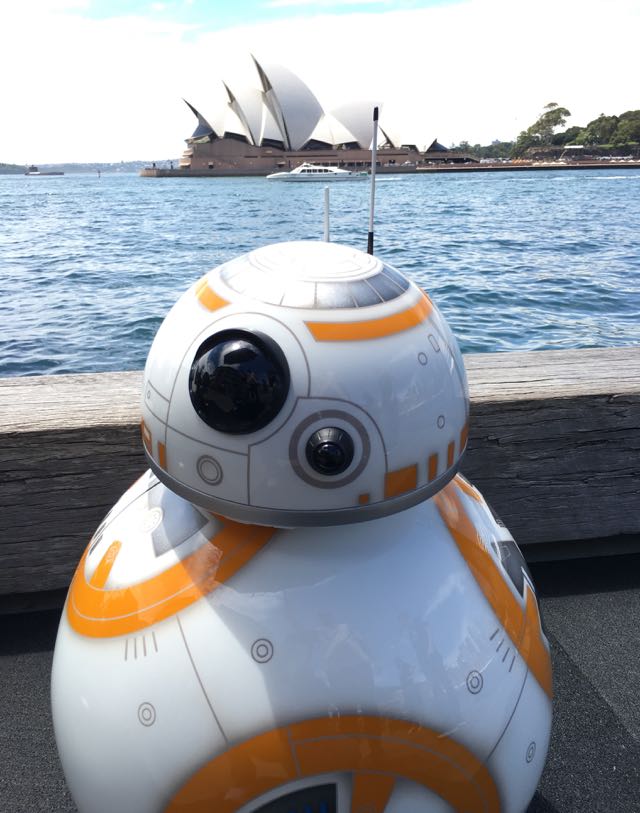 And since it has gone on sale Sphero’s BB-8 has been a runaway success.

“It’s phenomenal. This is something you dream about as an entrepreneur and your company,” said Sphero CEO Paul Berberian.

“You want to be in a position where the whole world wants your product faster than you can make it.”

So what can we look forward to from Sphero?

There’s a hint that a larger version of the BB-8 toy might be on the production road map – a rumour the Sphero team neither confirmed or denied.

“We’ve started expanding some of our product development capabilities so we can make all of the awesome ideas that Ian and Adam and his entire team has come up with,” Berberian says.

“We know have the resources to actually go out and build these fantastic new toys that will hopefully come out in the next few years.”