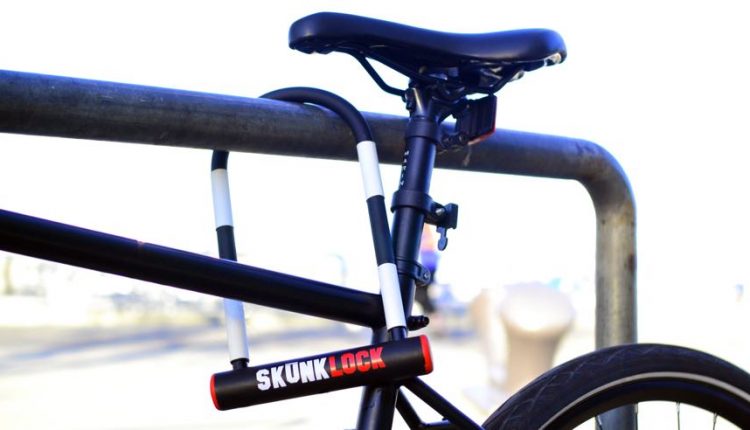 There are bike locks and then there’s the SkunkLock – a lock that strikes back when a thief tries to tamper with or saw through it with noxious fumes that will induce vomiting and irritation.

Regular bike U-locks are not going to stop a determined thief which is what led founders Daniel Idzkowski and Yves Perrenoud to create the SkunkLock.

They’ve both lost bikes to criminals and then had no way to get around. In the US alone, more than 1.5 million bikes are stolen each year.

A regular bike lock can be cut with an angle grinder in seconds but if that same thief attempts to cut through SkunkLock they will get a sickening shock.

If SkunkLock is tampered with or punctured with a power tool, the pressurised contents are released in the thief’s direction.

The noxious chemicals are legal and made of naturally occurring fatty acid compounds found in rancid butter, parmesan cheese and vomit.

These formulas are safe and won’t cause any permanent harm but what they will do is irritate and smell so bad it will make the person trying to steal your bike vomit.

The fumes dissipate quite quickly after being sprayed at the thief and won’t harm passersby.

SkunkLock is also built stronger than your regular bike lock with hardened steel – harder than the premium locks currently on the market.

But SkunkLock takes that extra step where the thief is also incapacitated by the noxious if they persist trying to get through that tough frame. 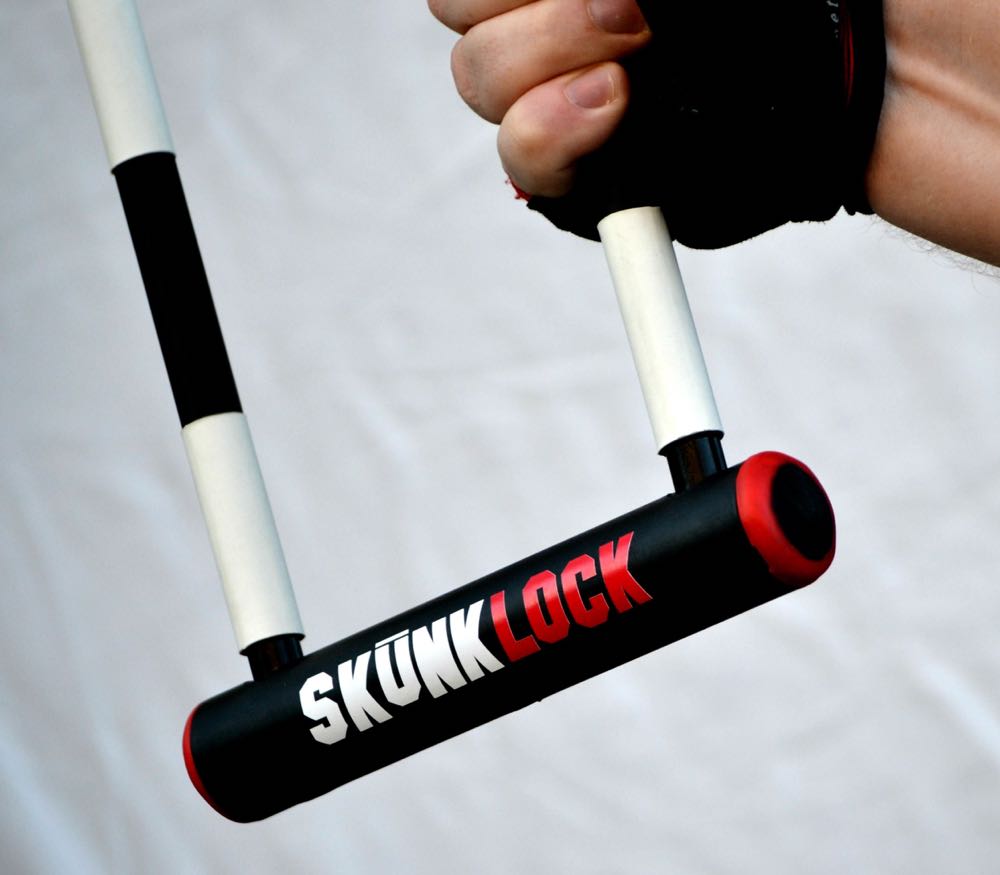 It also has a high security locking mechanism and has a permanent seal to guarantee the SkunkLock is safe for everyday use.

The product will work with bicycles, motorcycles, scooters and mopeds.

SkunkLock has been listed on the Indiegogo crowdfunding site and has already exceeded its funding goal of $US20,000.

Customer can invest in the product on the SkunkLock Indiegogo page.

The cheapest investment is $US109 plus shipping costs that will get you a SkunkLock at 32 per cent off the retail price when it goes on sale in June 2017.