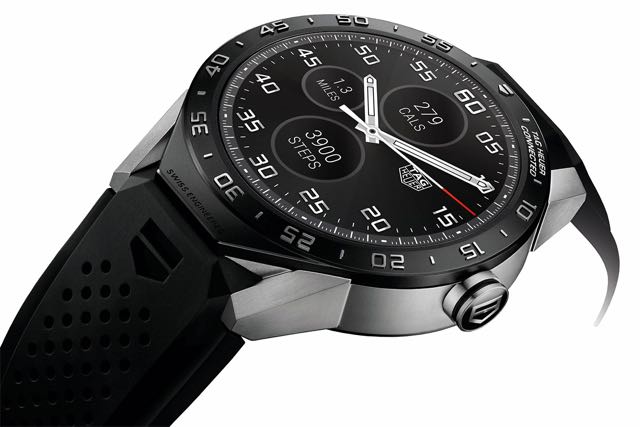 TAG Heuer unveils its first smartwatch – and its not cheap

Luxury Swiss watchmaker TAG Heuer has entered the smartwatch market with a high-end device that is running the Android Wear operating system and powered by Intel technology.

The TAG Heuer Connected smartwatch is made from grade two titanium and has a diameter of 46mm with a sapphire crystal touchscreen and featuring the Swiss company’s signature design and handcrafted precision.

Priced at $US1,500 ($AU2,200), the TAG Heuer Connected smartwatch is obviously viewed as a premium device like its other watches.

The company’s goal was to bring together TAG Heuer’s high quality watchmaking standards with the latest digital technology. 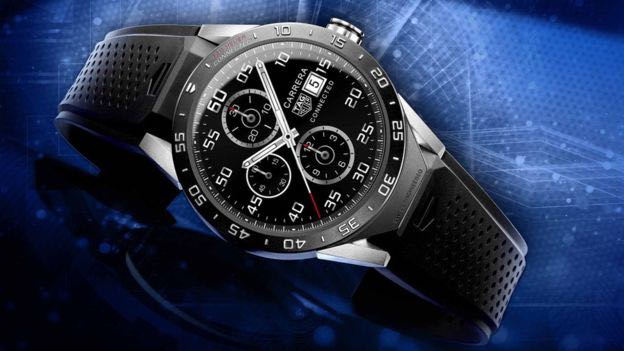 TAG Heuer has developed three digital watch dials – or watch faces – that feature the company’s iconic features like hands, counters, date window and minute track so it can maintain the appearance and function of a true watch.

Notifications sent from your paired smartphone will appear within the three counters on the chronograph dial at 12, 6 and 9 o’clock so it doesn’t spoil the watch’s aesthetics.

If you touch the counter, the relevant application will open full screen on the watch.

With its 150 years of Swiss watchmaking heritage, TAG Heuer partnered with Intel and Google to create the Connected smartwatch.

Under the hood is the Intel Atom Z34XX processor and it is running Google wearable operating system Google Wear.

There is 4GB of memory onboard and the latest generation of lithium rechargeable battery that will run all day.

There’s also a microphone to allow users to interact with Google voice control as well as a crown at 3 o’clock that also houses all the controls.

The TAG Heuer Connected smartwatch also has an IP67 water resistance rating and it will pair with any smartphone running Android 4.3 and above or iOS 8.2 and above.