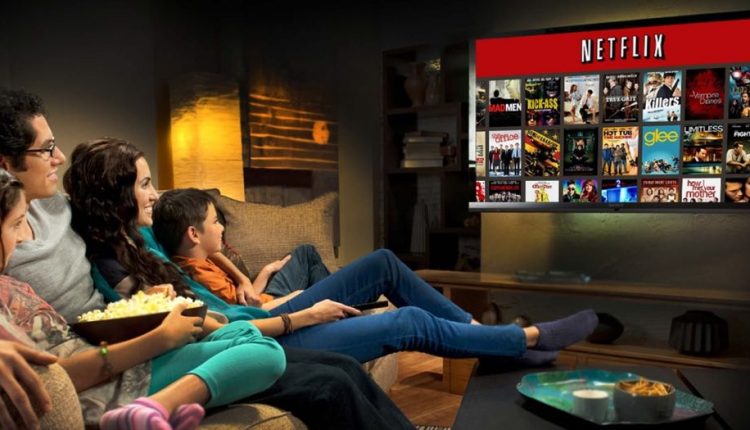 Subscription video on demands services have exploded in the last 12 months with almost half of all customers saying they are rarely watching free-to-air TV anymore, according to a study by analyst firm Telsyte.

There are now more than 3.7 million subscribers in Australia which is a year-on-year increase of 30 per cent.

The Telsyte research of the Australian SVOD market shows almost half the country (49 per cent) is currently subscribed to either Pay TV or SVOD services – which is an increase from last year’s figure of 38 per cent.

And 11 per cent are subscribed to both.

At this current take-up rate, SVOD’s trajectory is on track to eclipse traditional Pay TV customers by June 2018 – that’s less than a year away.

The availability of exclusive and original content and live streaming is fueling the increasing popularity of SVOD services.

Subscriptions are expected to exceed six million by 2021 with customers happy to take up multiple services.

Netflix is the runaway leader with SVOD leader with 55 per cent market share (2.02 million customers) followed by Stan at 24 per cent (867,000 customers). 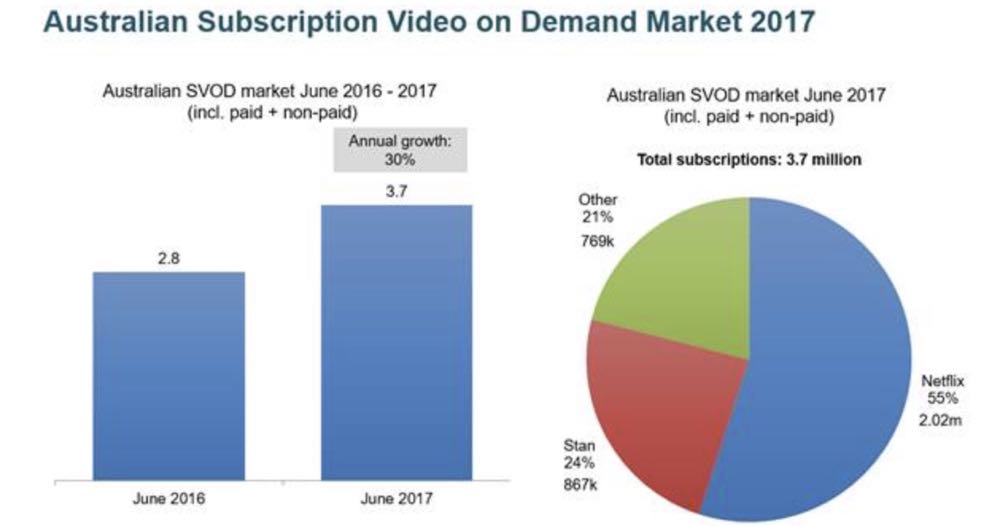 Free-to-air TV appears to be the loser here with 46 per cent of SVOD subscribers admitting they very rarely watch FTA TV.

Telsyte’s research shows that on average an SVOD subscribers watch almost 26 hours of video content per week between FTA TV, Pay TV, SVOD and online TV on demand like catch-up services and live streaming TV. This compares with just 21 hours for the average Australian.

“SVOD adoption in Australia has started to reach a scale which has strategic significance to media and telecoms companies alike” Telsyte managing director Foad Fadaghi says.

SVOD subscribers use up to 61 per cent more mobile data on average than those who do not stream SVOD on smartphones.

At the end of last year, the rate of SVOD uptake by NBN users was 25 per cent higher than non-NBN users.