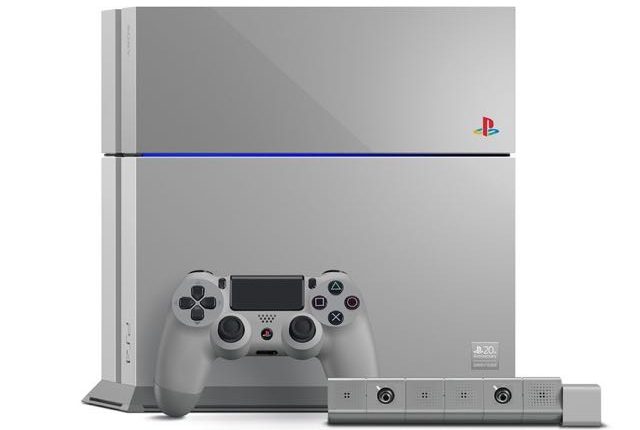 To celebrate the 20th anniversary of PlayStation, Sony has released a special limited edition PlayStation 4 that is the same colour as the original.

The first PlayStation was released on December 3, 1994.

Sony is commemorating the platform’s 20th birthday with a new PS4 that is limited to just 12,300 units. This number reflects the launch date of the original console.

The PlayStation 4 20th Anniversary Edition comes in the original grey colour of the first PlayStation right down to the controller and included accessories.

PlayStation was the first home console ever to sell more than 100 million units and marked a shift in the way we played computer games.

A whole generation of players came through following the console’s release closely followed by an army of game developers who pushed the hardware to its limits over the years with each version.

“The PlayStation 4 20th Anniversary Edition is a very special model that is reminiscent of the original PlayStation, which has inspired every other PlayStation platform launched in the past two decades,” said Andrew House, president and Group CEO of Sony Computer Entertainment.

“This limited edition PS4 offers a great sense of nostalgia to long-time PlayStation fans, while also providing a fresh experience to those who never picked up the original console.

“The ‘PlayStation 4 20th Anniversary Edition’ embodies our appreciation and gratitude to all our fans, publishers, and business partners that have provided us with tremendous support for the past 20 years, and we look forward to their support as we continue to imagine and build the future of PlayStation together for years to come.”

It is priced at $US499 from www.store.sony.com.

James Bond – the gadget loving spy – to return in Spectre