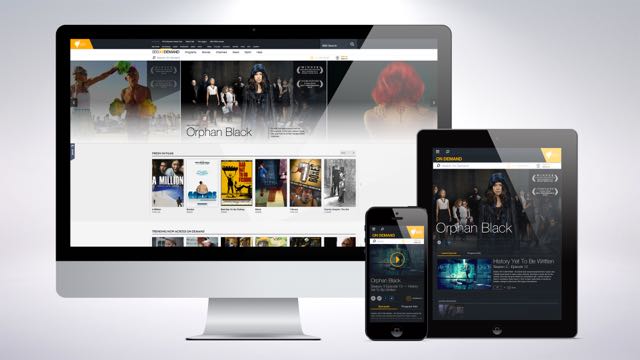 SBS has redesigned, re-imagined and relaunched its SBS On Demand streaming service with a website that offers an all-new way to enjoy top shelf content when and where you want – and you get it all for free.

Kicking off officially on Monday, June 29, SBS On Demand will boast more than 4,000 hours of content (Netflix has 6000) that will be available on 22 platforms – more than any other Australian broadcaster.

It will be viewable on desktop computers, laptops, smartphones, tablets and smart TVs.

But it’s not just another catch-up service. It will now include more than 600 movies and more than 350 feature-length documentaries and factual programs. 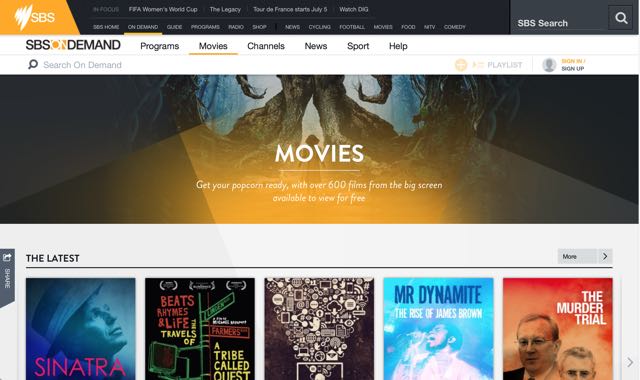 SBS On Demand is a fully responsive website which means it will scale to fit any device you’re watching it on while maintaining easy access to the menu and the content.

“It is a true representation of the quality drama, documentary and film on offer from SBS that goes to the heart of our special Charter and provides Australians with an enviable range of distinctive content available anytime, in any device, absolutely free, in a way only SBS can,” said Michael Ebeid, SBS Managing Director.

The service is free but is supported by both display advertising and in-program ads.

An ad package plays at the start of the program and then around every 20 minutes. 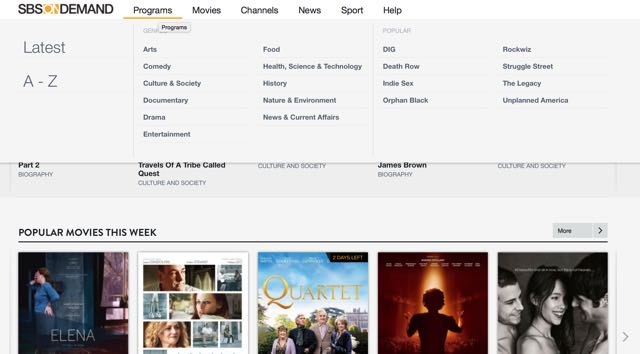 In a feature length program there will be three or four ad breaks that run between 45 and 60 seconds.

On the content side, SBS On Demand will showcase some new and popular programs including season three of Rectify, starring Australian actor Aden Young, express from the US and premiered in the service before its television broadcast.

Other dramas will include Bosch, based on the main character from the popular Michael Connelly crime novels.

New documentaries will also include the award-winning Alex Gibney Collection which features Sinatra: All or Nothing At All, Mr Dynamite: The Rise of James Brown and Freakonomics.

On the movie front, viewers will have a number of genres at the fingertips on SBS On Demand from action thrillers and dramas to romantic comedies and B-Grade schlock horror.

RECTIFY SEASON 3 – Available from 10 July, Express from the US  SEASONS 1 and 2 – Available to binge from 3 July Season three of the hour-long drama picks up immediately where season two left off, on the very afternoon of Daniel’s plea deal. Will the deal be accepted? Will Daniel be forced to leave town? Starring acclaimed Australian actors Aden Young and Adelaide Clemens, along with an all-star cast including Abigail Spencer (Mad Men).

Based on Michael Connelly’s international bestselling novels. With millions of fans around the world, LAPD homicide Detective Harry Bosch finally comes to television. He is relentless and will stop at nothing to bring justice to victims. But behind his tireless momentum is a man who is haunted by his past and struggles to remain loyal to his personal code: “Everybody counts or nobody counts”.

Starring Emmy® and BAFTA Award nominee Michael Sheen and acclaimed actress Lizzy Caplan, who portray the real-life pioneers of the science of human sexuality, William Masters and Virginia Johnson. Season Three jumps forward four years from where Season Two left off, as Masters and Virginia are thrust into the spotlight after their research is published in the wake of the sexual revolution.

THE PRINCIPAL – Available for catch-up in October

12 MONKEYS – Available for catch-up from 17 July

Based on Terry Gilliam’s 1995 cult hit novel. Take a trip to 2043 and meet time traveller Cole, living in post-apocalyptic future but keen to get back to 2015 to eradicate the source of a deadly plague that will nearly destroy the human race. Travelling back in time isn’t simple, and Cole learns that the hard way.

GLUE – Available for catch-up from 7 July

This new series from SKINS writer Jack Thorne has been applauded as ‘Midsommer Murders without the old people’. Set in the tiny village of Overton in the English countryside, Glue is centered on the murder of 14 year old Cal and how the lives of those around him are changed forever.

SINATRA: ALL OR NOTHING AT ALL – Available now in the Alex Gibney Collection

Directed by award-winning director Alex Gibney. A two-part documentary that is an up-close and personal examination of the life, music and career of the legendary entertainer. Told in his own words from hours of archived interviews, the documentary weaves the music and images from Sinatra’s life together with rarely seen footage of Sinatra’s famous 1971 “Retirement Concert” in Los Angeles.

Directed by award-winning director Alex Gibney. Pioneering the journey from rhythm and blues to funk, James Brown forever changed the face of American music. Mr. Dynamite follows the journey of Brown as he escaped his impoverished Southern roots to become the biggest name in soul music, and one of the most important music talents of the 20th Century.

This explosive documentary returns for its third season at a time as relevant as ever. Six ordinary Australians challenge their preconceptions about refugees and asylum seekers on an immersive, reverse journey to some of the most dangerous places on earth.

Skint tells the provocative and revealing stories from the inside out about how people survive without work. The series follows the lives of a group of people who are either in long-term unemployment, have never worked, or who are growing up without the expectation of ever working.

This fly-on-the-wall observational documentary series that prompted a national conversation about poverty returns to SBS On Demand, giving a voice to those doing it tough on the doorstep of Australia’s most affluent cities. An eye-opening glimpse at real life in under-resourced Australian communities – raw, honest and unfiltered.

THE ROCKET – Available from 6 July

A boy who is believed to bring bad luck to everyone around him leads his family and two new friends through Laos to find a new home. After a calamity-filled journey through a land scarred by the legacy of war, to prove he’s not bad luck he builds a giant rocket to enter the most exciting and dangerous competition of the year: the Rocket Festival.

THE HUNT – Available from 13 July

Mads Mikkelsen (A ROYAL AFFAIR) delivers a superb, award-winning performance in this electrifying new film from Thomas Vinterberg, the acclaimed director of THE CELEBRATION (FESTEN). A teacher lives a lonely life, all the while struggling over his son’s custody. His life slowly gets better as he finds love and receives good news from his son, but his new luck is about to be brutally shattered by an innocent little lie.

After graduating from film school, Aura (Lena Dunham) returns to New York to live with her photographer mother, Siri (Laurie Simmons), and her sister, Nadine (Grace Dunham), who has just finished high school. Aura is directionless and wonders where to go next in her career and her life. She takes a job in a restaurant and tries unsuccessfully to develop relationships with men, including Keith (David Call), a chef where she works, and cult Internet star Jed (Alex Karpovsky).

A story that follows a New York woman (who doesn’t really have an apartment), apprentices for a dance company (though she’s not really a dancer), and throws herself headlong into her dreams, even as their possibility dwindles. Starring two of Hollywood’s hottest young actors, Greta Gerwig (Greenberg) and Adam Driver (Girls), this fast, funny and flirty tale of a group of twenty-something New Yorkers trying to find bliss in the Big Apple.

Meet MotoPogo – a cross between a Segway and a motorbike