Samsung has confirmed there is a problem with the Galaxy Note7 battery and is offering Australian customers a refund until the issue is resolved just hours after removing the smartphones from stores after reports of the device’s battery exploding.

The device was removed from retail store shelves but Samsung says to date there have been no reported cases in Australia.

Samsung issued a statement late on Friday evening after the first incidents of batteries exploding were reported earlier this week in South Korea.

“Samsung is committed to producing the highest quality products and we take every incident report from our valued customers very seriously. In response to recently reported cases of the new Galaxy Note7, we conducted a thorough investigation and found a battery cell issue,” Samsung’s statement read.

“To date (as of September 1) there have been 35 cases that have been reported globally. There have no reported incidents in Australia. However, because our customers’ safety is an absolute priority at Samsung, we have stopped sales of the Galaxy Note7.

“For customers who already have Galaxy Note7 devices, we will provide a resolution of their choice including a replacement, repair or refund over the coming weeks.

“We acknowledge the inconvenience this may cause in the market but this is to ensure that Samsung continues to deliver the highest quality products to our customers.

“We are working closely with our partners to ensure the customer experience is as convenient and efficient as possible. We will have an update for Australian customers early next week.”

Samsung says any customers with concerns can return to the place of purchase to discuss their options.

Shipments of the new flagship device from South Korea were put on hold earlier this week for “additional quality assurance inspections”.

Retailer JB Hi-Fi has already pulled the Note7 from shelves for the time being as they await instructions from Samsung Australia.

Telstra has also issued a statement.

“We are talking to Samsung to understand more about the reports and as a precaution we have paused Galaxy Note 7 sales,” a Telstra spokesperson said.

“We will contact existing owners directly if we learn there is an issue affecting their phones.”

Vodafone issued a similar statement confirming it will also halt sales of the Note7 until Samsung  completes its investigation. Vodafone said it had not heard of any issues with the Note7 from Australian customers.

Samsung’s Galaxy Note7 went on sale in 10 countries including the US, UK, South Korea and Australia on August 19.

The issue was brought to light in South Korea this week when customers said their Note7 had exploded while it was being charged.

A person quoted on the BusinessKorea website said they were “woken by the bang and the smell of smoke”. 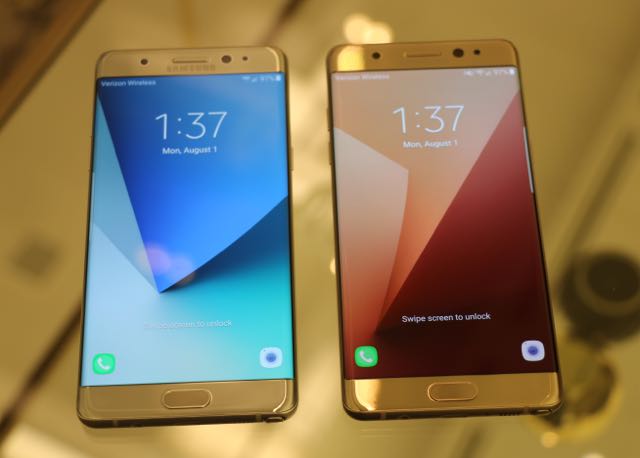 The Galaxy Note7 is the first Samsung smartphone with a USB-C port and there is speculation that third-party USB-C charging cables are to blame.

With the cable that ships with the product, the Note7 is capable of fast-charging.

There is no indication that this is a widespread problem with the Yonhap News Agency reporting it has affected less than 0.1 per cent of devices. 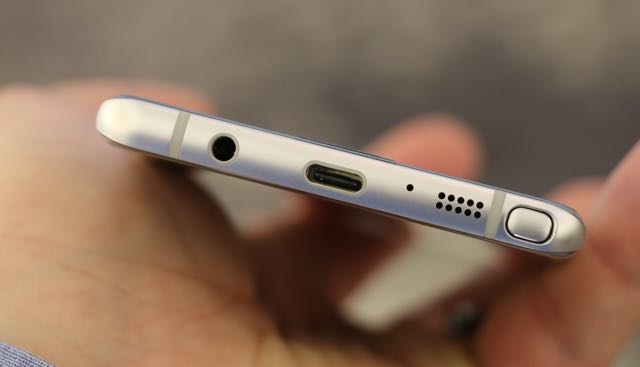 UPDATED: Samsung Galaxy Note7 recall – everything you need to know