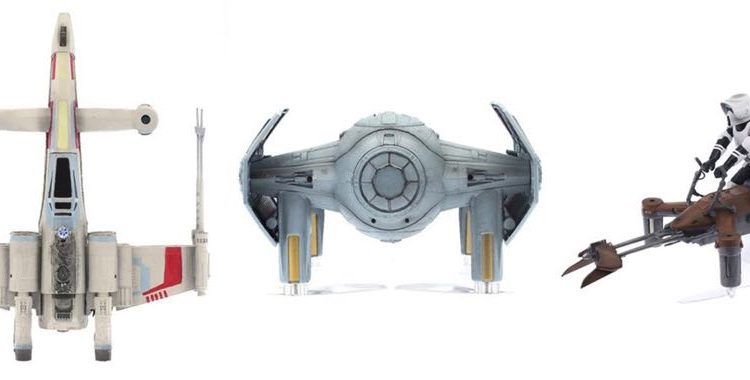 Tomorrow 1,977 Star Wars limited edition drones from Propel will go on sale to celebrate the release of the original film in 1977 at the special price of $199 – that’s $100 cheaper the regular price.

There are three models in the Star Wars collection – the 74-Speeder Bike, the TIE Advanced X1 and the T-65 X Wing – which can be used for exciting drone gaming and boasting speeds of up to 45 km/h.

The 1,977 Limited edition souvenir boxed drones are being released to celebrate the latest Star Wars film, The Last Jedi, which will be released on December 14.

And there are 1,977 to signify the year the first Star Wars movie exploded on to cinema screens and started a saga that fans of all ages still adore.

Each box has a matte black finish and individually numbered with a wax seal.

When the top of the box is opened, Star Wars music begins to play before revealing the drone inside a lightbox. 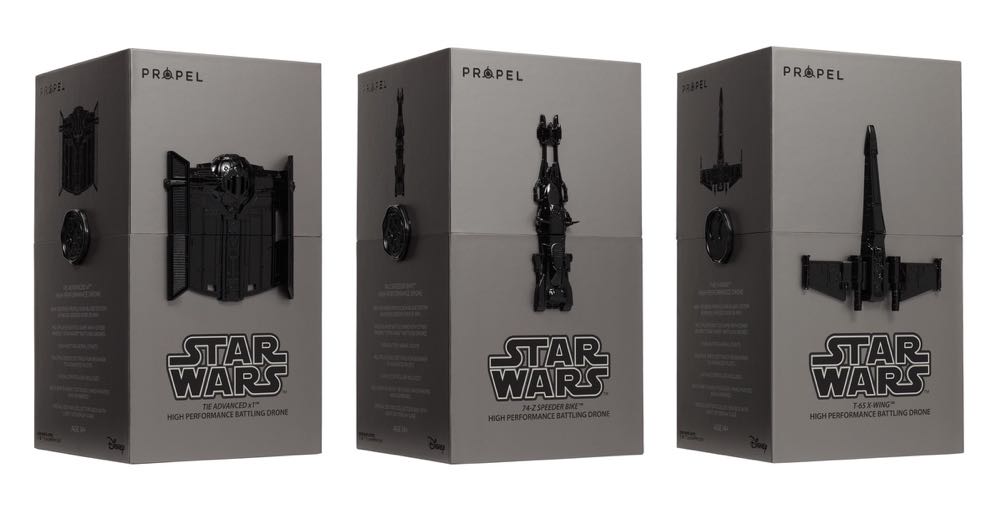 These limited-edition drones will be available on November 17 with a limit of three per store.

With the rarity of these drones and the $100 price reduction they are sure to sell out in minutes.

The $100 discount will be offered as a manufacturer rebate. 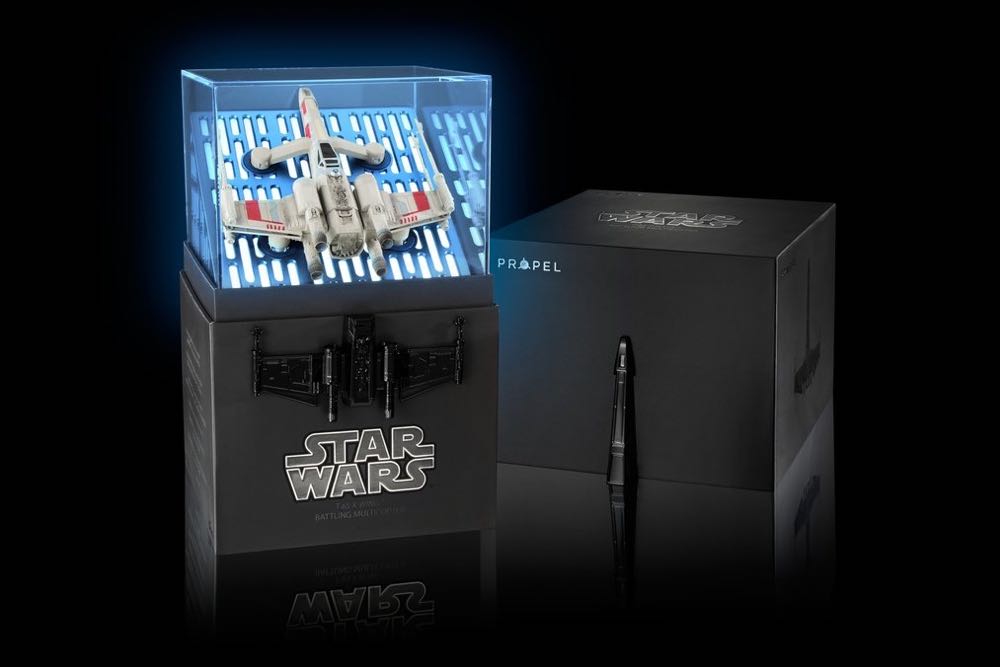 These new Star Wars drones use reverse propulsion technology with the propellers placed on the bottom of the vehicle instead of the top.

This means the fighter will look just like it does in the movies rather than looking like just another drone.

The propellers are also clear making them invisible in-flight.

Propel, the company behind these Star Wars drones, have invested a dozen patents into the products which are the first consumer products globally to utilise Li-Fi capabilities.

Li-Fi is a new data transfer technology 100 times faster than wi-fi for instant information transmission which enables a remarkable battling experience with up to 12 drones in the air at the same time. 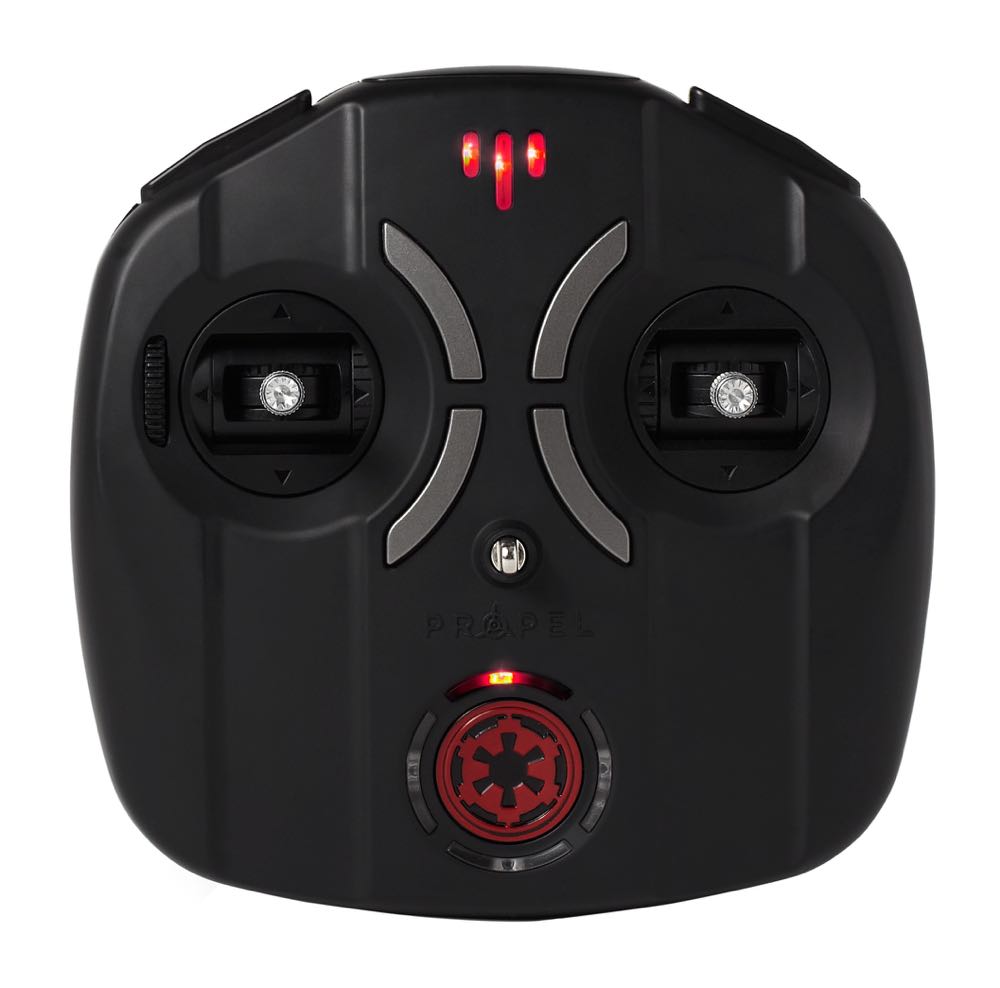 Each drone has a flight time of 6-8 minutes and a charging time of 30-40 minutes per battery.

It includes well-known Star Wars characters like Darth Vader, Han Solo and Luke Skywalker talking to you from the controller and advising you on the best battle tactics.

A companion smartphone app developed by Propel can also act like you’re flying coach with 34 specifically designed training missions to prepare you for battle even before you turn on the drone. 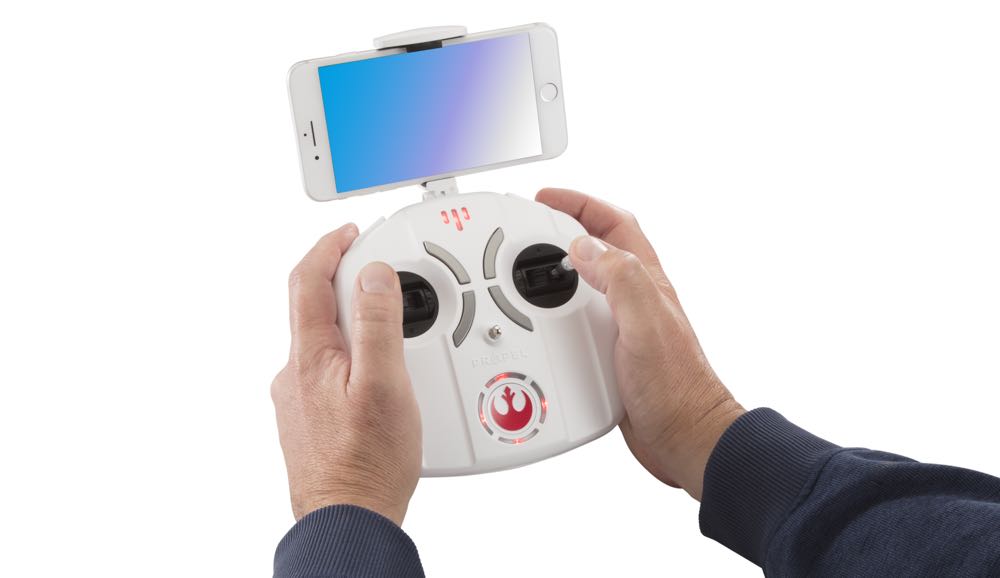 The Propel Star Wars drones also have a training mode with the speed of the vehicle reduced by 30 per cent to get the hang of it with maximum height reduced to 3m and a hard deck of 30 cm off the ground to prevent you crashing into the floor.

If you miss out on these limited-edition Star Wars drones you can buy the standard edition of all three vehicles from November 21.