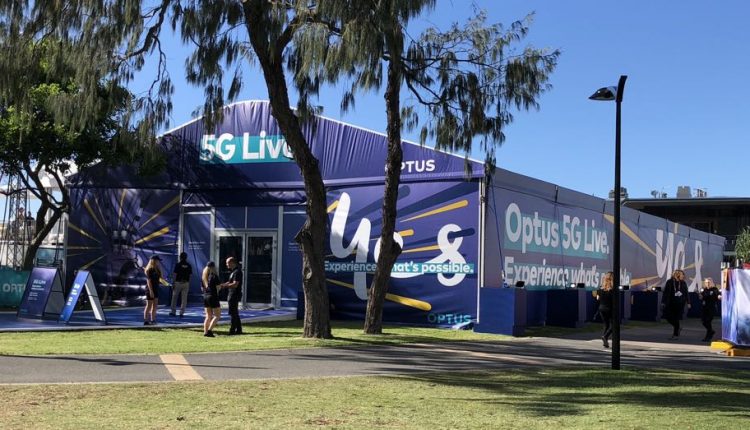 Optus has launched a world-first 5G showcase on the Gold Coast that will be open to the public during the Commonwealth Games to demonstrate the impressive capabilities of the next-gen network.

The Optus 5G Live site at Kurrawa will offer a hands-on experience of what’s possible with 5G technology.

Tech Guide had a hands-on look at the showcase which was demonstrating 5G use cases like streaming 8K video on the move, network speed and latency, virtual reality and robotics.

Optus will launch a 5G fixed wireless device next year for major metropolitan networks that will be capable of speeds up to 2Gbps – that’s 20 times faster than the NBN.

These speeds were demonstrated successfully in trial recently.

It was that 5G fixed wireless product that will be available to customers in January 2019 that was powering the whole 5G demonstration centre on the Gold Coast. 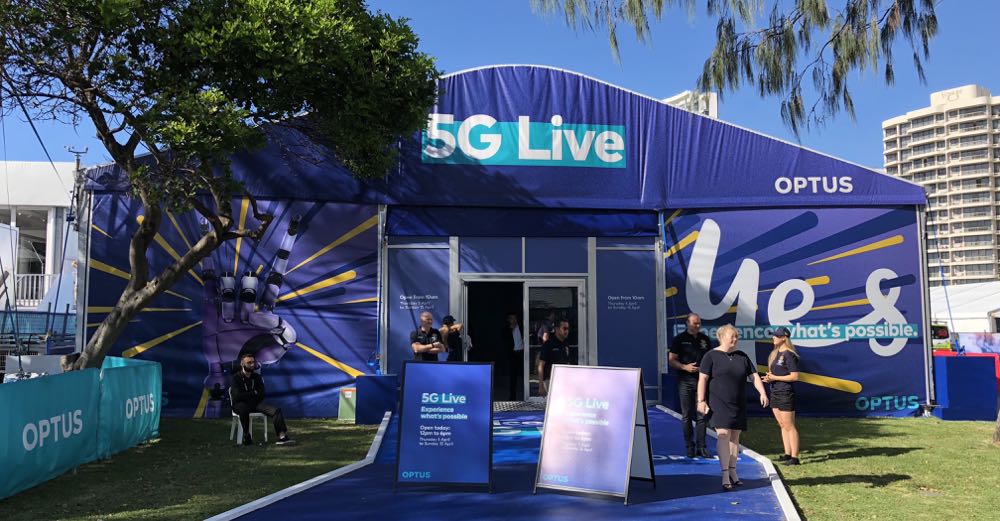 Live speeds from the device were being recorded on a screen outside the chamber where the device was located and it read 16Gbps.

The Optus 5G network will operate on the 3.5Ghz spectrum with cells having about 800m range.

We probably won’t see 5G handsets until at least the second half of 2019 and more likely in 2020.

Optus says it is already working with major handset and chipset manufacturers.

“What we have here today is a spectacular simultaneous demonstration of 5G capability, powered by a live 5G network, rather than through simulations,” said Optus Networks Managing Director Dennis Wong.

“For people to be able to walk off the street and interact with real 5G technology is an incredibly exciting development as we continue towards leading in the delivery of the first phase of 5G technology in 2019.”

“Educating consumers on the full range of benefits and potential that 5G may offer is an important step in working towards a digitally enabled world.”

In the showcase, Optus has shown that 5G just isn’t about faster download speeds. 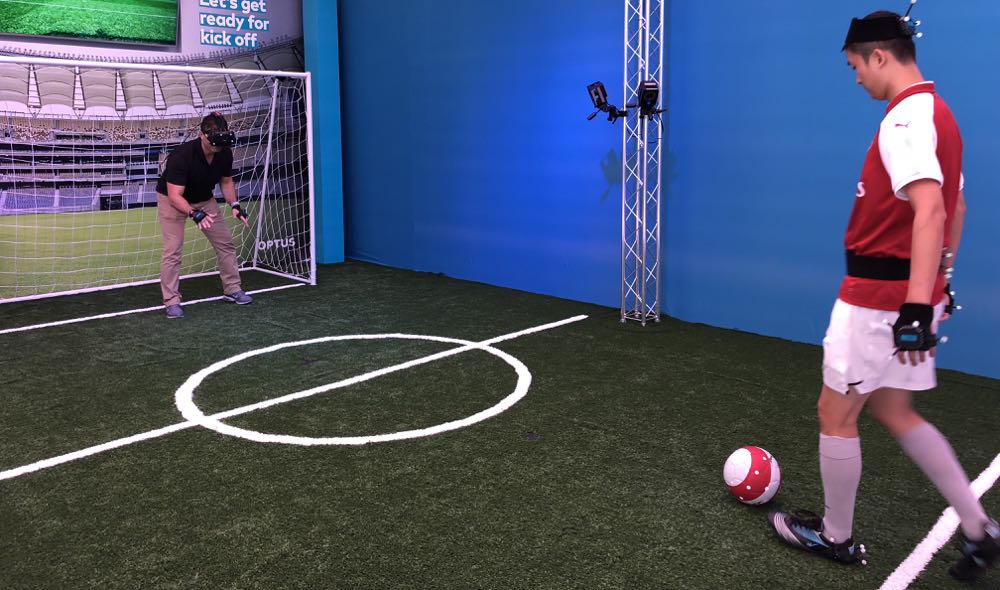 5G also brings with it high bandwidth and low latency.

In the Optus showcase there were several VR demonstrations including remotely driving a car through a model track of the Gold Coast using a virtual reality headset. 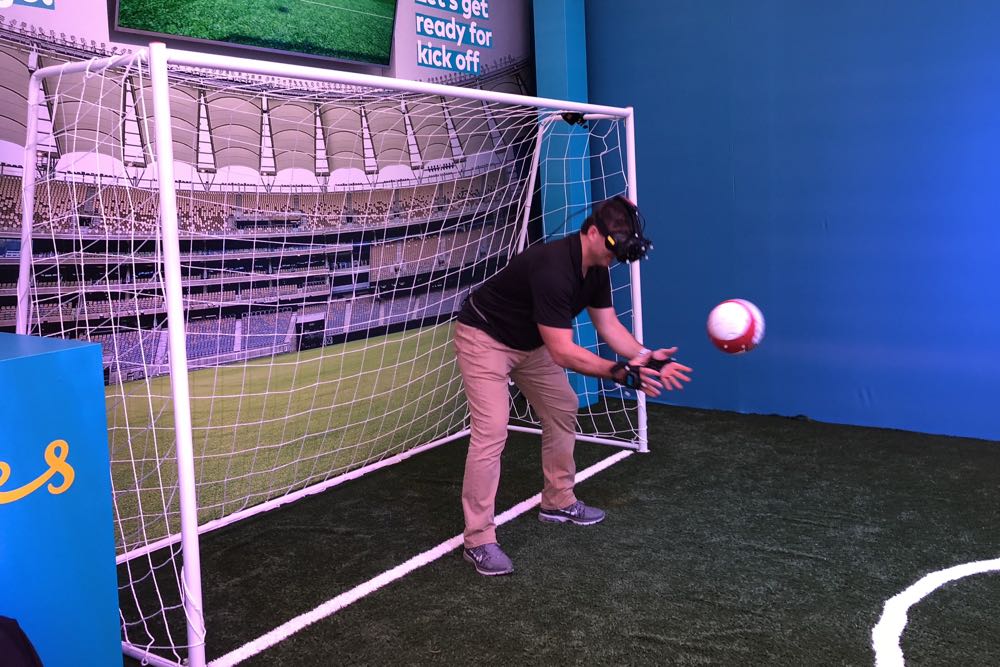 This shows that 5G can handle significant amounts of data.

Low latency means virtually no delay down through the network.

This is important when you consider future 5G applications like robotics and management of connected IoT (Internet of Things) devices. 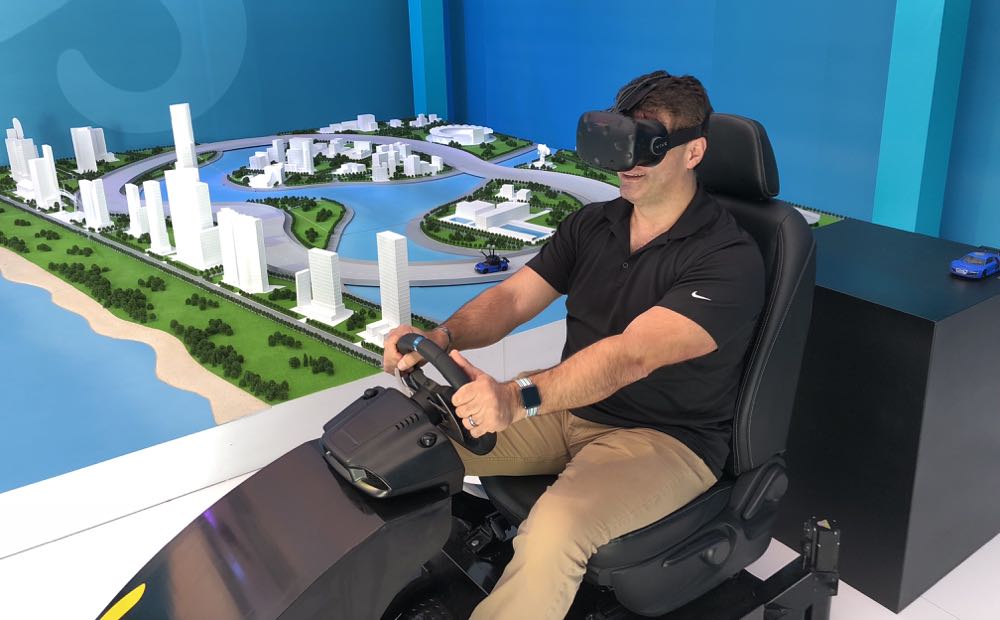 In the showcase, Optus had two robotic arms – one could mimic your movements in real time and the other could take you on in a game of rock paper scissors.

The connection to the robot arm was so fast it could read your hand in the rock paper scissors game so quickly it will have the winning gesture at virtually the same time.

Imagine this technology being used by a surgeon operating on a patient on the other side of the country using a similar robotic arm. 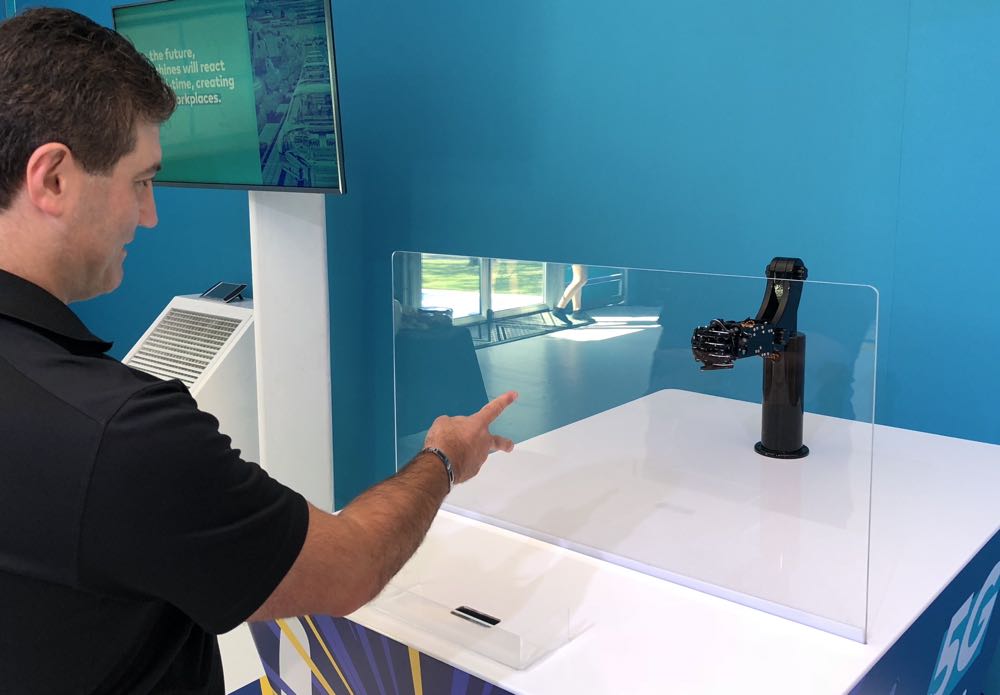 Or a surgeon performing high precision surgery – a robotic arm will always be steadier than a human’s.

Low latency and accuracy is critical in these situations and that’s what Optus 5G will be able to provide.

Apart from the VR driving, there was also VR cycling where you are immersed in a virtual world that’s streamed in high definition.

We also used a VR headset to catch a soccer ball while goalkeeping and being immersed in a 360-degree virtual stadium.

The virtual ball could be seen in real time just like the real ball otherwise we wouldn’t be able to time it properly to catch the ball (which we did!). 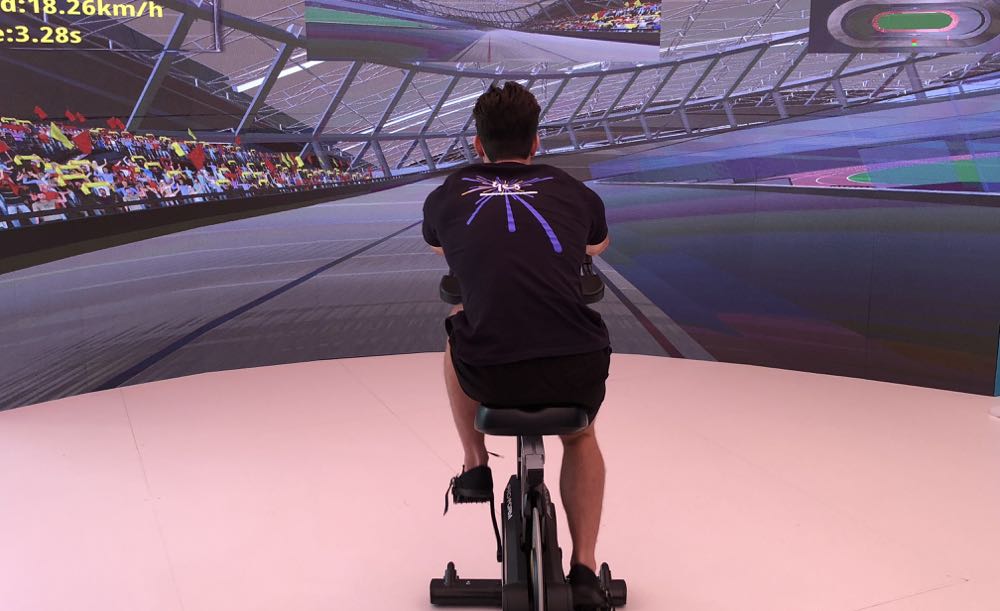 Athletes can use this technology for remote training with coaches able to have a full view of their progress and techniques.

Inside the Optus showcase was also a 360-degree dome so you can experience the events of the games like you’re actually there. 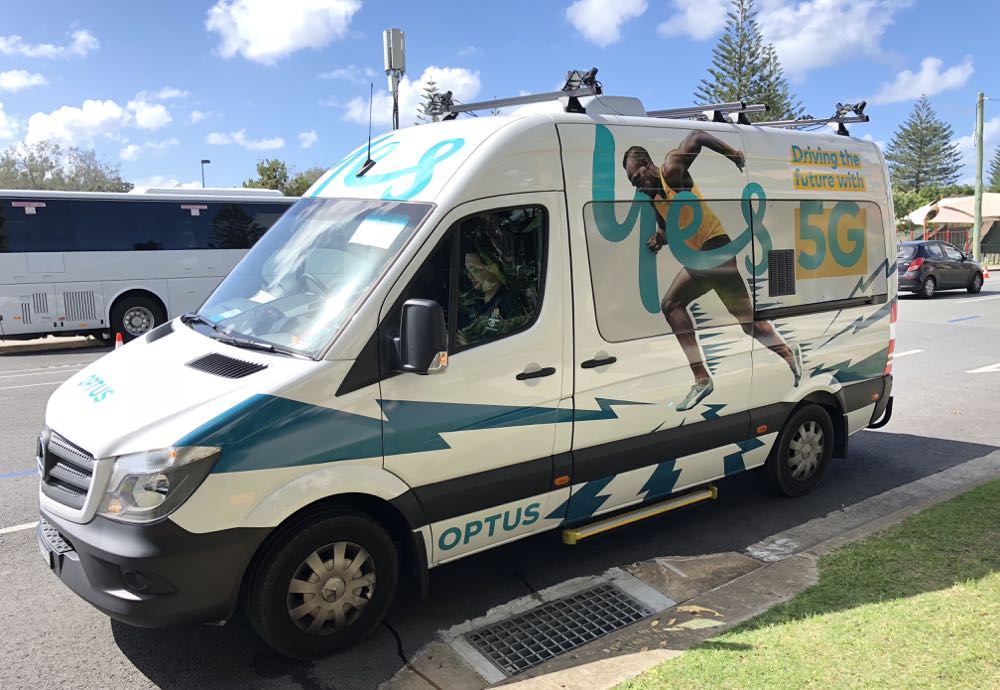 There will be a live camera streaming 360-degree at the bottom of the Optus Aquatic Centre during the Commonwealth Games. 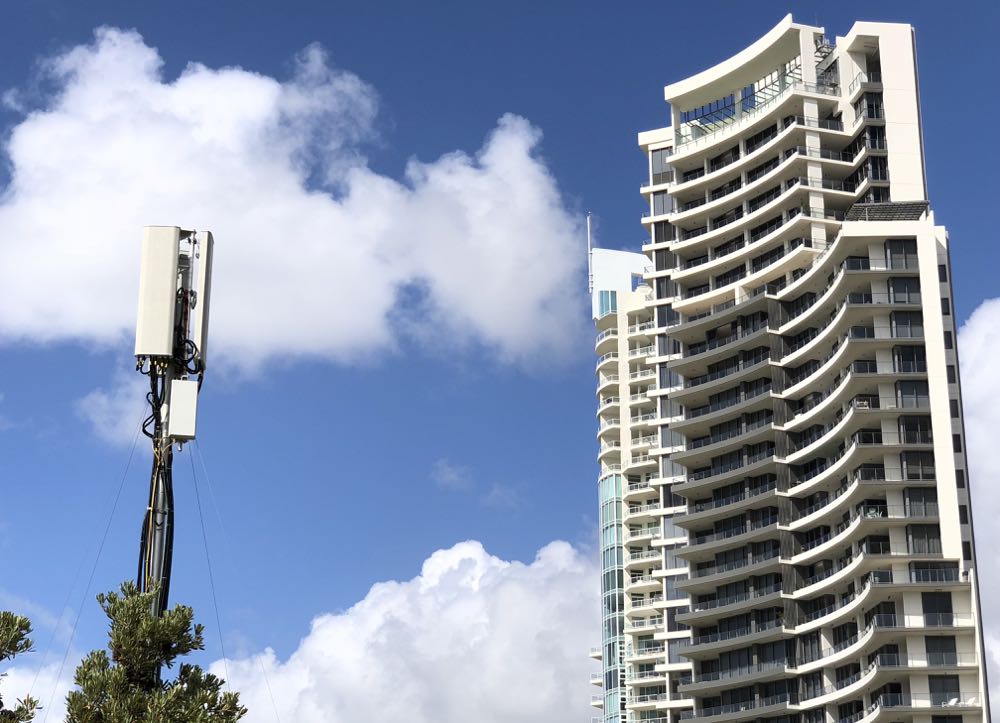 To demonstrate the speed and capacity of the 5G network we were also driven along the Broadbeach shoreline in a specially-equipped Optus 5G van while watching a large screen streaming 8K video on the move.

A single 5G cell placed on a nearby tower facilitated the stream as we drove up to 500m away and back again. 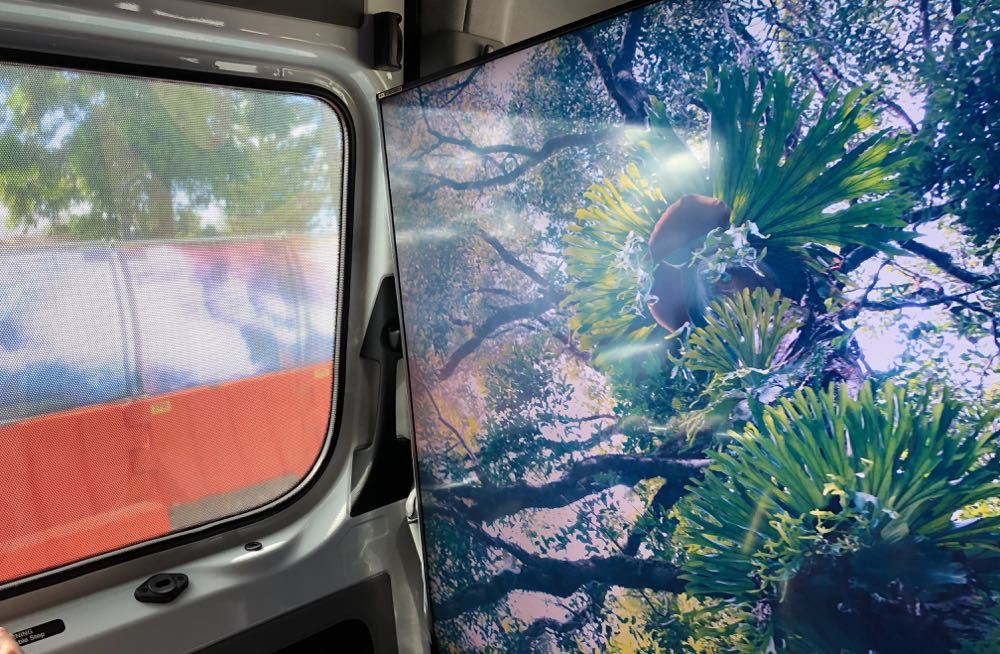 And all the while the video never skipped a beat, there was no buffering and it was sharp as a pin.

The Optus 5G showcase at Kurrawa on the Gold Coast is open to the public during the Commonwealth Games.