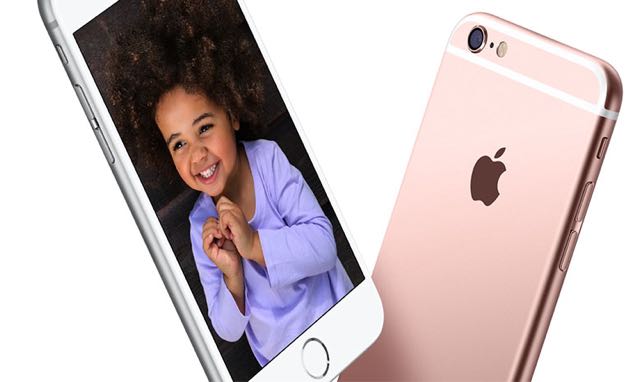 Live Photos – those moving photos you can take with the iPhone 6S and iPhone 6S Plus – can now be shared on the Facebook app so others can enjoy your mini moments.

When you take a Live Photo – the iPhone captures multiple frames for 1.5 seconds before and after you take your picture.

To view the Live Photo, users of the iPhone 6S and iPhone 6S Plus simply press the device’s 3D Touch display to set it in motion.

Now that moment can be shared on the Facebook iOS app.

This capability will roll out to a small percentage of users globally and then widen in the new year. 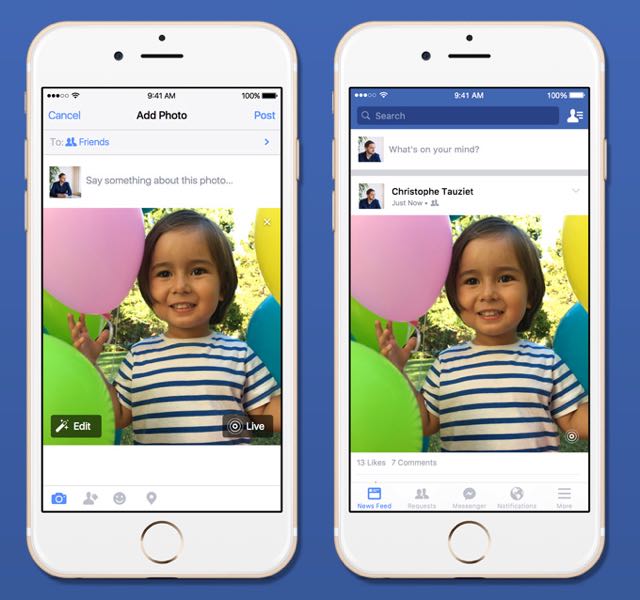 Anyone running iOS 9 on their iPhone will be able to experience Live Photos in the Facebook app.

Live Photos can also be viewed and shared across other Apple devices including iOS devices running iOS 9 or later along with the Apple Watch and Macs running OS X El Capitan.

1. From News Feed, click Photo and select your Live Photo (look for the concentric Live Photo circle in the corner)

2. Before you hit Post, tap on the lower right hand corner of the photo where it says “Live” – this will ensure you upload in the Live format.

* You have to remember a Live Photo has some subtle movement so a picture of a statue is not going to give you much.

* When photographing people, you can see the smile appear on their faces.

* Pets are also great subjects and they can show their personalities with subtle movements.

* If it’s a landscape you can catch some trees swaying in the breeze or waves rolling on to the beach.

HOW TO TAKE THE BEST LIVE PHOTOS

1. Remember to focus on a great 12MP still first. The 12MP image is at the heart of a good Live Photo and it will be the first thing people will see.

2. Live Photos also include audio. This really adds to the experience of a Live Photo

3. Watch for the Live indicator (in a yellow box) to disappear. This lets you know that you are no longer capturing

4. Remember that a Live Photo is a photo. You’re not shooting a video so try not to move the iPhone too much.

5. You’re also recording audio so be sure to use fingers to count down 3, 2, 1 instead of verbally saying 3, 2, 1. Also make sure you don’t say anything you wouldn’t want others to hear when showing your Live Photos off to friends and family.