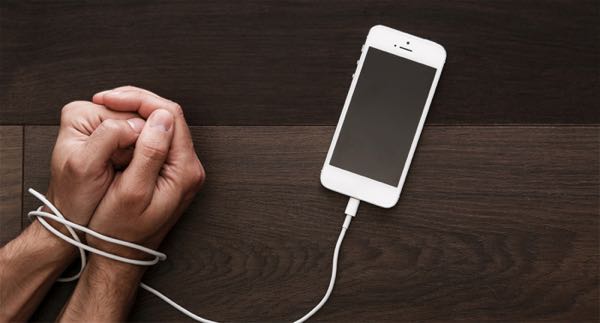 Do you have nomophobia – a fear of being without your phone?

Do you have a fear of being away from your smartphone? That’s a real fear with a real name – it’s called nomophobia and more than one in four Australians have admitted they have this dread of disconnection.

This research, commissioned by Huawei to celebrate the launch of Huawei Watch 2 which can take its own 4G SIM card, shows that 28 per cent of Australians said leaving their phones behind could ruin their day.

And 26 per cent confessed they couldn’t feel themselves and found it hard to function without their phone by their side.

Nomophobia is defined by the Merriam Webster dictionary as the fear of being without access to a functioning cell phone.

Our connection to our phones is greater than ever before with 96 per cent admitting to carrying the device with them at all times and 37 per cent feeling disconnected if they are separated from their phone.

And it appears nomophobia comes from FOMO (fear of missing out) with 24 per cent saying they don’t want to miss family moments and key social events.

Yet 33 per cent have admitted to missing something happening right in front of them because they were looking at their phone.

Phones have caused arguments between couples for almost one in four (24 per cent) Australians while another 29 per cent say their phone distracts them from their partner, their kids and their friends.

Even in the workplace, 26 per cent feel less effective in their jobs without a phone and one third (37 per cent) would be late for work to make sure they had their phone with them.

“Our mobiles have become such an important part of our everyday lives that the prospect of being without it can cause serious anxiety – even at times when it’s totally impractical to carry it,” said Marc Di Giacomo, Head of Marketing, Huawei Consumer Business Unit of Huawei Australia.

“The research revealed that of those Aussies who have ever broken a phone, one in six admit to having done so whilst doing something they shouldn’t have been carrying their phones for. Five per cent even admitted to carrying their phone whilst taking part in extreme sports, such as sky diving!”

“This close bond is hardly surprising when you consider that many of us use our phones instead of more traditional devices to complete every day activities; such as finding our way from A to B, listening to music, or even telling the time.

“With the Watch 2, Aussies can do all these things and more, even when it’s totally impractical to carry a phone.”

DO YOU SUFFER FROM NOMOPHOBIA?