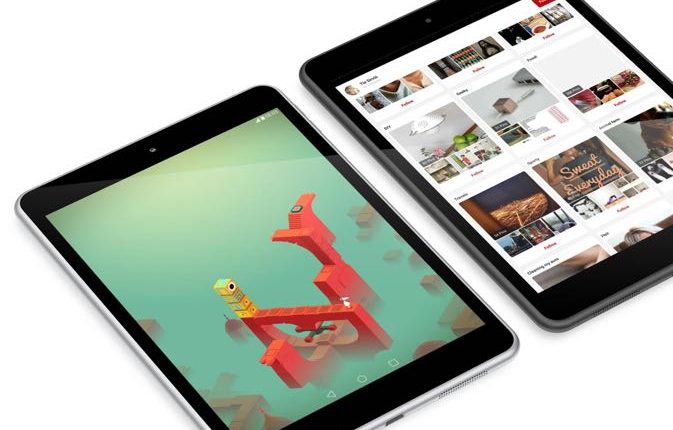 Nokia has jumped back into the hardware business with the launch of the N1 7.9-inch tablet running the Android operating system.

Microsoft purchased the Nokia handset and services last year for $7.2 billion but the Finnish company has decided to return to the consumer market.

The N1 tablet, which looks a lot like Apple’s iPad Mini, will be built in partnership with Foxconn – the company that manufacturers Apple’s iPhones and iPads.

The device has a very similar design to the iPad Mini right down to the rounded edges and screen size. It is 6.9mm thick and weighs 318g.

It also has an 8-megapixel camera on the back and 5-megapixel front-facing camera.

The company says the N1 tablet will be the first of many devices released under the Nokia name that may possibly included an Android smartphone.

This comes after reports Microsoft is set to drop the Nokia name from its smartphones and tablets in favour of the Lumia brand.

Nokia was the runaway leader in the mobile market until Apple turned the smartphone market on its head with the iPhone in 2007.

At that time Nokia decided to stick with its Symbian operating system while Apple developed its iOS software and Google was working on Android.

The companies lining up to take on Apple in the growing smartphone market decided to adopt the open Android system to run on their devices with companies like Samsung and HTC dramatically increasing their market share.

Nokia, meanwhile, decided against using Android and its slide in the mobile market had begun.

Microsoft came along in 2011 and took on Nokia as a hardware partner on the proviso the Finnish company only run the less popular Windows Phone operating system on its devices.

The move this week with Nokia deciding to run Android on its new N1 tablet and possibly its future smartphones may see the start of the company’s climb back up the smartphone ranks.

One can only imagine where Nokia would be today if it decided to adopt Android on its devices before Samsung and Apple starting dominating the market.