One unexpected benefit of the popular Pokemon Go app is that fact that millions of players are exercising more than ever before and now a new app can turn that monster hunt into a personal workout challenge.

PokeFit for Pokemon Go is a new free Android app that can map your routes and work out your calories burned, distance travelled, steps and the duration of every hunt.

The app can also override the screen timeout setting on your Android device to keep your display on while you play.

PokeFit can also track your data usage and provide a way to manage your battery usage as well. 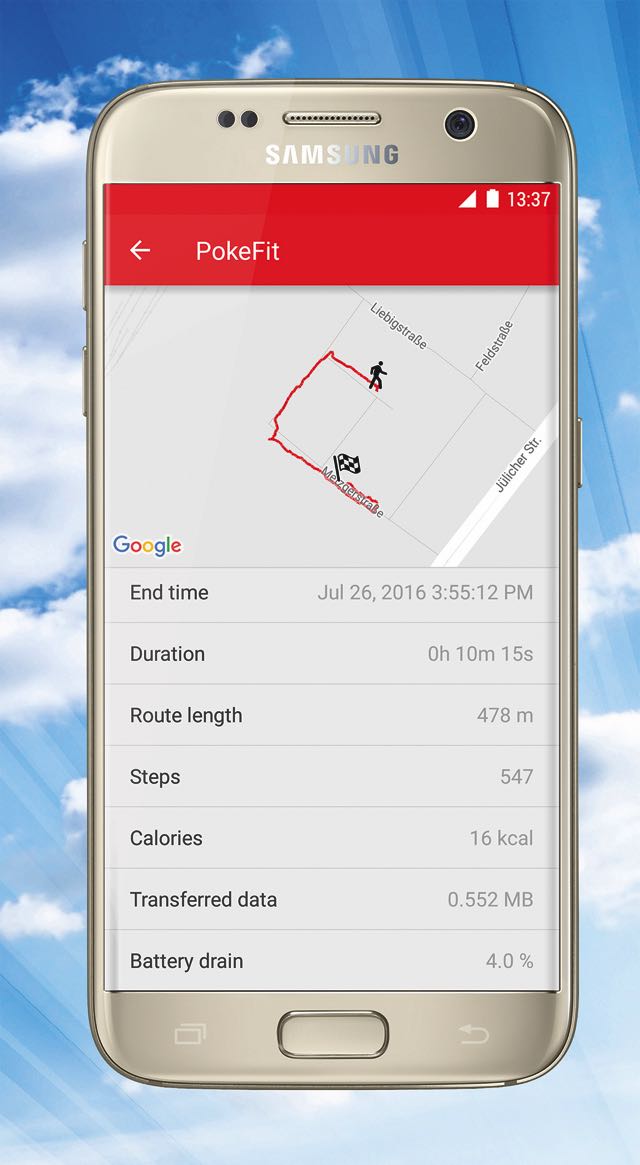 While you’re logged into Pokemon Go, PokeFit can overlay your personal fitness stats in a transparent window over the augmented reality display.

You can also simply open the PokeFit app to see all of your stats directly. 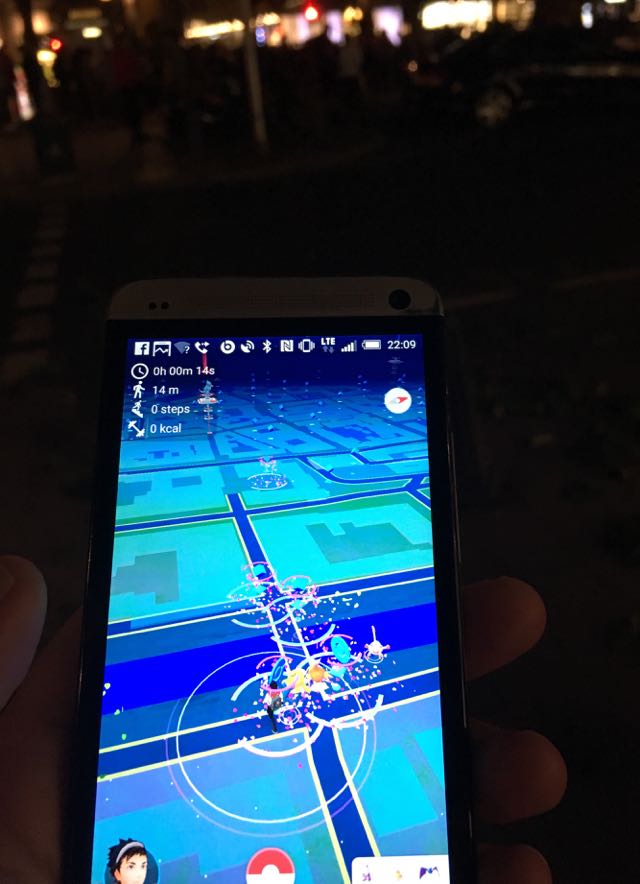 Once installed, PokeFit (unlike other fitness trackers) works automatically and the settings can be customised to record your stats by session, day or month of your Pokemon Go play. 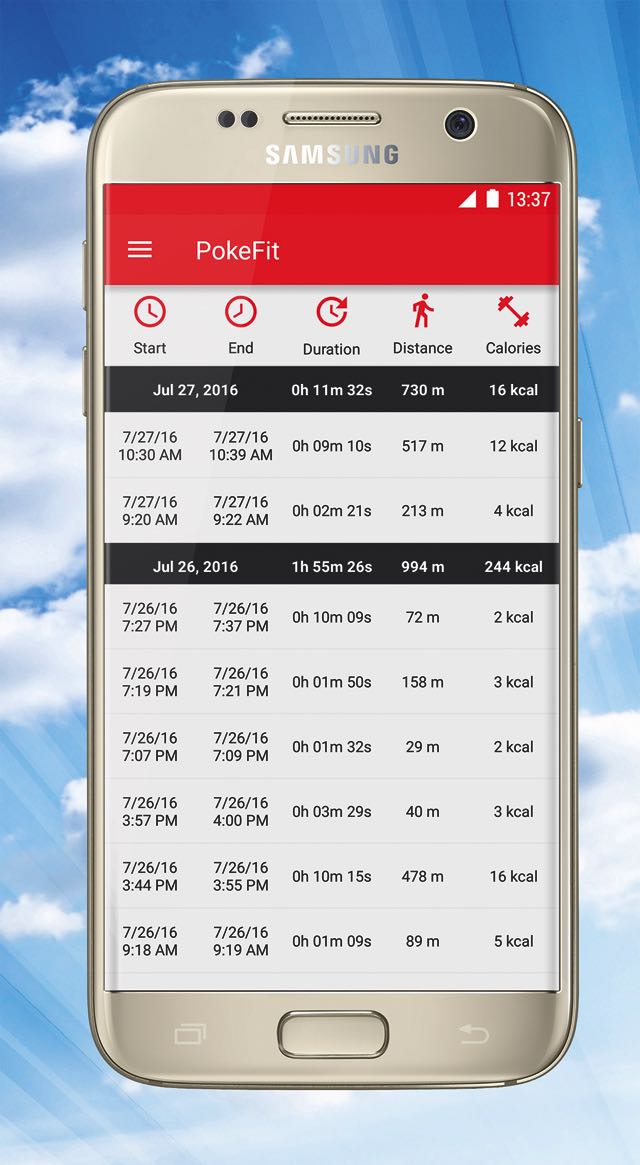 P3 Insight is a data analysis company and, just days after the release of Pokemon Go, used its vast resources to anaylse real data usage patterns.

It found the average player was using between 10 and 15 megabytes of data per hour. 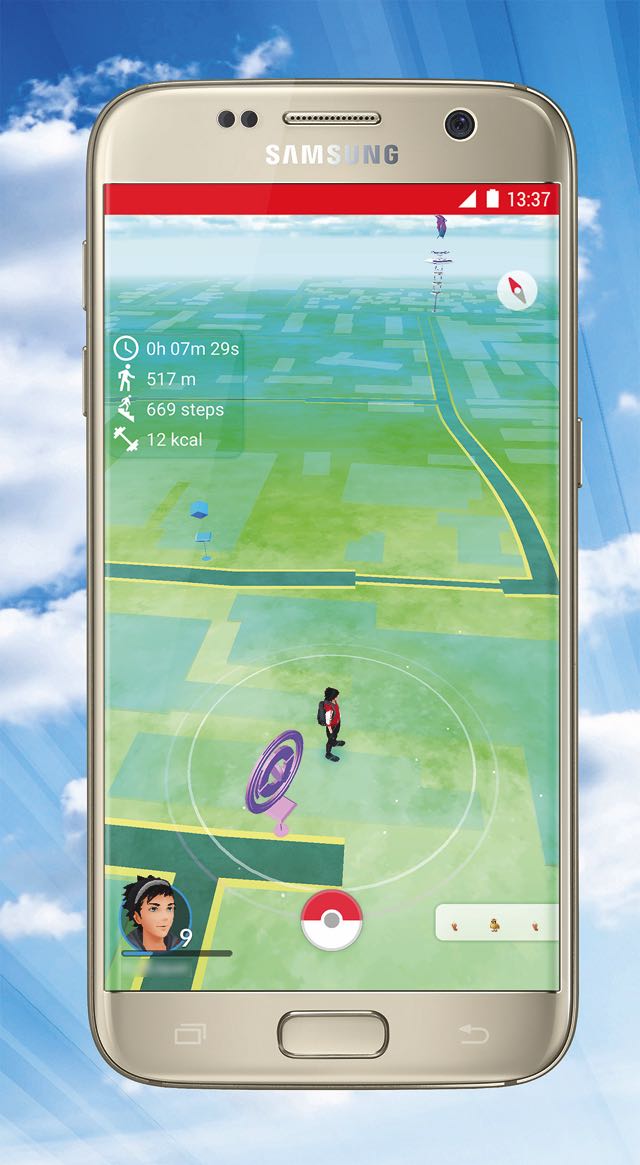 P3 also found that Pokemon Go has the highest battery drain rate.It drains nearly a third (29.7 percent) of an Android phone’s battery in one hour, compared to 20.8 percent for Google Maps, 18.2 percent for Facebook and 17.6% for YouTube.

PokeFit is available now for free from the Google Play Store.